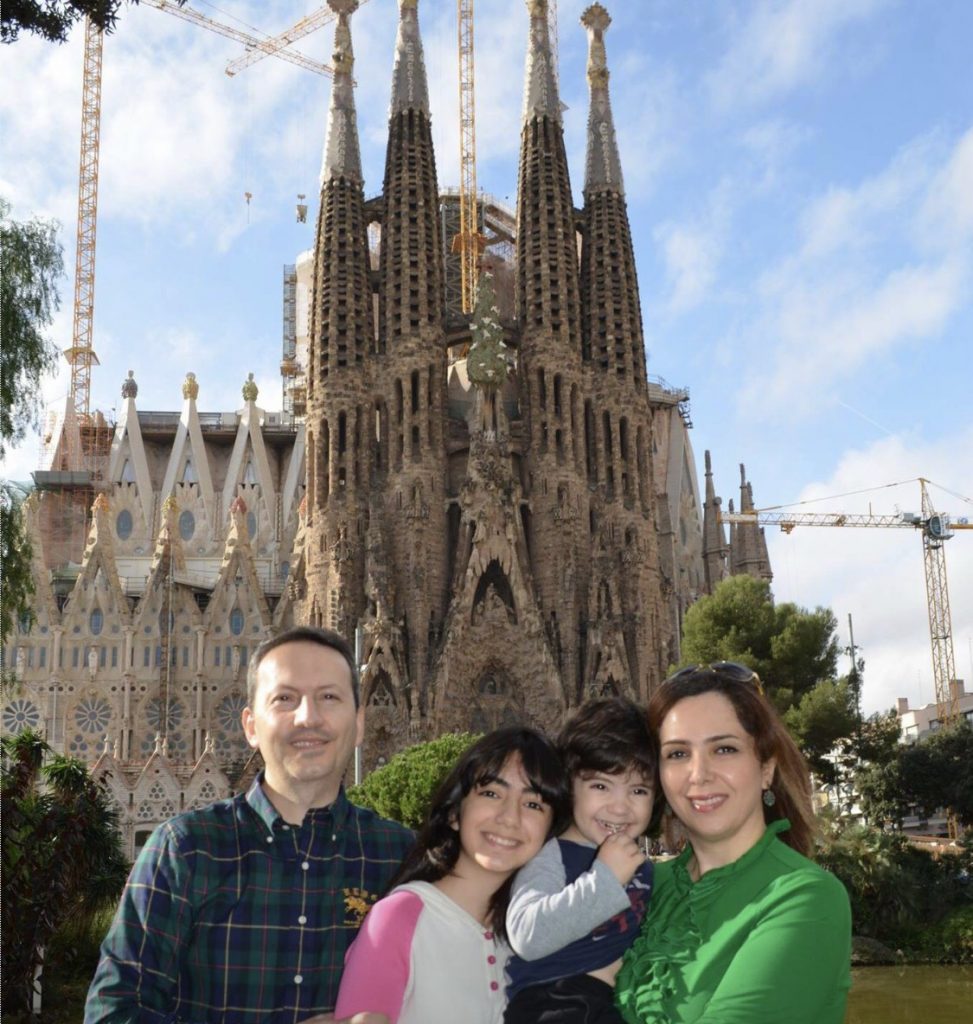 Professor Ahmadreza Djalali with his family in Barcelona

The International Humanist and Ethical Union (IHEU) has become increasingly concerned about the well-being of Professor Ahmadreza Djalali since we last reported on his situation.

Last month, Djalali was threatened with the death sentence in Iran as a matter of “national security”. He was travelling to attend workshops at universities in Tehran and Shiraz, when he was arrested by security forces and accused of “collaboration with a hostile nation” and “enmity against God.”

In protest against the Iranian authorities barring him from having his own lawyer, Djalali has been on hunger strike since 26th December and refusing liquids since 24th February; now his condition has critically worsened. He weighs only 55kg, having lost 27kg since his arrest and is experiencing a number of health issues, including fainting, blood in the urine, kidney issues, seizures, heart, and stomach pains. He is only allowed to call his family for two minutes once a week.

Of his grave situation, his wife, Vida Mehrannia, commented to the IHEU, “If Ahmad is not released soon, he will die in prison due to poor health, he is in need of urgent medical care […] He is emotionally devastated and cannot stand being in prison for any longer.

“He is a doctor, researcher, scientist, a son, husband and a loving father. It has been nearly a year now since we last saw Ahmad, a year too long. Our family is broken apart and devastated.”

Appeals from the international community 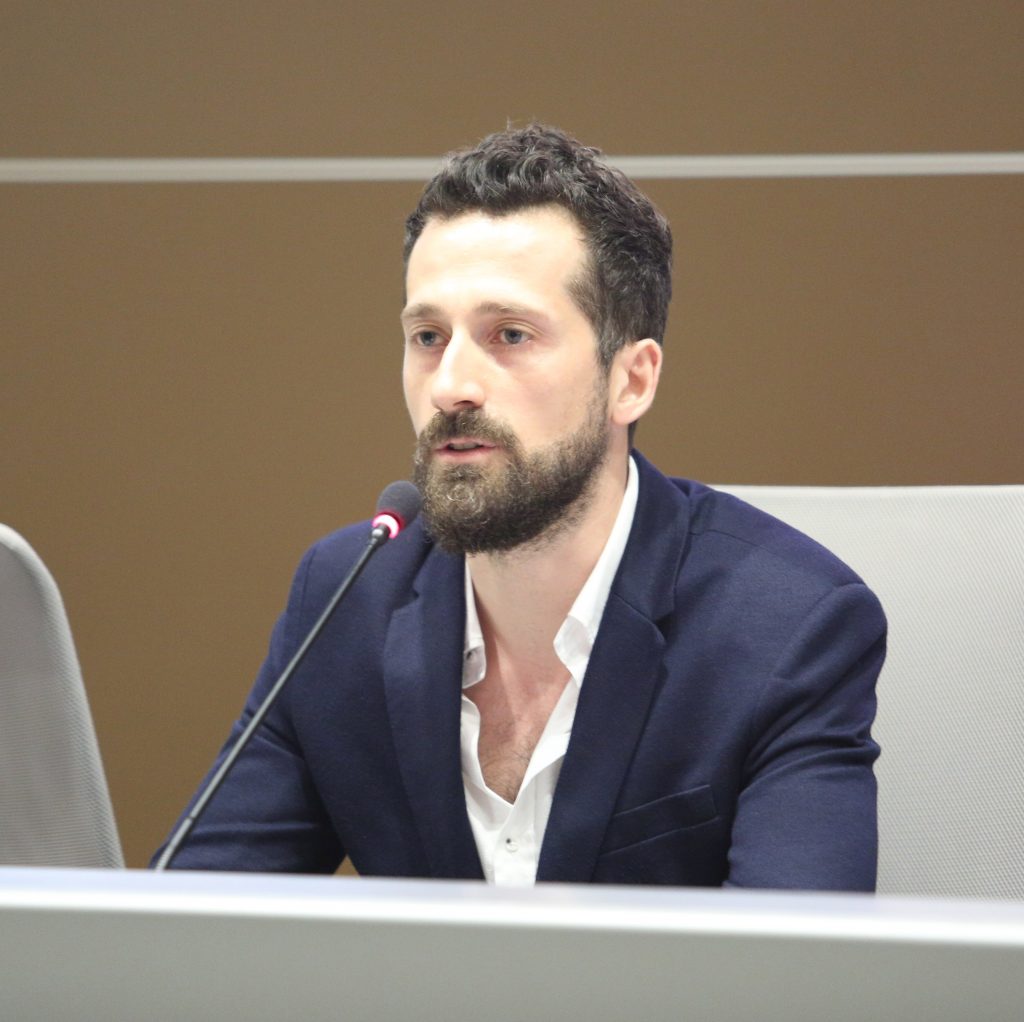 At a recent press conference in Italy a colleague and friend of Djalali, Luca Ragazzoni, appealed to the International scientific community to support Ahmadreza Djalali by reconsidering participation in any future scientific events held in Iran.

He said, “Physicians for Human Rights (PHR) have already made an appeal to the Ayatollah ‘Ali Khamenei. Besides these appeals there is of course the one of Ahmad’s family, who desperately want to be reassured on Ahmad’s critical health condition”.

Djalali’s case at the UN 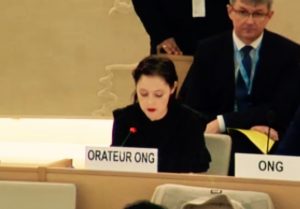 IHEU director of advocacy, Elizabeth O’Casey, speaking at the UN

IHEU director of advocacy, Elizabeth O’Casey, raised his case at the UN Human Rights Council this morning, as well as making UN personnel working on Summary Execution and Iran aware of his unfolding situation.

Highlighting Djalali’s case – along with that of  Cheikh Ould Mohamed M’Kheitir who is also threatened with a death sentence, in his country Mauritania – O’Casey argued that, “All these men have done is sought to use their enquiring minds to promote truth and progress for society; and for that they are threatened with state-sponsored killing.”

She also noted that for Nowruz [the Persian new year], Khamenei has promised to release some prisoners in the country, and called for Professor Djalali to be one such prisoner: “He is a doctor, a researcher, a scientist; all he did in Iran was to attend university workshops to share professional knowledge and learn from colleagues […] We urge Iran to quash the death sentence, drop the wholly unjust charges, and release Djalali without delay.”

Djalali’s wife has appealed for help: “My husband, Ahmadreza Djalali, dedicated his life to helping others and trying to save lives. Now he needs help, we desperately need the help from the Science Community, different European Governments and the European Union to ask for the safe release of Ahmadreza to us.” 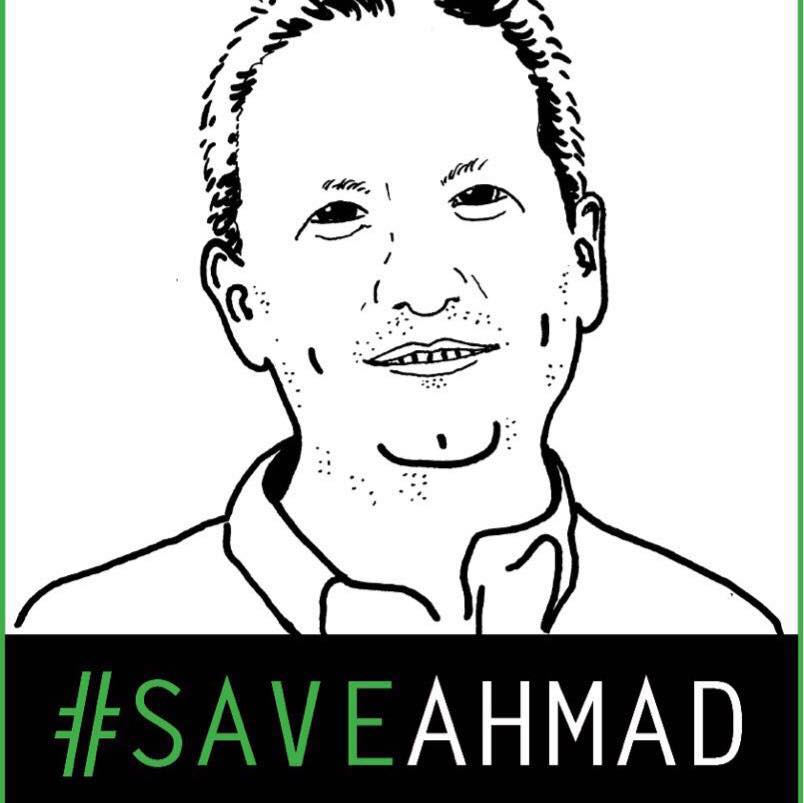