Today, for World Humanist Day the International Humanist and Ethical Union (IHEU) is launching a crowdfunding campaign to protect humanists at risk around the world.

The campaign at gofundme.com/whd2017 comes after the IHEU’s annual Freedom of Thought Report has tracked a rise in targeted violence against non-religious people. 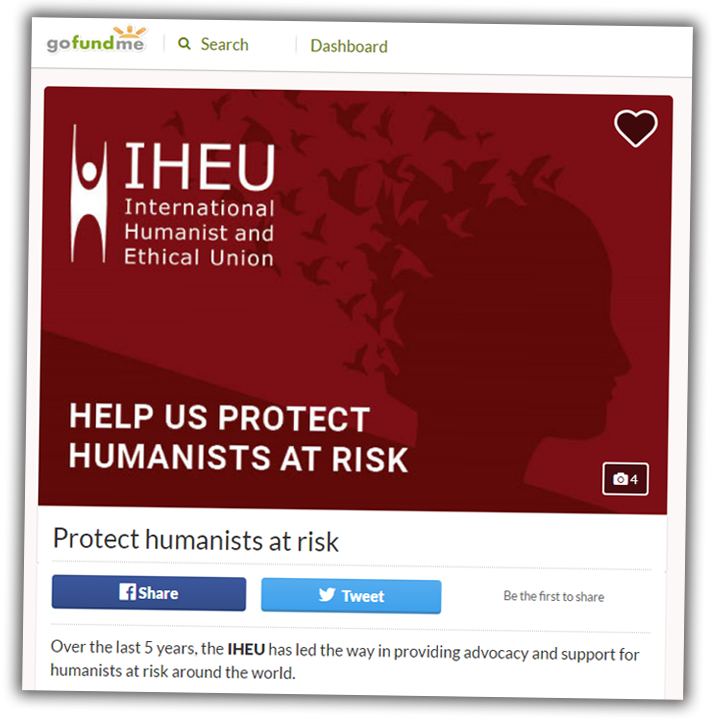 The IHEU is the democratic global umbrella body for the worldwide humanist movement, with 140 Member Organizations in nearly 60 countries around the world.

“It has never been more important that our global community comes together to support those in need.

“As we see a rise in targeted violence against the non-religious, in particular at the hands of Islamist extremists, it is important that as a global organisation we have the resources we need to provide effective advocacy and support to those in need.” 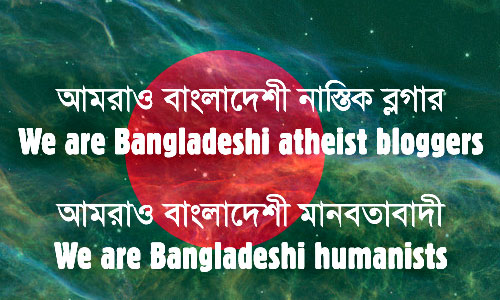 As well as pressuring via international institutions states that persecute the non-religious, the IHEU has worked to support and advice individual humanists at verified risk. After a series of murders of humanist and secularist writers and activists in Bangladesh, the IHEU helped to support or relocate dozens of threatened individuals.

“Over the last 5 years, the IHEU has led the way in providing advocacy and support for humanists at risk around the world.

The IHEU is at the forefront of identifying and raising awareness of a disturbing new trend:

— growing violence and discrimination targeted at non-religious individuals and groups around the world.

We want to keep highlighting and campaigning on this topic and defending individual humanists at risk. And we need your help.

Here are just some of the ways your gift may help:

•  £20 would cover the cost of producing a letter of support for someone whom IHEU has verified is at risk and who is claiming asylum
• £100 could fund direct personal advisory support between IHEU officers and individuals at risk
• £400 could support a high-level meeting between IHEU and representatives at international institutions such as the United Nations
• £700 could fund one of our Member Organizations from a hostile country to be represented as part of our delegation at the UN Human Rights Council
•  £2,000 could support someone whom IHEU has verified as at risk to their life to get to safety

In countries like Bangladesh, Pakistan, India and the Maldives, humanist bloggers and activists have been repeatedly targeted by Islamist militants, and even murdered for their work. These are humanists, championing human rights, equality, and bravely daring to confront fundamentalism, even when surrounded by hostile groups.

And in thirteen countries around the world, the non-religious can be put to deathunder laws against ‘apostasy’ and ‘blasphemy’. In Saudi Arabia, Sudan and Mauritania this is a very real threat, with multiple people currently accused of ‘apostasy’ and facing possible death sentences.

We need your support to help humanists at risk.”

Continue reading the story at gofundme.com/whd2017 and please share the link.