The International Humanist and Ethical Union (IHEU) made its first statement to the 35th session of the United Nations Human Rights Council today by calling on the international community to stand up for secular human rights activists who criticise radical Islam and extremist ideology.

During a debate with the UN High Commissioner for Human Rights, Zeid Ra’ad Al Hussein, IHEU director of advocacy, Elizabeth O’Casey, raised some recent cases of particular concern to the organisation; cases of individuals murdered or “disappeared” with impunity for criticising Islamic fundamentalism and poor government action on the issue. 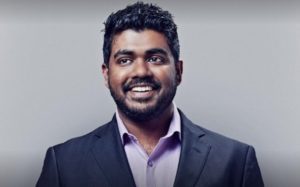 Yameen Rasheed was well-known as a satirist, taking shots at the government and Islamist radicals

O’Casey highlighted the case of Maldivian blogger, human rights activist and critic of his country’s slide into conservative Islamism, Yameen Rasheed, who was murdered in April. Yameen Rasheed had himself visited Geneva for the March session of the Human Rights Council with Forum Asia, earlier this year. The Maldivian President’s response to his murder was not announce that Islam should not be mocked in the Maldives!

Following the murder High Commissioner Zeid publicly called for an urgent investigation in to the killing and for better protection of political dissidents in the country.

On behalf of 30 countries, the UK delegation also raised Rasheed’s case at the Council, as well as the grave human rights situation in the Maldives generally. They called for “the Maldives Government to take steps to prevent the intimidation of human rights defenders including by those promoting violent extremism.”

Yameen Rasheed’s father was attending the Council at the time of the interventions.

O’Casey also raised the cases of those freethinkers murdered in Bangladesh with next to no repercussions for the perpetrators, and the forced disappearance of secular activists critical of militant Islam in Pakistan, earlier this year. 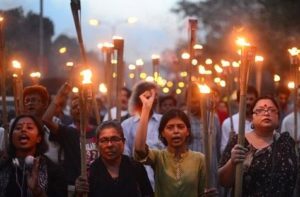 She pointed out that the only ‘crime’ of these activists and writers was to critique “the absurdity and monstrousness of Islamic fundamentalism” and for that, they were either violently murdered or forcibly disappeared, with no adequate police investigation by way of response.

She concluded that since “these people had the courage to speak out against extremism, intolerance and human rights violations whilst their governments remained silent, concerned by votes and retention of power,” the “very least” we owe them is justice. And that the international community needs to better protect the right to free expression for all those people who are brave and dignified enough to speak out against fundamentalism and their government inertia against it.

The promotion and protection of human rights has often depended on the courage of a few to stand up against intolerance and repression.

It is tragic therefore to witness the killing with impunity of individuals who have defended human rights in the face of radical Islamic forces and governments’ placation of them.

A recent example, which the High Commissioner himself has raised, is the murder of Yameen Rasheed – a human rights defender and critic of radical Islam – who came to this Council and spoke about the grave human rights situation in the Maldives and its slide into conservative Islamism.

Following Rasheed’s murder, President Yameen said the Maldives would not allow anyone to mock Islam.

His case if not unique. Rasheed’s journalist friend, Ahmed Rilwan, remains missing after being abducted in 2014, and Ismail Rasheed, a writer and human rights campaigner, barely survived his throat being slit near his home in 2012.

In other countries too, we have seen those seeking to criticise radical Islam and their governments’ lack of adequate response to it being killed with impunity; as we know, Bangladesh witnessed many free-thinkers being macheted to death for highlighting the absurdity and monstrousness of Islamic fundamentalism.

In Pakistan, this year, we saw the disappearance of secular human rights activists who criticised fundamentalist Islam, religious hypocrisy and the military establishment.

In all cases there has been a lack of adequate police investigation. Indeed, on the contrary, there have been attributions of blasphemy and blame against the victims.

These people had the courage to speak out against extremism, intolerance and human rights violations whilst their governments remained silent, concerned by votes and retention of power. The very least owe them is an insistence on justice, and to ensure protection for all those brave and dignified enough to speak out, as they did.