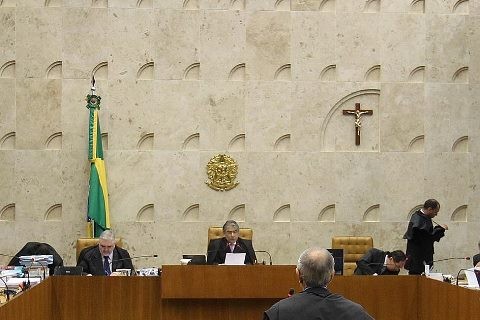 The Federal Supreme Court of Brazil with the crucifix hanging on the wall.

Tomorrow the Brazilian Federal Supreme Court will discuss the constitutionality of religious education in public schools. The last-minute decision of the Court to anticipate the discussion took the Brazilian Humanists off guard. For this reason they launched an urgent crowdfunding appeal to cover the travel expenses of their lawyer who otherwise could not be present in the Court. 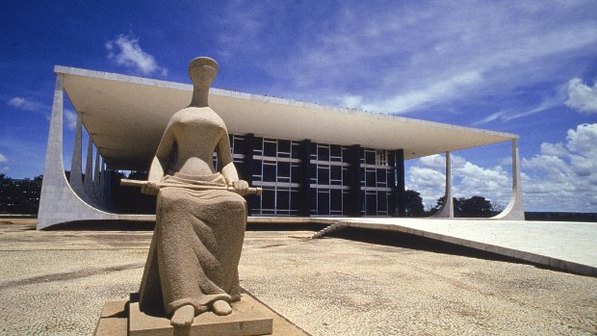 A view of the Federal Supreme Court from the outside

The Secular Humanist League of Brazil (LiHS) is looking for financial help to send its lawyer, Dr. Túlio Vianna, to represent the voice of Brazilian Humanist at the Federal Supreme Court tomorrow.

The Court will take an important decision on the legitimacy of religious teaching in public schools, often used as a tool of indoctrination, despite Brazil is formally and constitutionally a secular State.

Brazil is in fact known for the controversial and massive presence of religion in public schools. As reported in 2013 in this article published on the revue Pulsamerica, in Brazil “49% of public schools have obligatory religion classes”, while “79% of them provide no alternative classes for those who do not wish to partake in religious education and training”.

The logo of LiHS

LiHS, which is the only IHEU Member Organization in Brazil, does not have at the moment the financial resources to cover the travel expenses of the lawyer, being a self-financed, volunteer-based organization. The risk is that nobody would be present in front of the Court to represent the Brazilian humanists and to defend the claim for a secular education in Brazilian public schools.

“Our organization is concerned with finding a way to promote secular and Humanist values in Brazil, a developing country menaced everyday by anti-scientific and anti-illuminist forces.

“LiHS is committed to promote freedom of thought and speech, scientific research, agnostic and atheist visions of life to ensure our State which is secular by constitution. In order to achieve our goals, we need to be able to perform legal ad judicial actions and to represent our position in the appropriate venues with the help of our voluntary lawyers”.

To help our friend of LiHS, please donate $3 or more following this link: lihs.org.br/campanha