“Extremism must be met by swift and humane opposition”: statement on Charlottesville rally 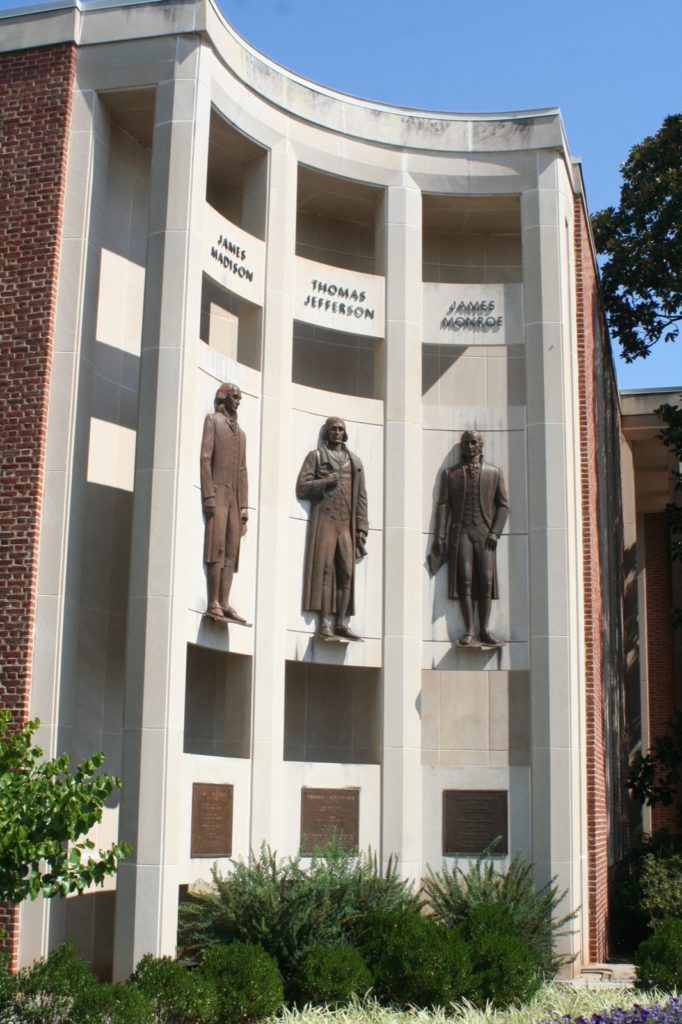 The facade of the Charlottesville city hall, with representation of of Thomas Jefferson, James Madison, and James Monroe, third, fourth and fifth presidents of the United States respectively, all of whom lived in or near Charlottesville (Wikimedia)

On Saturday afternoon, the town of Charlottesville, Virginia, became the scene of a rally by white supremacists, billed as “Unite the Right”. Groups of self-styled militia including the Ku Klux Klan carried weapons and torches, and rallying cries included racist and Nazi slogans.

There were violent clashes with counter-protesters. Heather Heyer, civil rights activist from Virginia, was killed in an apparent vehicle-ramming attack, allegedly carried out by one of the protesters.

One of the movement leaders, David Duke, had said the protesters were “going to fulfill the promises of Donald Trump” to “take our country back.”

Statement on the Charlottesville rally

We condemn in the strongest terms the hatred and white supremacist ideology represented by the Charlottesville protesters.

It must be clear that the central thrust of the “Unite the Right” march is extreme bigotry: its rhetoric seeks to divide and exclude Americans, and human beings generally, on the basis of race, origin or belief. We strongly resist all such ideology. Whatever genuine social concerns or political grievances may be associated with this ideology, they are dwarfed and rendered insignificant in the face of this fascistic reactionism.

We are also deeply concerned about the slow response of the White House to condemn the white supremacists as such. It is necessary and right that the government of free and democratic countries counter those who seek to foster hatred and division. In this instance in particular, many of the marchers themselves claim an affiliation or an inspiration from the president. Therefore a robust and principled response should have been made immediately, without reservation or equivocation.

We deplore the violent and segregationist message of the marchers, and we deplore the violence which has caused injury and fatality. Our thoughts are with all the victims of this weekend’s violence, including the friends and family of activist Heather Heyer. And our thoughts are with all the good people of Charlottesville who do not want and do not deserve that their town be associated with the hatred and bigotry of the far-right, neo-Nazi agenda.

As humanists, we stand for peace, democracy and human rights for all. There is a right to express political views that others may find offensive, but extremism must be met by swift and humane opposition. We will always stand together against racism and white supremacist ideology and resist the threat of neo-Nazism in these United States of America.