The International Humanist and Ethical Union (IHEU) has written to the office of the Malaysian Prime Minister, Najib Razak, in protest at the persecutory language and threats of legal action or “re-education” of atheists in Malaysia. 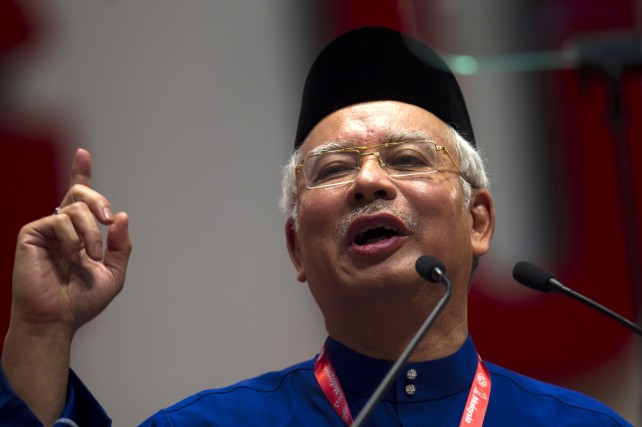 The letter comes after a photograph of an atheist group meeting in Kuala Lumpur went viral in the country, prompting death threats on social media. Government officials said the group would be “investigated” or “hunted down”, and the police inspector-general reportedly warned atheists that police would “scrutinise the existing laws to enable appropriate action to be taken should the atheist group cause anxiety among Muslims”.

IHEU’s previous condemnation of officials’ responses to the atheist group was reported in Malaysian media.

The IHEU Freedom of Thought Report has recorded in its entry on Malaysia that the Prime Minister himself has previously attacked “humanism and secularism as well as liberalism” as a threat to Islam because it rejects “religious norms and etiquettes” in favour of “extreme human rights”. And he has said: “We [the nation] will not tolerate any demands or right to apostasy by Muslims, or deny Muslims their right to be governed by Shariah Courts and neither will we allow Muslims to engage in LGBT activities”.

Our open letter follows in full below:

Re: Protesting the treatment of non-religious individuals in Malaysia

I am writing to you from the International Humanist and Ethical Union (IHEU), the global representative body of the humanist movement. We are an international NGO accredited at the United Nations through ECOSOC. Our members and supporters include a diverse range of non-religious organisations and individuals, from all around the world.

We wish to protest in the strongest terms the language of persecution used by your minister Mr. Datuk Seri Shahidan Kassim this month, in connection with the Kuala Lumpur atheist meetup group, the photograph of which recently went viral in your country and was reported around the world.

The idea that atheists should be “hunted down” by the authorities with the help of the public is essentially a mandate for a witch hunt, with all the human rights implications and risks to individual safety and security that this implies. To be clear, we believe the use of such language, and the instigation of such threats, puts individuals at risk of violent reprisal. These individuals have not been accused of doing anything more than meeting with like-minded friends at a private function.

These individuals have a right to freedom of thought and belief, and a right to freedom of association. They have not committed any apparent crime. And yet multiple government officials have spoken of the need to “investigate” their activities, though no law has been broken and no charges have been brought.

We note also your own previous language to the effect that “humanism and secularism as well as liberalism” are “deviant” and a threat to Islam and the state.

Atheists and humanists exist in every country. They have a right to exist. No culture, religious or otherwise, is homogenous, and homogeneity would be undesirable even if were possible. Disagreement and non-conformity, questioning and new ideas, are how human societies correct errors, and grow. This should not be cause for fear. Surely one lesson that is abundantly clear from the history of the world, is that attempts to suppress, to censor or to eliminate people with differing ideas or beliefs, whether political, religious, or philosophical, always have consequences that offend human dignity and destroy individual lives. It is far better to create a society that tolerates difference, and seeks to understand religion or belief  minorities (including the non-religious).

We ask you to permit, even to encourage, a variety of beliefs and ideas within Malaysia, to desist in attacks against non-religious individuals, and to discipline those within your government who persist in attacking atheists simply for holding atheist views.