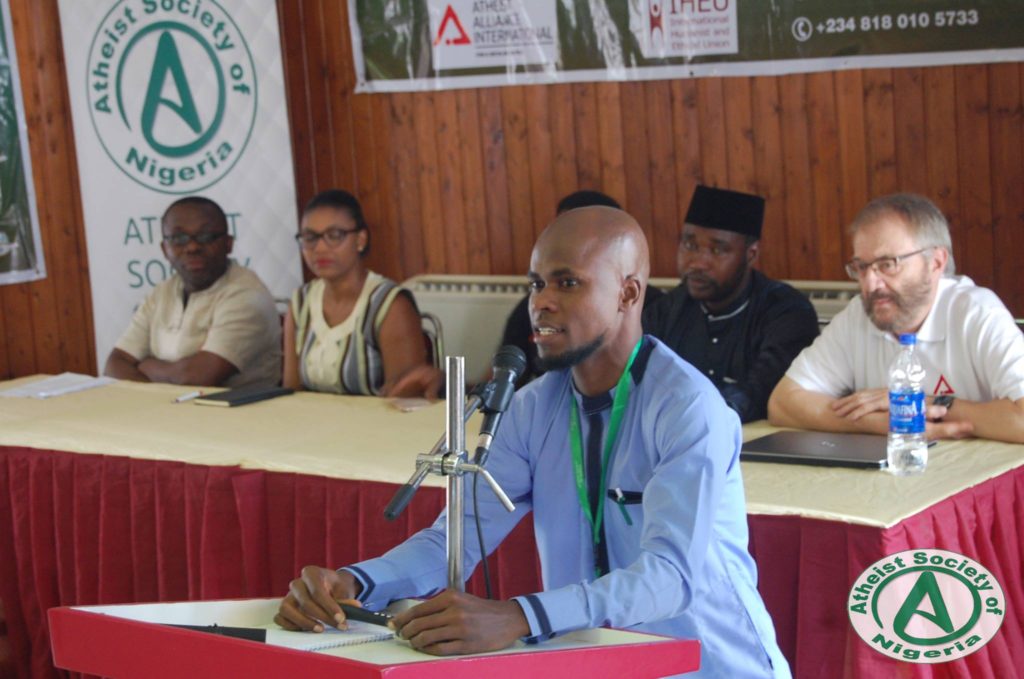 This month the Atheist Society of Nigeria (ASN) organised its first National Convention in Lagos. The International Humanist and Ethical Union (IHEU) supported the initiative with a grant for student delegates, through which ASN helped 20 Nigerian students to participate in the event. 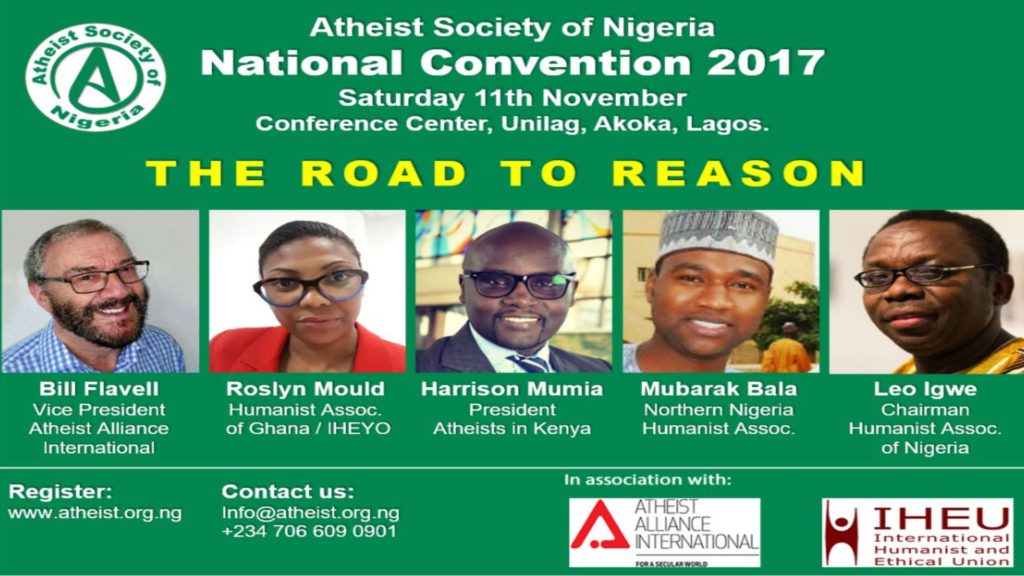 Atheist and Humanists from all over Nigeria gathered together in Lagos on Saturday 11 November to participate to the first National Convention of Atheist Society of Nigeria on the theme “Road to Reason“. The venue chosen for the event was the Conference Center of the University of Lagos – some photos of the event are available on ASN Facebook page.

Calistus Igwilo, President of ASN, welcomed all participants and introduced the panel of international speakers which included, among others, some familiar faces belonging to three Member Organizations of the IHEU: 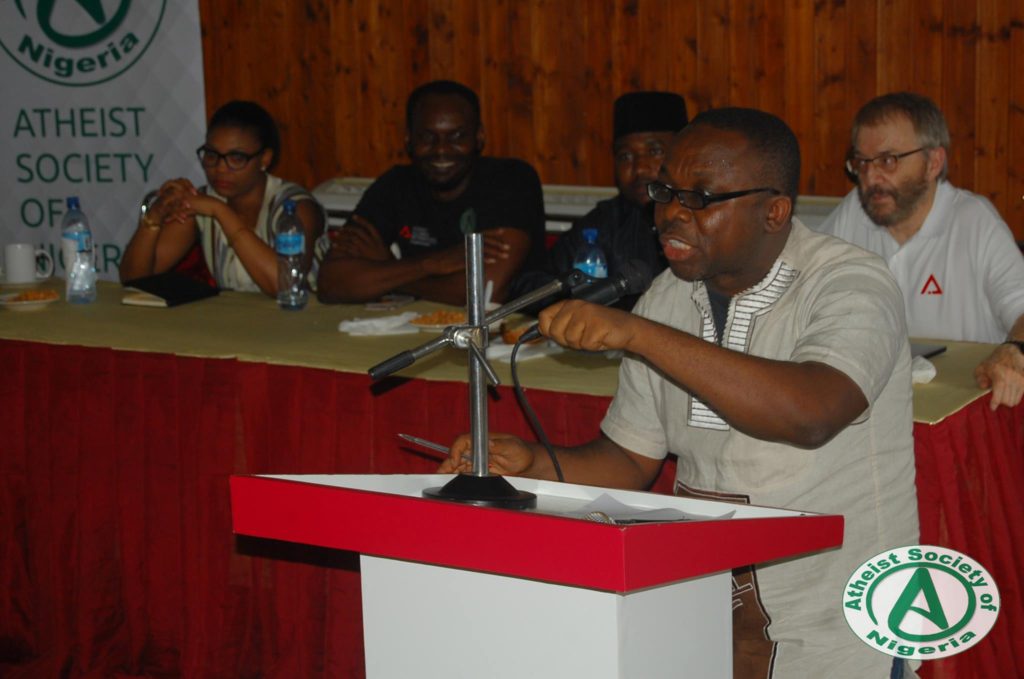 Leo Igwe during his speech

Leo Igwe gave a speech entitled “The Fate of Non Believers: Understanding the Challenges to Atheism in Africa” – a transcript of the text is available on ASN’s website. In his speech Leo showed all difficulties faced by atheists in Nigeria and in Africa, using real-life examples as well as comments taken from online discussions.

He concluded his speech with this remark:

“The path to atheism is a road to reason. It is a path marked by risky turns and dangerous twists.

Ensuring that the atheist movement remains on track despite these dire challenges that may occasionally yield crisis is critical to the future and survival of atheists and atheism in this region. Overcoming these personal, social, economic and political hurdles on this road to reason will be the litmus test of the resilience, vibrancy and vitality of the atheist, humanist and freethought organisations in the region in the years ahead.” 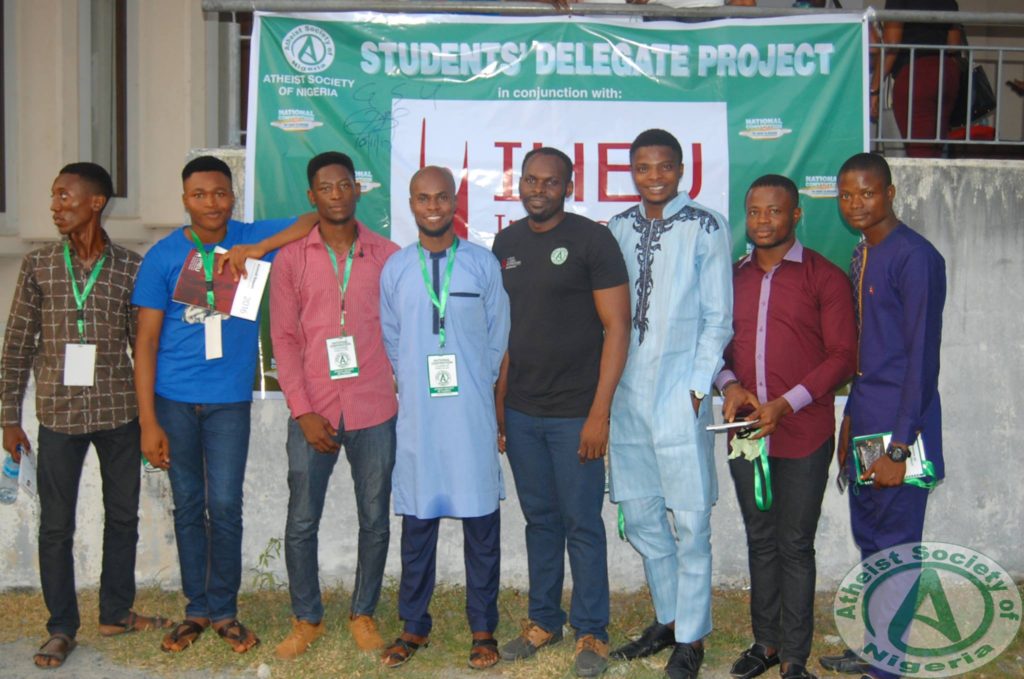 The IHEU supported the Convention with one of the grants recently awarded in the context of the “Humanist Regional Hub” project, which will be re-opened in the first months of 2018 focusing this time on Africa as IHEU’s priority region for 2018.

With the grant from IHEU, the Atheist Society of Nigeria, who has recently become a Member Organization of the IHEU, realised the “Student Delegates Project“, through which they helped 20 students from different Nigerian educational institutions to attend and participate at the Convention.

A video message from IHEU President, Andrew Copson, has been posted on IHEU Facebook page and then projected during ASN’s Convention.

In the message that you can see below, Andrew stressed that the future of the global Humanist movement relies on this kind of initiative and announced also that in 2018 the IHEU is going to announce many projects and collaboration opportunities with our Member Organizations in Africa.