In less than a month the International Humanist and Ethical Union (IHEU) organised three further Café Humaniste events in collaboration with its Member Organizations in Peru, Guatemala, and Colombia. The events represent astonishing new public participation and outreach for humanist groups in countries that were not previously holding public events, and other organizations are already planning to replicate the success.

In 2017 the IHEU launched the “Café Humaniste” project, a series of events meant to bring people together to discuss questions of interest and concern to humanists, wherever they are from. Get more information on how to organize a Café Humaniste! 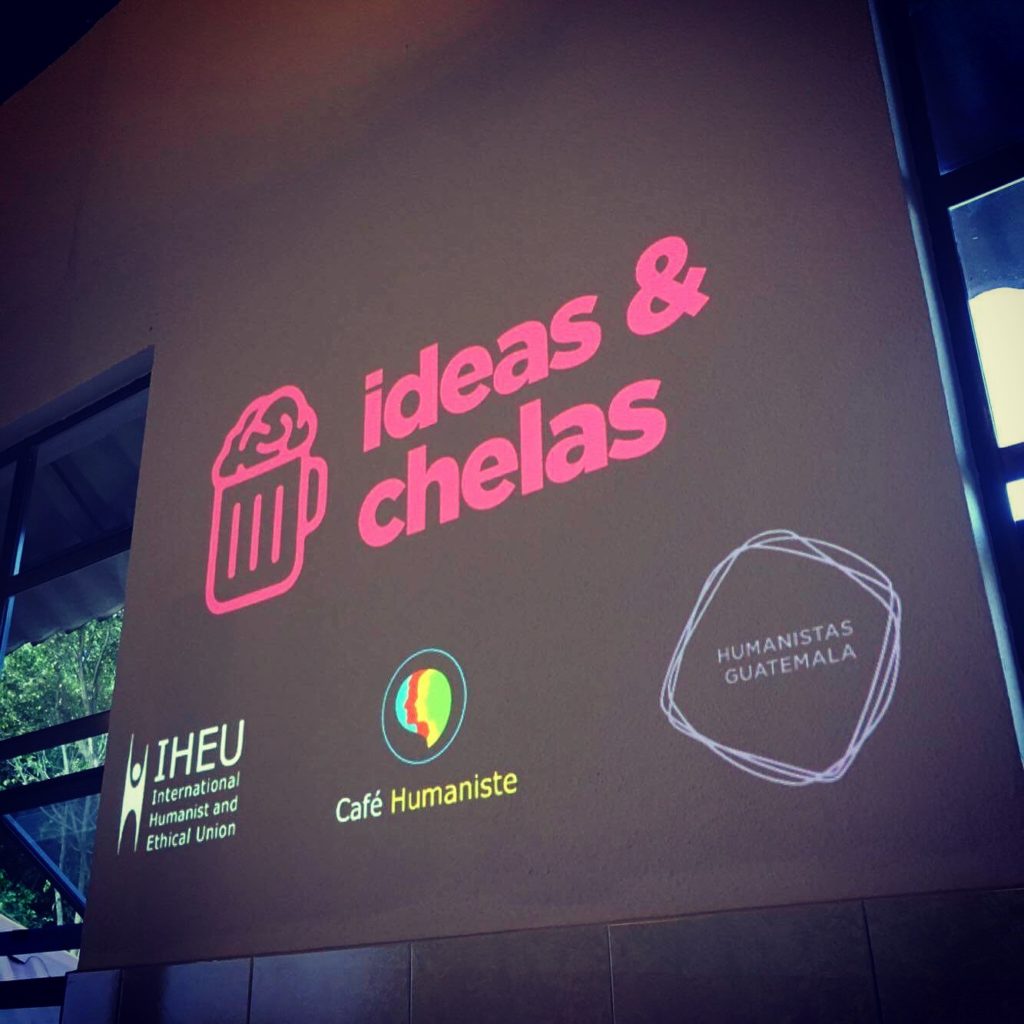 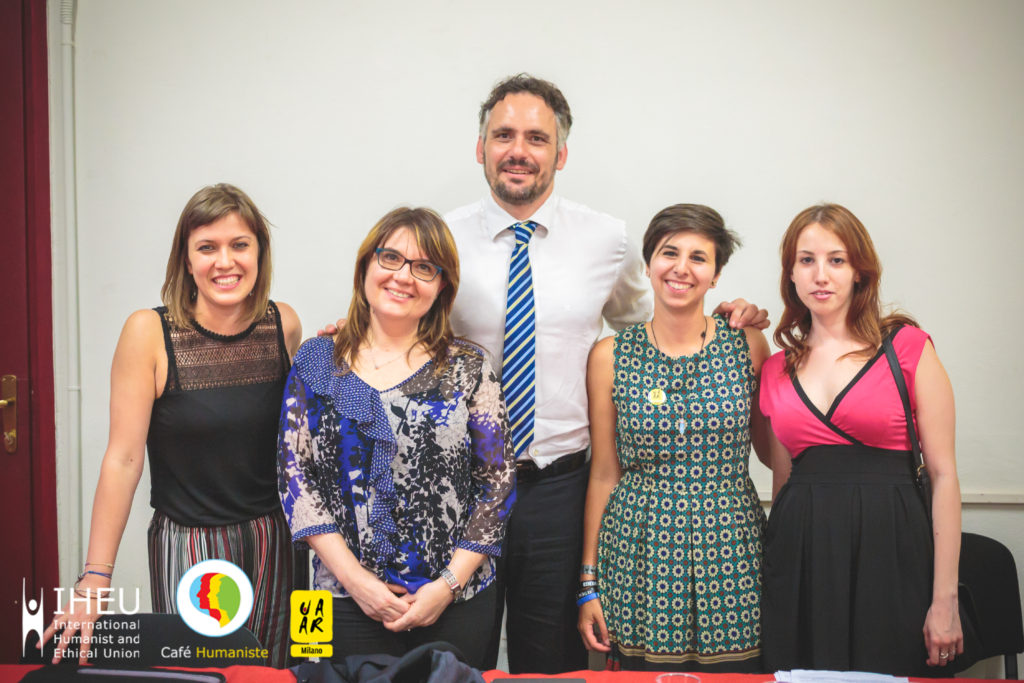 Earlier in the year, the pilot event of the series was held in Milan on 16 June in collaboration with the Italian Union of Rationalist Atheists and Agnostics (UAAR), on the topical theme: “What we talk about when we talk about vaccination?“.

The second Café Humaniste was held instead all the way across the ocean, in Guatemala City, in collaboration with Humanists Guatemala, on the theme: ”

Debating the political power of religions in Guatemala

The first of three new Café Humaniste held in the past month was organised again by Humanists Guatemala on 13 November. The event, entitled “Power games. Religion and politics”, consisted of a panel on the subject of religion and politics in general and in the context of Guatemala and the United States. It was carried out in the city of Antigua Guatemala in the skirts of Agua volcano in Sacatepequez. 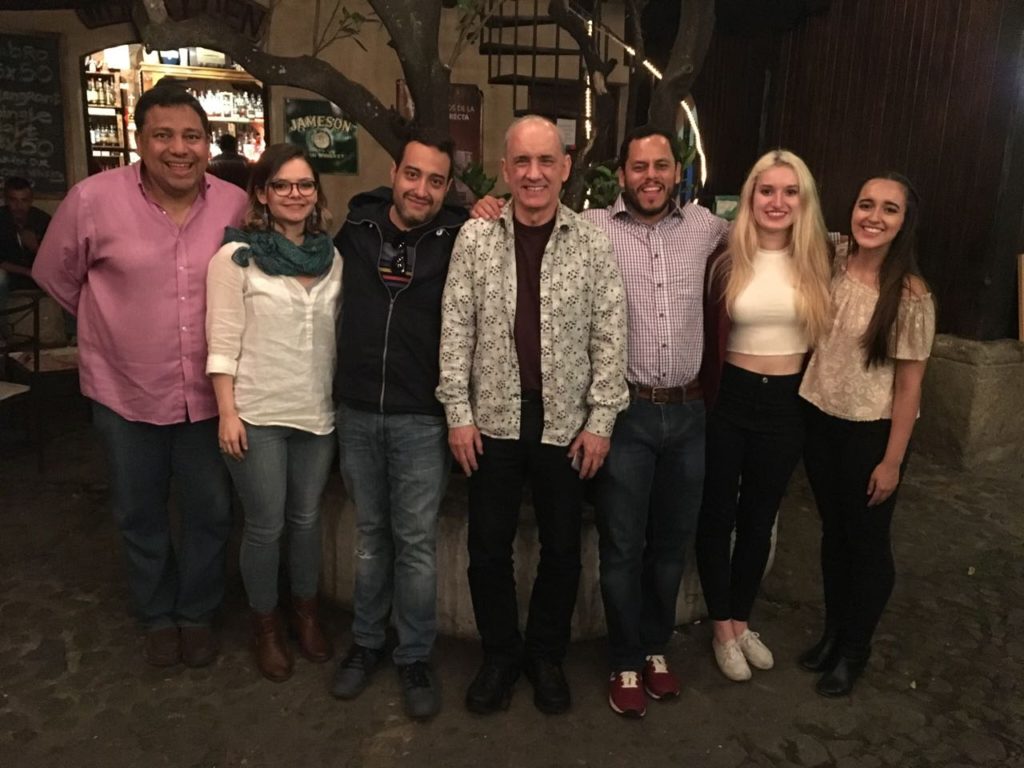 The speakers of the event with some members of Humanistas Guatemala

The main speakers were:

Almost one hundred people attended the event all along the three hours of discussion, after which all participants and speakers moved to a more informal venue to share a few drinks and chats.

Talking about morality in Lima 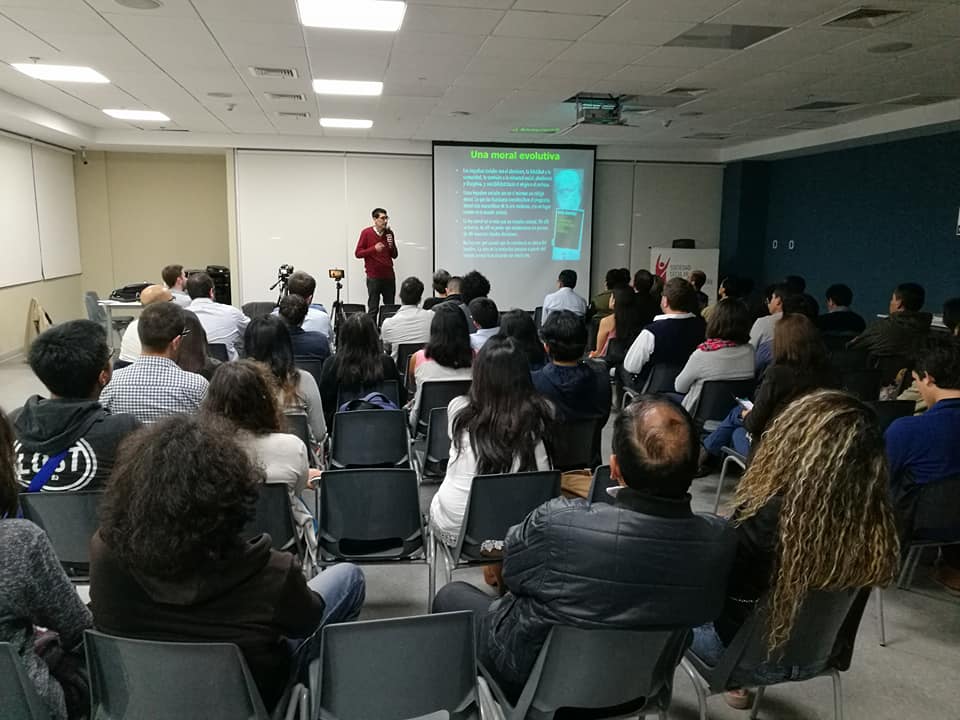 A moment of Iván’s presentation

On 21 November the Secular Humanist Association of Peru organised the fourth Café Humaniste in Lima, on the theme of morality as seen from a Humanist perspective. Together with the main speaker, Iván Antezana, the public debated the question whether morality is a divine gift or rather a product of evolution, as the research of contemporary ethology and biology suggest.

In fact, it is only recently that the old assumption “religion = morality” has been questioned by philosophers and scientists, after that for thousands of years theologians and apologists of all confessions claimed that religion was the only source of morality.

Reports of the Peruvian Café Humaniste attest that it was a success, with a fervent discussion that continued until 11 PM, as testified by the live streaming of the event.

Discussing the state of secularism in Bogotá

Finally, on 2 December IHEU Colombian Member Organization, Bogotá Atea, organized a Café Humaniste to discuss the separation of Church and State in Latin American countries and to present their “Report 2010-2017 on secularism in Colombia“, published in collaboration with Atheists of Bogotá and with a foreword from the IHEU.

The Café Humaniste has been the occasion to highlight the systematic violations of Secularism perpetrated by the Colombian State, including for example the imposition of religious images in public spaces, the use of State funding for religious events and activities, the fight against the rights of women and gay people, etc.

The Café Humaniste series does not end here! In 2018 IHEU will support even more events, this time in collaboration with our African Member Organizations, as our new priority region for the year under our Growth and Development plan switches from Latin America to Africa.

If you are interested in organizing a Café Humaniste with your own organization please read this guide and apply for a grant filling in this form.