Josh Kutchinsky – “one of the greatest friends to international humanism” – remembered

Josh Kutchinsky, one of the greatest friends to international humanism, died last night. He had been suffering from an interstitial lung disease diagnosed in 2016.

Josh was a committed organiser and phenomenal personality within the humanist movement, both at home in the UK, and internationally.

During many years of activism, he served as a trustee of Humanists UK, and then Humanists UK’s international representative to the International Humanist and Ethical Union (IHEU), as well as joining IHEU’s Uganda Humanist Schools Advisory Group. He was a founding trustee of the Uganda Humanist Schools Trust. In 2013 he received the IHEU Distinguished Services to Humanism Award at the IHEU General Assembly in Bucharest. 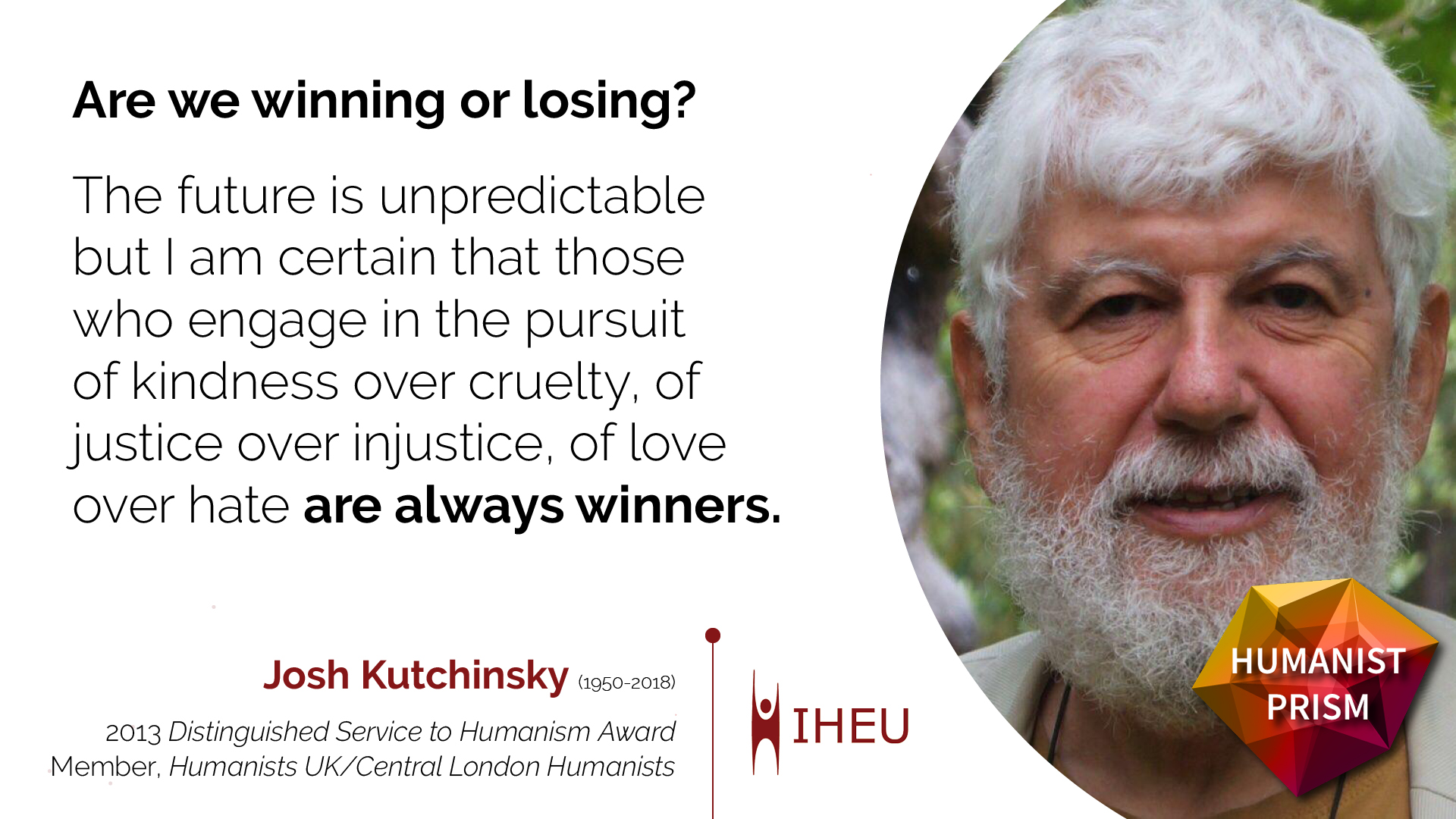 Josh was an early driving force behind the Central London Humanist Group, and he continued this and many other roles for some time even after moving to Montauroux in the south of France.

Josh was deeply enthusiastic and supportive of fellow humanists’ efforts. He loved meeting and whenever possible travelling to participate and encourage humanist activities around the world. Following on from the 2004 IHEU General Assembly in Kampala, Uganda, he founded an online support network sharing “good news and bad” among humanist activists from around the world which is still active today.

Born in 1950, Josh had worked as a teacher before immersing himself in the humanist movement. 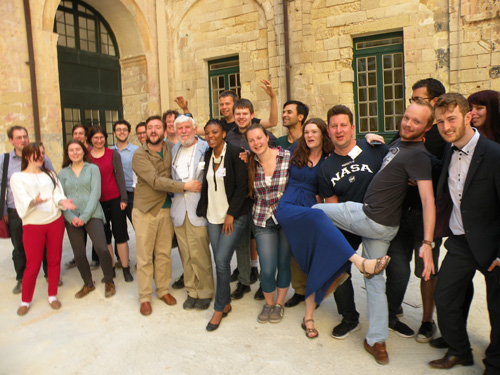 Josh, surrounded by friends at the IHEU General Assembly in Malta, 2016

He is survived by his wife, artist and writer Ginette Ashkenazy.

Andrew Copson, president of IHEU and chief executive of Humanists UK, said this morning: “‘I am deeply sorry to hear the sad loss of my dear friend, Josh Kutchinsky. Josh was a kind, generous, and big-hearted man whose loss will be felt by humanists around the world. I will miss his friendship and wisdom as will all those at Humanists UK who knew him. Our thoughts are with his wife Ginette and the rest of his family and we remember with gratitude his many contributions to the humanist movement, whether in education, humanist leadership, or the development of humanism in Africa.”

All at the IHEU are deeply saddened by the loss of Josh. We celebrate his life and salute him for his warmth and openness, his wisdom and his drive.