Café Humaniste goes viral: from Suriname to Kenya, Uganda and the Philippines 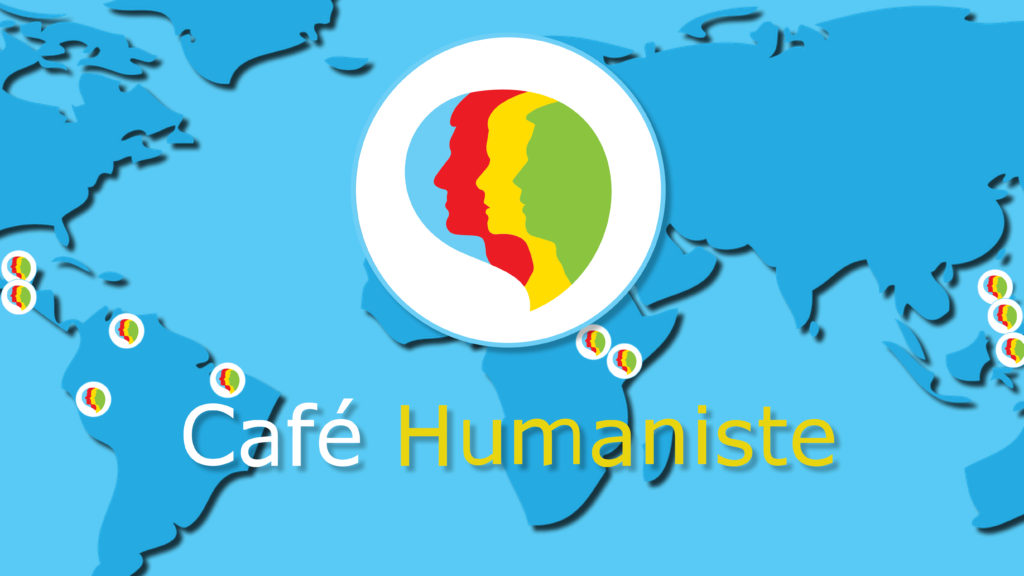 Our Cafe Humaniste event in Suriname last month was a great success and was featured in national TV news. Now, the International Humanist and Ethical Union (IHEU) announces a series of 5 Café Humaniste in Africa and Oceania, between March and April 2018.

On 19 January, Urban House Suriname (one of our newest Member Organizations) and the IHEU organised a Café Humaniste to discuss the situation of the human rights of transgender people in Suriname. The event was held in Paramaribo, Suriname’s capital city, in the art gallery De KuS. The venue is currently hosting the photography exhibition “ME” – a photo series of transgender people from Europe and Suriname.

The two main speakers were Belgian philosopher Pieter Meurs and Surinamese actress and humanist, Alida Neslo. Many young students of MERSD (Master in Education and Research for Sustainable Development) participated in the discussion, together with members of the organizations that supported he event – the Surinamese LGBT community, Parea Suriname, Change for Life.

Congratulations to our Member Organization Urban House Suriname for getting their #CaféHumaniste featured in national TV news! Read the report and the announcement of next 5 events on our website: https://humanists.international/cafe-humaniste-goes-viral-suriname-kenya-uganda-philippines/

The event has been covered also by the national television STVS (Surinaamse Televisie Stichting), with an in-depth interview with Aline Dusabe, Chief Executive of Urban House Suriname.

Freedom of Religion or Belief in Kenya

As announced announced last year, in 2018 IHEU’s new priority region under our Growth and Development plan switches from Latin America to Africa. Two Café Humaniste events have already been organised in collaboration with IHEU’s Member Organizations in Africa.

The first event will be held in Nairobi, Kenya, in collaboration with the Kenyan Humanist Association. The theme of this Café Humaniste reflects an important part of IHEU’s policy concerns: “Freedom of belief or religious freedom?” 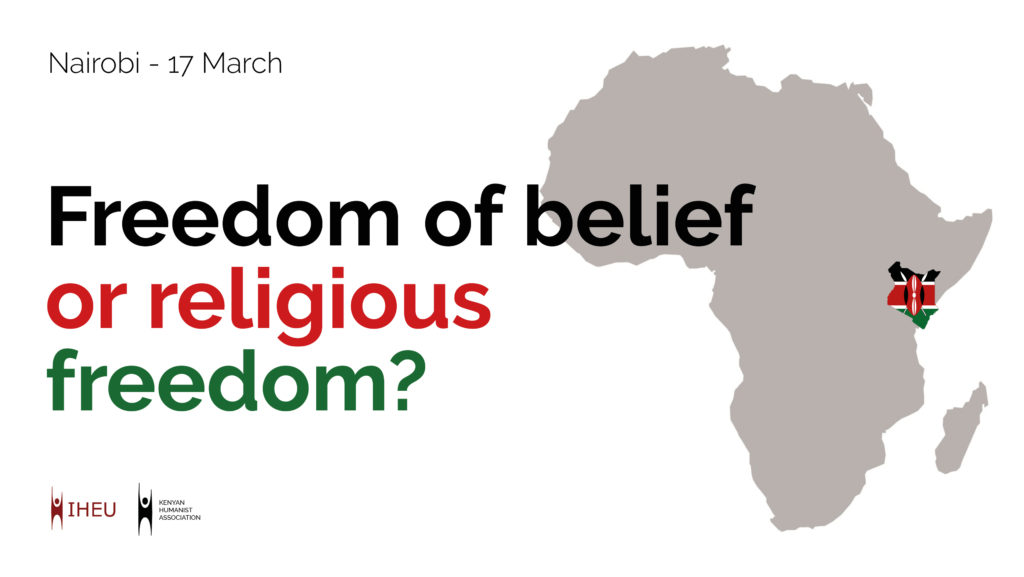 The question has global significance as we continue to campaign for the recognition that our “Article 18” rights (under the Universal Declaration) include secular and non-religious convictions under freedom of thought and belief, not just specifically “religious” beliefs. It is also a highly pertinent question in Kenya, as Article 32 of the Constitution of Kenya states that, “every person has the right to freedom of conscience, religion, thought, belief and opinion”, but too often this article is used to protect only “religious” beliefs. “What about other beliefs?”, argue Humanists in Kenya, who don’t hear about freedom of thought or freedom of conscience as often as they hear about religious freedom. That’s why they suggest using the far better umbrella term of “freedom of belief” in order to prevent “religious freedom” from becoming a Trojan horse for religious privilege.

The two invited speakers at the event will be: Bizimana Alex, lawyer at “Sichangi & Company Advocates” and graduate of Kenya School of Lawand Uganda Christian University; and Achieng Akena, lawyer, activist and Executive Director of The Pan African Citizens Network – PACIN. 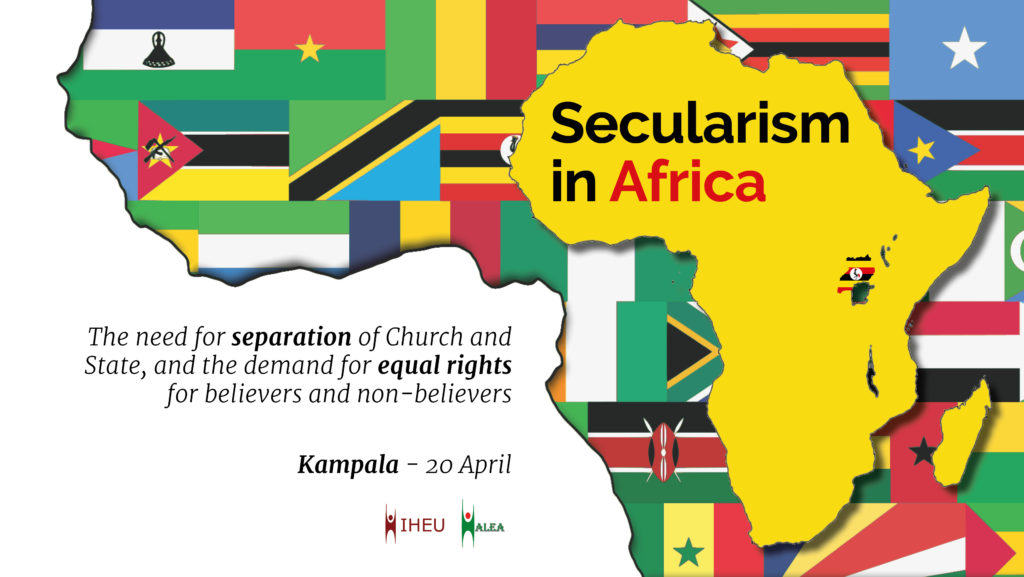 20 April will be the turn of the Café Humaniste organised by the IHEU and the Humanist Association for Leadership, Equity and Accountability (HALEA) in Uganda. The theme of this event will be: “Secularism in Africa”, covering “the need for separation of Church and State, and the demand for equal rights for believers and non-believers.”

Confirmed speakers of the event will be: Kato Mukasa (founder of HALEA and Board member of IHEU) who will moderate the discussion and briefly introduce the work of the IHEU in Africa and worldwide; Mugarura Don, scientist, secular activist and founder of Atheists in Uganda Association; Sserubiri Africa Uhuru, scientist, innovator and humanist activist. Other speakers will be announced soon, along with the venue.

The IHEU and the Humanist Alliance Philippines, International (HAPI) announced not one but even three events of the Café Humaniste series to be held in Bacolod, in the Negros Island Region.

3 Café Humaniste in the Philippines

We are happy to announce a series of three #CaféHumaniste in the Philippines organised in collaboration with HAPI – Humanist Alliance Philippines, International – three events in one month! All info about the themes, the speakers and the venue below!

The first Café Humaniste event (10 March) is themed “Humanism and Science”. The first of the two speakers is Nikko Dy Guaso with a presentation on “Space, Time and Humanity”. Nikko will talk about the advancement and development of human intellect, and its hunger for cosmic knowledge, exploring the relationship between the Universe and Humanity. The second speaker will be Arturo Alvarez, who entitled his speech as follows: “Climate Reality: Humanism and Ecology”. Arturo will discuss the current climate challenges that Humanity faces, and will explore the humanistic standpoint on Ecology, introducing also the Climate Reality project.

The second event (24 March) will see the presence of two speakers dealing with two different cultural aspects of Humanism. Jan Erik Villa (“Humanism through Arts”) will enlighten us with how we can use Art in promoting Humanism and, more in general, how helpful is to use Art as medium to express our ideas; Hermogenes Gacho (“Cultural Diversity and Modernization”) will analyse the direct effect and impact caused by cultural diversity, and how modernization has changed the way people live and how it will affect the future.

During the last Café Humaniste (7 April), Alvin John Ballares will present HAPI’s book, “From Superstition to Reason: A Journey Towards Humanism”, talking about his own journey from being a theistic pastor to a secular humanist.

The IHEU will shortly be announcing further details for this year’s General Assembly in Auckland, New Zealand, from 3 to 6 August. At the same time, we will open applications for the “2018 GA Travel Grants” programme, to help representatives of our Member Organizations in Africa, Asia and Latin America to attend the events organised in Auckland, in collaboration with the Humanist Society of New Zealand.