Death sentence of Ahmadreza Djalali has not been suspended, contra to reports 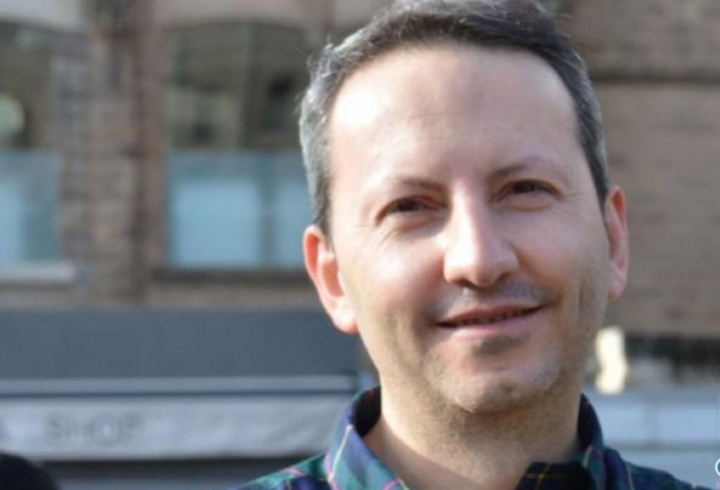 Ahmadreza Djalali, before his detention in 2016

An Iranian Swedish scientist, Ahmadreza Djalali, has been detained in Iran since April 2016, and received a death sentence last year.

Some media in Belgium, where Djalali previously worked at the Free University Brussels (VUB), and some other human rights groups, have been reporting that Djalali’s death sentence has now been “suspended”.

However, the IHEU understands from multiple sources close to the case that this is misreporting and no such suspension has occurred. We are not sure how or why the misreporting occurred.

Djalali remains in prison and there are grave concerns for his health and well-being.

His lawyer has requested a new appeal. However, the previous sentence has not been suspended in the interim.

An open letter has been sent by Ahmadreza Djalali to the head of the Iranian judiciary, Ayatollah Sadeq Amoli Larijani. The letter describes various forms of unlawful action and procedure followed by investigators and the court in his case, including long stretches of solitary confinement, torture, denial of access to a lawyer, and that defense material was ignored or overlooked.

The letter further explains that an assassination plot cited against Djalali did not even occur in the timeframe that the prosecution case depends upon, but rather four months previously. Ahmadreza has never confessed or admitted to being a spy, nor to have cooperated with Mossad or other intelligence organizations as the prosecution claims.

The letter to the head of Iran’s judiciary, Ayatollah Sadeq Amoli Larijani, follows below:

This is Ahmadreza Djalali, who has been detained since April 2016 in the prison of Evin, and during this period of time has faced multiple illegal actions mostly done by the investigators from the Ministry of Intelligence. They firstly made a fabricated crime case for me, and then through influencing and pressuring the judiciary officials created a totally unfair and unjust trial and verdict against me. Furthermore, they fabricated and montaged a movie against me based on an interview where I was fully under threats and psychological pressure. They cut most of my own explanations and replaced it with a narrating voice who just said a list of lies, false accusations, and undocumented blames which were totally wrong and mostly contradictory. Afterwards, Tehran’s prosecutor, Mr. Dolatabadi, on the 25th of December 2017, referred to me as the spy of the Mossad intelligence service, in a speech which was also totally wrong, full of lies, undocumented and baseless.

Below, I express points of my case to clarify the situation, and sincerely ask you to help stop and repair this unfair and unjust process and help save an innocent life:

On the basis of Iran’s rules and laws, if I worked with ministry of defense, I would be obligated have to stay in Iran and not allowed to have a passport, but everybody knows I was living in Europe for the past 10 years. There are plenty of other reasons and documents in my judicial file that reject this lie of me transferring information of the ministry of defense. Furthermore, in this respect, there are various public data and documents available for everybody. These documents approve the falsehood of the blame against me, since these documents are on public for the entire world and are not in any way connected to me.

Due to an illegal, unjust and non-Islamic process, I have received the death sentence. I am accused of being a seditious on ground, who acted against national security. The judge and the inspector haven’t cared about my reasons, they did not take under consideration my reasons, my defense proposal, nor the 300 pages of valid documents in my defense that reject the accusations. The blames are totally false and wrong. I have multiple times asked the court to call the technical experts and defense witnesses to clarify these issues and problems. Referencing to just to the investigators report that is free of any documents, but is full of lies, distortion and fabrication, it is completely against constitution, judicial laws, Islamic principles and human right laws. It is completely obvious that a group of people try to sacrifice my life because of their own political aims.

To prevent this event, I sincerely ask you to take my case under consideration as soon as possible, and order a team of experienced and neutral judge and technical experts to carefully evaluate my file and relevant documents, and report it to you and even report it openly to all the people in Iran and around the world. My innocence cannot be left unheard.

Dear Ayatollah Sadeq Amoli Larijani, remember the holy Quran says killing an innocent person is the same as killing all the people in the world.