The International Humanist and Ethical Union has again urged Pakistan to abolish its blasphemy laws and start respecting the rights to freedom of religion or belief and expression in the country. 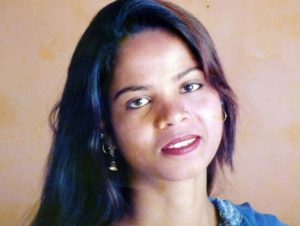 In a statement made at the 37th session of the UN Human Rights Council in Geneva this week, IHEU Director of Advocacy, Elizabeth O’Casey, highlighted the severely restrictive environment for human rights in Pakistan and outlined the problems with the country’s blasphemy laws.

Currently in Pakistan, there are an estimated 40 individuals sentenced either to death or to life imprisonment for blasphemy. In its response on its use of Blasphemy laws during the UN’s review of Pakistan’s human rights record, Pakistan argued that the laws are fine because they are used against Muslims and non-Muslims alike.

In response, O’Casey pointed out not only is this not the case, but “Besides…there are a range of additional reasons why blasphemy laws run diametrically counter to human rights: They violate the human right to free expression; they protect ideas not humans; they protect beliefs, practices, institutions and leaders from often necessary criticism; and they legitimise vigilantism, mob violence, and persecution of minorities.” 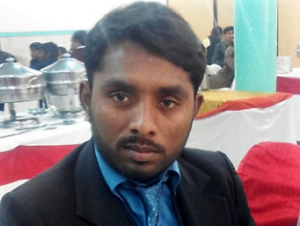 This statement comes in addition to a written statement on Pakistan that was submitted  by the IHEU and IHEU member, Atheist Agnostic Alliance Pakistan (AAAP),  during the last UN Human Rights Council, which detailed the range and severity of rights violations in terms of religion, belief, freedom of assembly and expression in the country.

Last year saw a wave of enforced disappearances in Pakistan, as well as many charges of blasphemy against secularists and freethinkers.

The rights to freedom of religion, belief and expression in Pakistan are severely curtailed in a range of ways, including: a constitutional requirement that the president and prime minister are Muslim; the coercive fundamentalist nature of religious instruction in a significant number of schools; impunity for vigilante violence against non-religious and religious minorities; forced conversions, where girls and women from minority belief groups are forced to marry into Muslim families; Ahmadis being prohibited from self-identifying as Muslim and participating in Islamic culture and worship.

However, perhaps the most egregious form of curtailment – in terms of their impact on all religious and non-religious minorities – are Pakistan’s blasphemy laws.

During its UPR, Pakistan rejected the need to repeal its blasphemy laws, arguing that they are “non-discriminatory,” and apply “to Muslims and non-Muslims alike.” However, in reality, between 1986 and 2007, the authorities charged 647 people with blasphemy offences – 50% of these were non-Muslims who in total constitute only around 3% of the population.

Besides the strongly disproportionate prosecution of non-Muslims, there are a range of additional reasons why blasphemy laws run diametrically counter to human rights:

Currently in Pakistan, nearly 40 individuals are currently sentenced either to death or to life imprisonment for blasphemy in Pakistan. These include Christians Asia Bibi and Taimoor Raza.

We again urge Pakistan to abolish its blasphemy laws and ensure the immediate and unconditional release of all citizens that are imprisoned for the exercise of their rights to freedom of expression or belief.