Humanists at the UN have called on the government of Guatemala to give equal rights to LGBTI people, better protect women from violence and discrimination as well as stop allowing religious fundamentalist interests to influence government policy.

The statement, by the International Humanist and Ethical Union (IHEU) and Humanistas Guatemala, was made during an examination of Guatemala at the UN Human Rights Council for its human rights record over the past four years.

In the statement, IHEU representative Tars Van Litsenborgh highlighted a number of issues of concern to Humanistas Guatemala and the IHEU, including the fact that: Guatemala remains one of the most dangerous countries in the world for women and girls; human rights defenders and journalists continue to face threats, attacks, stigmatisation and criminalization; widespread violence and discrimination against LGBTI persons exists; and the interference of religious fundamentalist doctrines in areas of education and  reproductive  and rights.

Van Litsenborgh concluded, “The right to equal treatment – regardless of gender, religion or sexual orientation – is a foundational right and we call on the state of Guatemala to start treating it accordingly.” 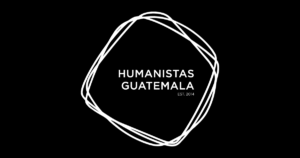 Oscar Pineda, Vice-President, of Humanistas Guatemala, said of the situation in the country: “We are very worried about the current human rights situation in Guatemala. Public understanding of the value of essential human rights like free speech and freedom of religion, as well as principles like the separation of church and state, is very low. This creates a dangerous situation in which government excesses and abuses are not seen for what they are, making it easy for those in power to slowly erode our liberties and rights.”

The statement was made as part of the UN Human Rights Council’s Universal Periodic Review (UPR) of Guatemala. The UPR is a state-driven process based on the principle of peer review. Every member state of the UN is reviewed on their human rights situations by the other members and those member states can recommend changes that are needed to uphold human rights in each country. Each country is assessed every five years.

The statement of the IHEU and Humanistas Guatemalas is in full below:

This statement is supported by Humanistas Guatemala.

Guatemala remains one of the most dangerous countries in the world for women and girls, having one of the highest rates of femicide in the world. Sexual and gender-based violence and human trafficking are widespread. Whilst we commend Guatemala for accepting recommendations aimed at protecting women and providing them with equal rights, there needs to be far better implementation of these rights to tackle the climate of impunity that exists there. One recent and flagrant example of such impunity is the 41 girls who were burned alive in a State foster home due to gross negligence by government authorities supposed to care for them.

Sadly, human rights defenders and journalists continue to face threats, attacks, stigmatisation and criminalization. We are glad to hear of Guatemala’s support of numerous recommendations in this regard, but we call on government authorities to urgently strengthen protection measures and safeguard human rights activities. Freedom of expression is essential to a functional democracy and keeping a check on power and abuse.

We note with great disappointment Guatemala’s reluctant stance regarding all recommendations aimed at penalising hate crimes based on sexual orientation, gender identity or expression. Violence and discrimination against LGBTI persons is widespread; their rights are neither recognised nor defended by the legal system, allowing violations to continue with impunity.

Related to this is the pernicious role of fundamentalist religious influences in state business; just in the last two years, congress members have tried to force Bible lessons into every private and public school in the country, to forbid evidence-based sex-education, to criminalise all abortion —even talking about it— and to modify the law to make marriage equality a legal impossibility.

The right to equal treatment – regardless of gender, religion or sexual orientation – is a foundational right and we call on the state of Guatemala to start treating it accordingly.