IHEU and Nepali humanists to UN: Nepal must act to end “kuriti” now

In a written statement to the UN Human Rights Council (PDF), the International Humanist and Ethical Union (IHEU) and the Society for Humanism (SOCH) Nepal have called for an end to the various traditional and cultural practices, known as ‘kuriti’, carried out in Nepal. In the country, kuriti – despite their often brutal and degrading character – are regarded by many as “holy” matters, forming part of the identity of the society. Being perceived as a vital part of Nepalese culture, they often go unquestioned within Nepali society, despite the grave suffering they cause.

Chhaupadi Pratha, the kuriti tradition of consigning menstruating women to sleep outside, stems from fear that they will anger the gods or contaminate the home if they remain indoors. Temperatures can fall well below zero degrees Celsius in Winter in Nepal

Fifty-seven forms of kuriti have been identified in Nepal. These include: the prosecution of individuals accused of practising witchcraft (Boksi Pratha); child marriage; forcing women to stay in a tiny hut far from their own house during the time of their menstruation (Chhaupadi Pratha); and the offering of a girl child to a Hindu temple (Deuki Pratha).

Violence resulting from kuriti is a major social problem of Nepal. The victims are mainly members of marginalised groups, such as rural women, children, “untouchables” (according to the “caste” system) and other economically deprived members of society.

Every month in Nepal at least one woman loses her life because of superstitious and customary practices. In January this year, a 21-year old woman died in a remote village in Nepal because of Chhaupadi Pratha – the tradition that means menstruating women are required to sleep in huts. Temperatures in Nepal can fall below zero degrees Celsius in winter, but women are still forced to sleep in outdoor sheds that are often poorly insulated and unheated. The woman is believed to have died from smoke inhalation after lighting a fire to keep warm.

In rural areas, it is widely believed that failure to observe the practice of Chhaupadi Pratha will lead to bad fortune in the form of death or sickness among family members or livestock. Whilst married women usually stay outside for only a few days, others remain banished for up to a week.

The written statement to the UN observed:

“When superstitions are not questioned, practices that are inherently harmful are often allowed to flourish. Kuriti not only violate basic human rights, they also pull a society backwards. The existence of harmful cultural customs is an obstacle to development, and the eradication of harmful customs is a prerequisite to building a society where equality and human rights are guaranteed for all.

“Because harmful cultural practices and kuriti are so often based superstition and deeply embedded in local culture and tradition, the solutions for preventing and combating them will necessarily involve a multi-targeted approach, including legal sanctions, awareness-raising and educational measures.

“What is clear however is that the practice forced upon girls works in diametric opposition to all understandings of human rights and the international community, in tandem with Nepal, has an obligation to combat them.”

Together the IHEU and SOCH Neapal recommended that:

Uttam Niraula, representative of SOCH Nepal and board member of the IHEU commented, “The Nepalese government actively promotes kuriti. For example, Kumari Pratha (the practice of worshipping a girl child as a living goddess) is promoted and celebrated as part of Nepal’s rich cultural heritage, both nationally and internationally. 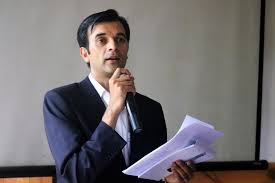 “However, a tradition that violates the fundamental individual rights of a girl child should not be celebrated, regardless of someone’s cultural heritage. This culture is the same culture that, less than a century ago, published a national code of conduct on how to torture ‘witches’ and ‘untouchables’. Yet, the people of Nepal continue to regard their ‘culture’ to be solely a source of pride, without truly understanding the reality of some cultural practices that are occurring in this country.

“SOCH Nepal, as a Humanist organisation, is deeply concerned about the violation of women’s rights in the name of culture and religion. Culture and religion should not be given the legitimacy to kill someone or violate the rights of an individual within society.”

The statement to the UN, comes following a trip that IHEU Director of Advocacy, Elizabeth O’Casey, and Chief Executive, Gary McLelland, made to India and Nepal at the beginning of the year during which they learnt more about the practice of kuriti in Nepal and the deeply harmful way it affects particularly vulnerable members of Nepalese society.