A publisher of poetry and ‘freethought’ texts, who openly identified as atheist, has been shot dead in Bangladesh. 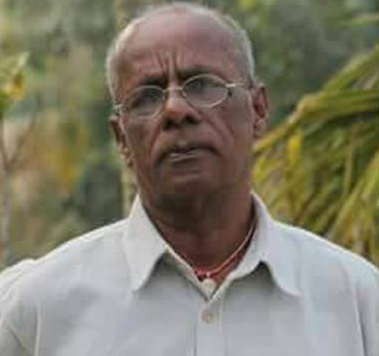 Shahzahan Bachchu was known locally and within the secular Bangladeshi movement as an outspoken, sometimes fiery activist for secularism. He printed poetry and books related to humanism and freethought via his publishing house Bishaka Prakashani (Star Publishers). He was also a political activist, serving as former general secretary of Munshiganj district unit of the Communist Party.

He was reportedly shot and killed this evening near his village home at Kakaldi in Munshiganj district near the capital Dhaka.

According to reports, four men riding two motorcycles rushed the tea stall at Kakaldi where Shahzahan was sitting around 6:30pm local time, opening fire on him before fleeing away on the same vehicles. Shahzahan was killed on the spot. Police said: “We came to know that he was an online activist and free thinking writer and had a publishing house. We are yet to ascertain whether it was an extremist attack. But we have been investigating keeping all aspects in mind”.

Shahzahan’s daughter, also an out atheist, said on her own Facebook page earlier: “My Father Shahzahan Bachchu is dead today. In our village. Two people have killed my father.”

“We are devastated that the spectre of violence has returned to the freethinking community in Bangladesh. Every humanist writer and secular activist and freethinking publisher who has been killed in recent years has been a defender of the rights of others, a lover of humanity and reason and justice. Their murders stand against all these universal values. We once again call on the government of Bangladesh to root out the Jihadi networks perpetrating these crimes, and on the international community to bring pressure to bear on Bangladesh to protect and defends its humanists and human rights defenders.”

Shahzahan has been at risk for some years, with the Daily Observer reporting in 2015 that a”phantom of death is haunting Bachchu Shahjahan [an alternative rendering of Shahzahan Bachchu] – a poet, publisher and freethinker, who is used to criticizing popular beliefs and faiths through his Facebook posts. He cannot sleep in his house and frequently changes hideouts to escape from the militants and fanatics who have issued numerous death threats against him through phone calls and messages.”

The paper quotes Shahzahan himself as saying: “Initially I ignored the threats, thinking that it would be useless to go after unknown scoundrels. But after the killings of Washikur Rahman Babu and Ananta Bijoy, I took the matter seriously. Basically my family has become afraid…”

A campaign of murder against freethinkers

These threats came in the context of several earlier attacks, sometimes fatal, on humanists and freethinkers in Bangladesh, which IHEU has reported and campaigned on extensively. As detailed in the IHEU Freedom of Thought Report chapter on Bangladesh, these attacks included in 2015 alone the murders of Avijit Roy, Washiqur Rahman, Ananto Bijoy Das, and Shahzahan’s friend Niloy Neel days before the threats to Shahzahan were published.

Today’s murder of Shahzahan Bachchu is not even the first attack on secular publishers in the country. At the end of October 2015, there were two further coordinated attacks, this time on freethinking publishing houses in Dhaka. These attacks left publisher Faysal Arefin Dipon dead and publisher Ahmed Rashid Tutul seriously injured. Tutul has since left the country.

Other targets have included secular activists and LGBT publishers.

Various government official including the prime minister Sheikh Hasina have blamed the attacks on atheists criticizing religion, and threatened prosecution under the ICT Act, which criminalizes “hurting religious sentiments”. IHEU has consistently called on the Bangladesh government to stop blaming the victims and to bring the perpetrators of the murders to justice.