This morning (12 October 2018) human rights activist Gulalai Ismail was arrested by the Pakistani FIA (Federal Investigation Authority) while re-entering the country from the United Kingdom. 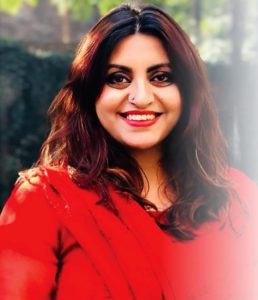 The International Humanist and Ethical Union (IHEU) has been calling upon Pakistani authorities to release her and return her passport, while restoring her freedom to travel.

IHEU can confirm that Gualali has been released on bail, but her passport has not been returned to her, and she is still unable to leave Pakistan because she is on an ‘exit control list’.

Gulalai Ismail is a multiple award-winning human rights defender. She founded Aware Girls in 2002, an organization which works to empower and educate women and girls on rights and leadership in Pakistan.

Malala Yousafzai participated in the programme in 2011, the year before her attempted assassination at the hands of a Taliban gunman for her activism.

The arrest and release 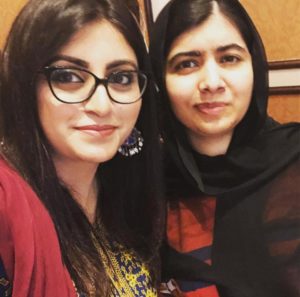 Gulalai Ismail was arrested this morning (12 October 2018) by the FIA (Federal Investigation Authority) while re-entering the country from the United Kingdom.

Gulalai had been placed on the Exit Control List (a Pakistan state mechanism to prohibit leaving the country), while she was abroad in the UK last week, where she attended Board meetings of the International Humanist and Ethical Union, and caught up with her friend Malala at events in the country.

Gulalai was released around 1300BST on bail. IHEU continues to call on the Pakistan authorities to return her passport and remove her from the ‘exit control list’.

In an audio file released from the airport, Gulalai said: 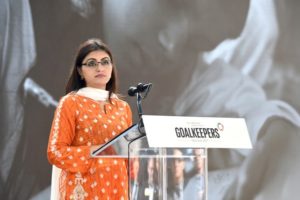 “My name is Gulalai Ismail, I have been arrested as the state and non-state actors have been doing an illegal crackdown on me for human rights activism and raising my voice for peacebuilding. I was coming from London and had landed at the airport when I got to know my name has been put on Exit Control List (ECL).

“I was taken into custody at the airport and then, I was brought to the main branch of FIA for making a speech and taking part in PTM Jalsa in Swabi.

“We are gravely concerned for our dear friend and colleague. Gulalai is a brave humanist and human rights activist, whose tireless efforts for peace and human rights have earned her respect around the world. Pakistan should be proud to have produced such a daughter and we urge the authorities to release her, return her passport, and restore her freedom to travel.”