The new name of the worldwide umbrella organization for humanist and secular groups!

Humanists International is the new name of the worldwide umbrella organization for humanist and secular groups!

We believe in evolution! From today we are HUMANISTS INTERNATIONAL.

There is a new name and brand at the heart of the global humanist movement. The unique, worldwide, democratic umbrella organization for humanist groups had been known as the International Humanist and Ethical Union, since its founding in 1952. Now, for first time in 67 years it changes its name, to become Humanists International.

The change was discussed and agreed among the membership of the international body, formerly known as the International Humanist and Ethical Union, over the past three years. 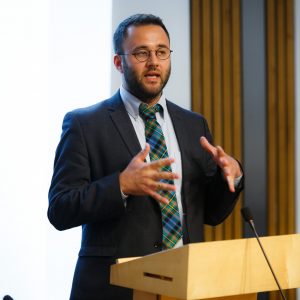 “Our organization has a long and proud history, as well as an impressive scope of work with impact well beyond that of comparable organizations our size. Many in the movement have known for a while that the name ‘International Humanist and Ethical Union’ was too long and sounds old-fashioned. We’re very excited to be re-launching as Humanists International with a fresh look, along with ongoing progress in our structure and strategy as the global humanist non-profit.

“In recent years our organisation has grown our funding income, hired more staff and recruited new dedicated volunteers. We are proud of this trajectory of growth, which is enabling us to do more and more to support humanist organizations in the developing world, as well as individuals at risk around the globe.

“Our new look gives Humanists International, and our family of members around the world the best chance to extend our impact and pursue a humanist vision for the world.”