Section 123 of the criminal code of New Zealand was repealed on the evening of Tuesday 5 March, Wellington time. Pending royal assent, this means ‘blasphemy’ law has been abolished in yet another country.

Both sides of the New Zealand houses of parliament supported the repeal of Section 123 on “blasphemous libel”.

‘Blasphemy’ has similarly been repealed since 2015 in Malta, Norway, Denmark, Iceland, Canada, and one province of France. Ireland also voted to remove lines on ‘blasphemy’ from the constitution last year, which should lead to the repeal of ‘blasphemy’ in Ireland. As in most of these cases, the ‘blasphemy’ provisions in New Zealand were repealed as part of a package of measures to remove “outdated” or “anachronistic” laws from statute. 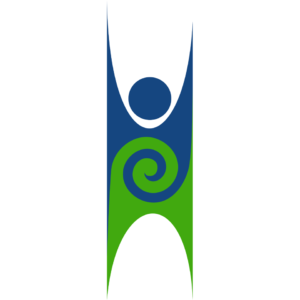 During earlier parliamentary debate on the bill, Minister of Justice Andrew Little suggested that repealing Section 123 would enable New Zealand to criticize — without facing accusations of hypocrisy — the more active and harshly-punished ‘blasphemy’ laws operating in other countries. This argument had been part of the submission made by Humanist NZ, a member organization of Humanists International, who have actively campaigned for repeal of the ‘blasphemy’ law over many years.

Andrew Little had argued that the repeal bill “ensures that the criminal law of New Zealand is kept up to date and reflects the values of the modern and diverse society that New Zealand is today. The bill does this by repealing three archaic laws from the Crimes Act. … The repeals are relatively straight forward, but they, understandably, generated a range of views from submitters, and this was particularly so, of all things, with the provision in relation to blasphemous libel. An offence that hasn’t been prosecuted for nearly a century, which conflicts with freedom of expression, and which almost certainly would never be prosecuted in the future, serves no useful purpose in the criminal law of New Zealand.

“It undermines this country’s ability to criticise other jurisdictions, when appropriate, for having blasphemy laws which result in persecution and injustice in those countries overseas. It’s out of place with New Zealand’s position as the bastion of human rights, including recognising freedom of expression and religious tolerance for all faiths. It is telling that, as this bill progressed through its legislative stages last year, both Canada and Ireland repealed their blasphemy laws. This simply reflects that modern democracies see no place for such laws in their criminal codes or constitutions. I’m confident that New Zealand will be aligning ourselves with like-minded liberal democracies across the globe and improving the criminal law in this country by this repeal.”

“Congratulations to our NZ Political Parties and Members of Parliament for passing this REPEAL unopposed. Thank you to everyone who wrote letters in support of repealing NZ’s Blasphemy Law.”