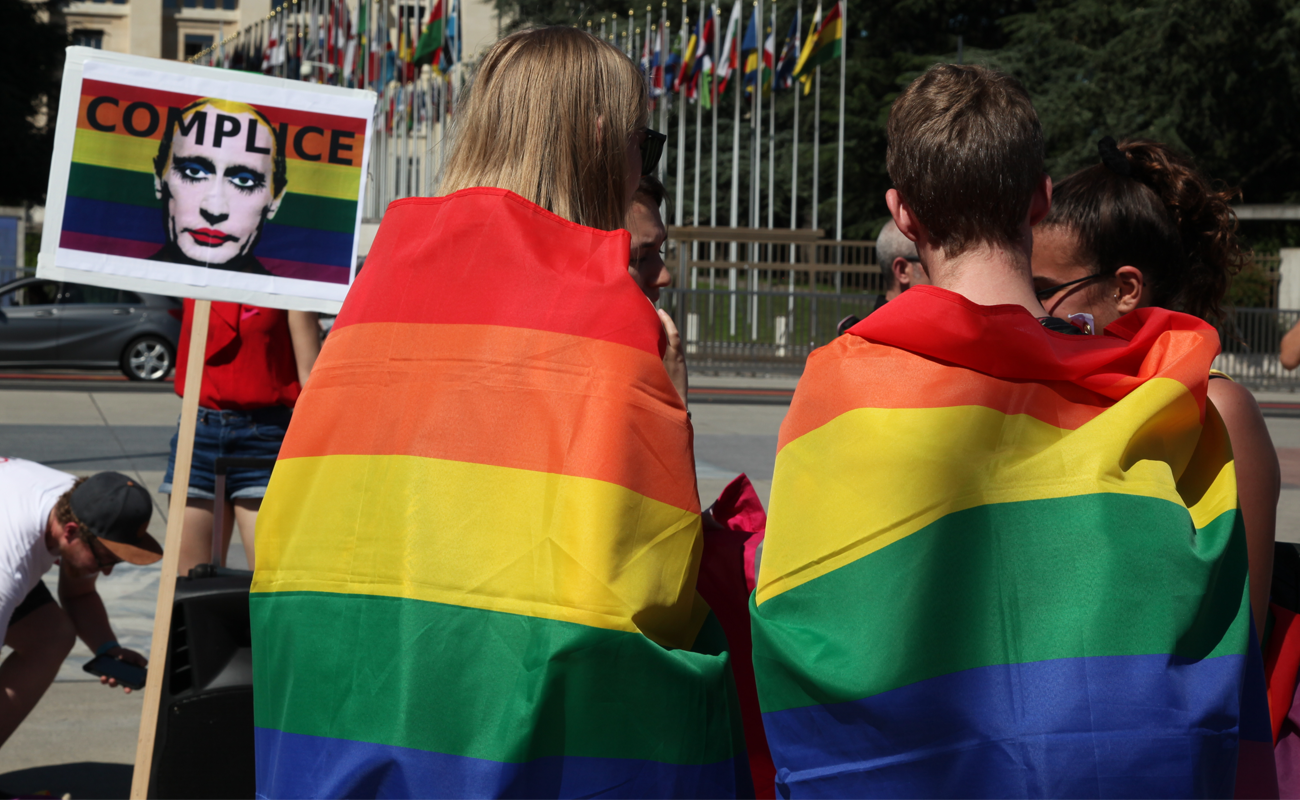 Humanists International has urged the United Nations Human Rights Council to renew the mandate of the role responsible for monitoring violence and discrimination against LGBTI+ people.

Speaking during the 41st session of the UN Human Rights Council, held in Geneva, Humanists International’s Director of Advocacy, Elizabeth O’Casey highlighted the importance of the mandate, known as the “Independent Expert on violence and discrimination on the basis of sexual orientation and gender identity“, and argued that is must be continued despite opposition from some conservative States.

O’Casey pointed out that the mandate deals with a type of violence and discrimination based on sexual orientation and gender identity (SOGI) that is suffered by millions of people, and highlighted that there is still substantial resistance to the idea of human rights protecting LGBTI people at all.

During a dialogue with Mr. Victor Madrigal-Borloz, who current holds the post of Independent Expert for SOGI, one non-governmental organization, Asociacion HazteOir.org, referred to the role disparagingly as “UN expert on undetermined principles.” The NGO spoke of its concern about supposed discrimination against those in Western countries who “voice opinion against LGBTI identity” and said “today it is difficult to fight against the LGBTI ideology in schools and [for] the rights of parents to educate their children or that marriage is between a man and a woman without NGOs trying to impose censorship.”

And on behalf of 89 states, Cote d’Ivoive made a statement about the family that defined it as “a natural entity which links men and women with their children.”

It was in this context of hostility to LGBTI rights and people, that Humanists International was keen to put on record its support for the mandate and to urge Council members to vote to renew it next week.

The statement follows below in full:

This Council session sees the mandate of the Independent Expert on violence and discrimination on the basis of sexual orientation and gender identity up for renewal.

Humanists International urges the Council to support it. Why?

Firstly, because millions of people face human rights violations because of their real or perceived sexual orientation or gender identity. Violations that range from killings, torture, rape and sexual violence, to arbitrary detention, police violence and harassment. They face persecution, discrimination, denial of services and justice, forced medical treatment, and stigmatisation.

Secondly, at an institutional level, there is still much work to be done on ensuring the understanding that the human right to equality, non-violence and justice, regardless of one’s sexual orientation or gender identity is not a so-called “new right” but rather a timeless, universal human right.

Ever since the adoption of the UDHR, conventions and other human rights instruments have been adopted based on the principle of universality, equality and non-discrimination. That is, on the principle that everyone is entitled to all rights and freedoms, without distinction of any kind.

States have a duty to realise and protect all human rights, regardless of their political, economic, traditional and cultural systems. Endorsing the mandate of the Independent Expert is one very important step in realising this duty and ensuring all people are treated equally and with dignity, no matter how they identify or whom they love.

Banner image: A demonstration in Geneva against Chechen persecution of LGBTI+ people.