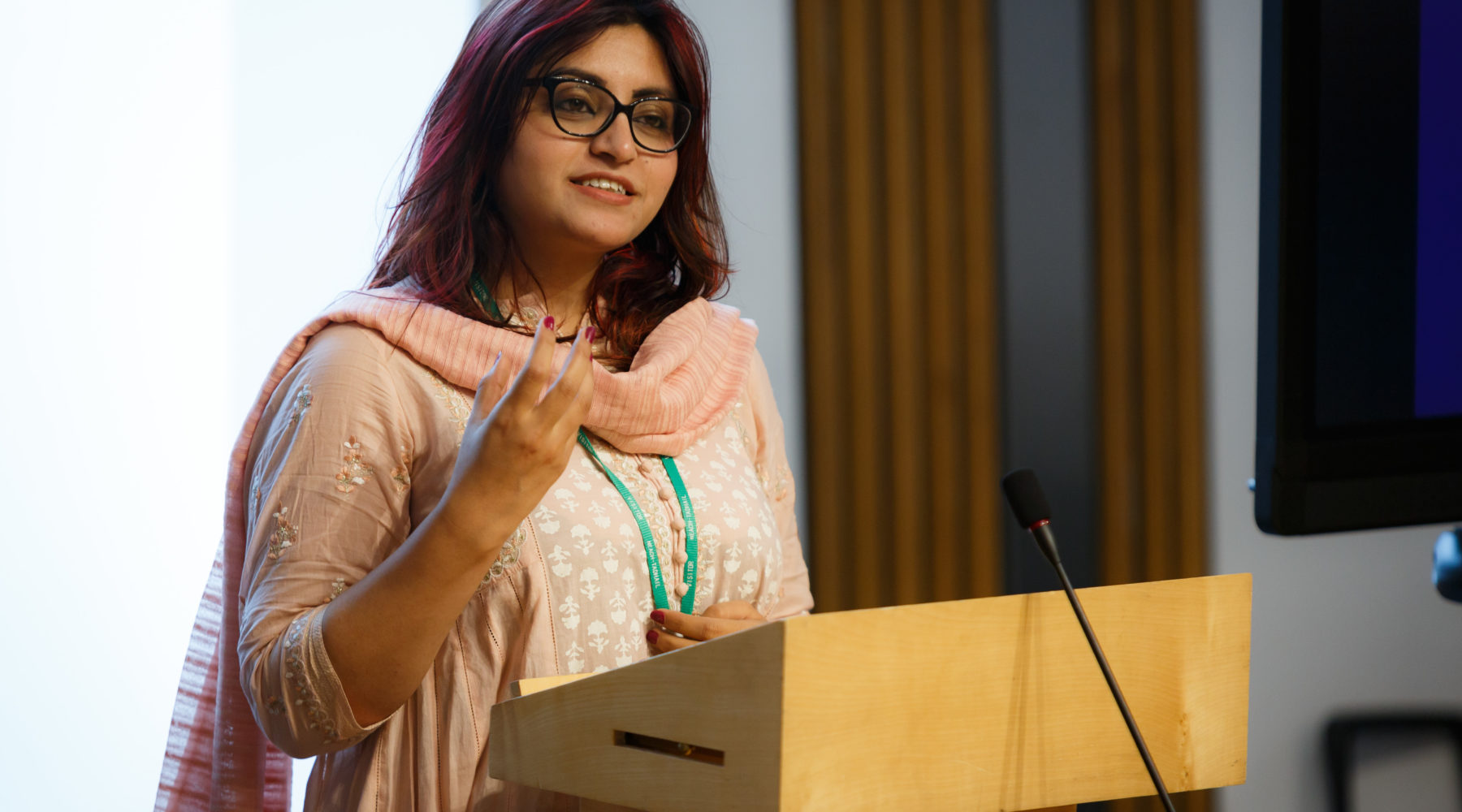 Later today the US Senate’s Foreign Relations Committee is expected to issue a stern call to the authorities in Pakistan to end their persecution of humanist and leading peace activist Gulalai Ismail.

Gulalai is still in hiding, trying to evade capture by army and security forces. A New York Times article published today gives an insight into her existence; “leading a phantom-like existence, shifting from house to house, timing her movements carefully, stepping out only with a scarf over her face and relying on an underground network of fellow feminists across Pakistan’s cities who are risking everything to hide her”.

Following a joint letter signed by over 40 international NGOs, human rights campaigners and peace advocates, including Humanists International, the U.S. Senate’s Foreign Relations Committee is expected to question a visiting delegation from Pakistan about their harassment of Gulalai.

Help us support Humanists at Risk

We rely on the support of people like you to support Humanists at Risk around the world. Please donate today to support our work.

The letter, see below, calls on the US Congress to raise the ongoing case of persecution and harassment of Gulalai Ismail and her family during a visit of Pakistan’s Prime Minister, Imran Khan, to meet the U.S. President Donald Trump.

A further fact sheet has been made available, with up-to-date information about Gulalai’s case.

The open letter to the United States Congress

On July 22, President Trump will host Pakistan Prime Minister Imran Khan for his first official White House visit. As non-partisan, non-governmental organizations (NGOs) working actively to build peace and protect human rights in Pakistan and around the world, we write today to express our deep concern over the growing crackdown on peacebuilders and human rights defenders in Pakistan. We urge you to speak out publicly against the persecution of civil society activists in Pakistan during Prime Minister Khan’s visit, and to press the White House to directly raise these issues during the visit.

Specifically, we urge you to raise concerns over the treatment of internationally recognized peacebuilder and women’s rights activist Gulalai Ismail, who is under immediate threat of indefinite detention for speaking out against cases of harassment and sexual assault by Pakistani security forces. Gulalai has been charged along with other activists who have been part of a nonviolent movement seeking a truth and reconciliation commission to investigate human rights abuses by Pakistani forces during counterterrorism operations.

After years of harassment by Pakistan’s authorities, Gulalai now faces charges under Pakistan’s anti- terrorism law, which allows for indefinite detention without access to lawyers. In their pursuit of Gulalai, Pakistan’s security forces have repeatedly raided her family’s home and violated their rights. Pakistani authorities have even now unjustly brought similar charges against her parents. Her father is a long-time respected human rights leader within the Pakistan NGO community and her mother is a devoted homemaker who have done nothing wrong. Other individuals who have spoken out in defense of Gulalai have also been harassed, detained, and even tortured.

“credible reports of extrajudicial and targeted killings; forced disappearances; torture; arbitrary and lengthy pretrial detention; arbitrary or unlawful interference with privacy; censorship, site-blocking, and arbitrary restrictions on journalists’ freedom of movement; severe harassment and intimidation of and high-profile attacks against journalists and media organizations; government restrictions on freedom of peaceful assembly and association, including overly restrictive nongovernmental organizations (NGO) laws; restrictions on religious freedom and discrimination against members of religious minority groups; restrictions on freedom of movement; corruption within the government; recruitment and use of child soldiers by nonstate militant groups; lack of criminal investigations or accountability for cases related to rape, sexual harassment, so-called honor crimes, female genital mutilation/cutting, and violence based on gender, gender identity and sexual orientation; legal prohibitions of consensual same-sex sexual conduct; forced and bonded labor and transnational trafficking in persons; and the worst forms of child labor.”

According to the White House, the goal of President Trump’s visit with Prime Minister Khan will be to help create “the conditions for a peaceful South Asia and an enduring partnership between our two countries.” The White House’s press announcement says the visit “will focus on strengthening cooperation between the United States and Pakistan to bring peace, stability, and economic prosperity to a region that has seen far too much conflict.”

With these goals in mind, the United States cannot turn a blind eye to the growing abuse and harassment that Pakistani human rights defenders and peace activists like Gulalai face under Prime Minister Khan’s administration in the name of counterterrorism.  To advance peace and security in South Asia, the United States must make the promotion of human rights and protection of civil society space top priorities in its relationship with Pakistan. The unjust persecution of Gulalai for standing up for the rights of women and girls demonstrates that Pakistan’s authorities still refuse to accept the fundamental freedoms enshrined in the Universal Declaration of Human Rights and synonymous with American values.

We urge you to stand with Gulalai Ismail and other peacebuilders and human rights defenders at risk in Pakistan by speaking out on the floor of Congress during Prime Minister Khan’s visit. We urge you to communicate directly with the White House to ask President Trump to raise Gulalai Ismail’s case with Prime Minister Khan and request that all charges against her and her parents be dropped immediately.