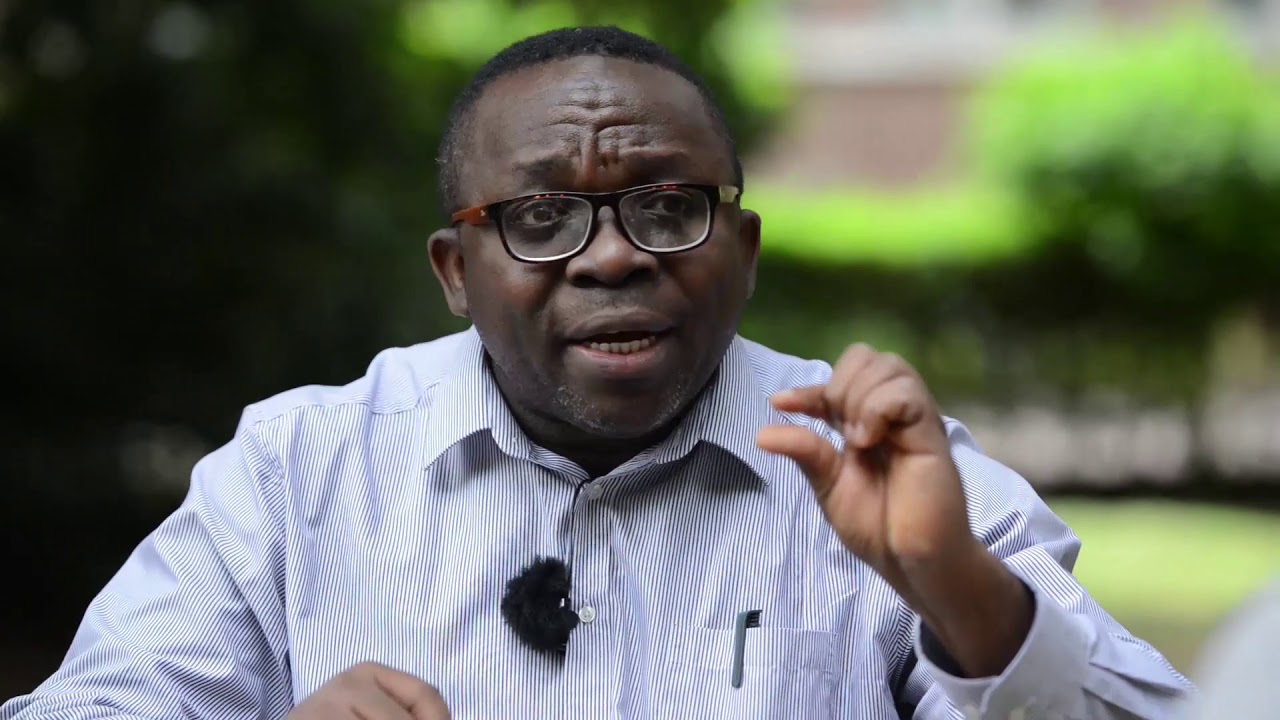 Advocacy for Alleged Witches (AfAW) is a project founded by Leo Igwe with the financial support of Humanists International. Its goal is to “use compassion, reason, and science to save lives of those affected by superstition”, especially now that some African countries are registering an increase of witchcraft accusations related to the coronavirus pandemic. 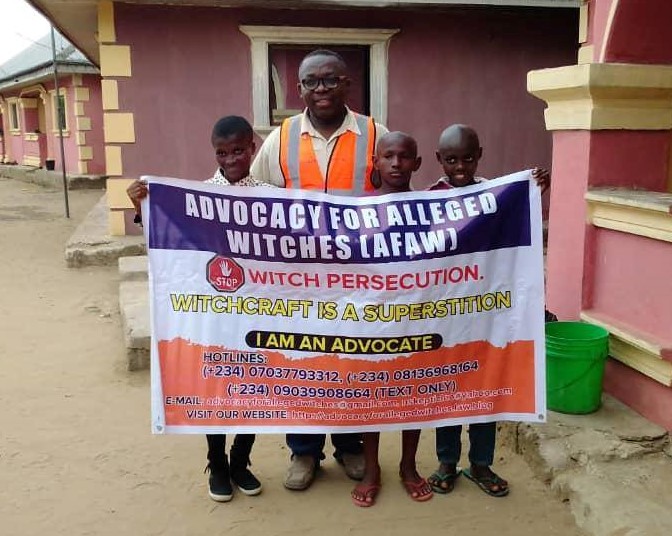 Do you believe in witchcraft? Neither do we. And yet thousands of alleged witches are persecuted every year all around the world, especially in many African countries, like Ghana or Nigeria for example.

The launch of the AfAW project

“This has to stop”, says Leo Igwe, the well-known humanist and Chair of the Board of Trustees for the Humanist Association of Nigeria, who has launched a project called “Advocacy for Alleged Witches” (AfAW), funded by Humanists International.

“The AfAW project is quite urgent and compelling especially at a time that the world is grappling with COVID 19.

Pandemics present serious health challenges. They create situations of fear, uncertainty and desperation. This constitutes a sub soil for the proliferation of superstition and irrationalism.

In a continent like Africa with weak economies, the stress due to the coronavirus pandemic and other health issues nudge people to take a leap of faith, to engage in witchcraft allegations and suspicions of demonic possession.

To make things worse, some Christian missionary groups have been adding to the problem and complicating efforts to end witch persecution in the region.

“Incidentally, in the name of supporting victims of witchcraft allegations”, added Leo, “these groups are either converting alleged witches from one witch believing religion to another or they are performing exorcisms on alleged witches that often lead to death or health damage of these persons. With its goal to end witch persecution in 2030 AfAW presents a historic opportunity to bring an end to this regional and continental nightmare.” 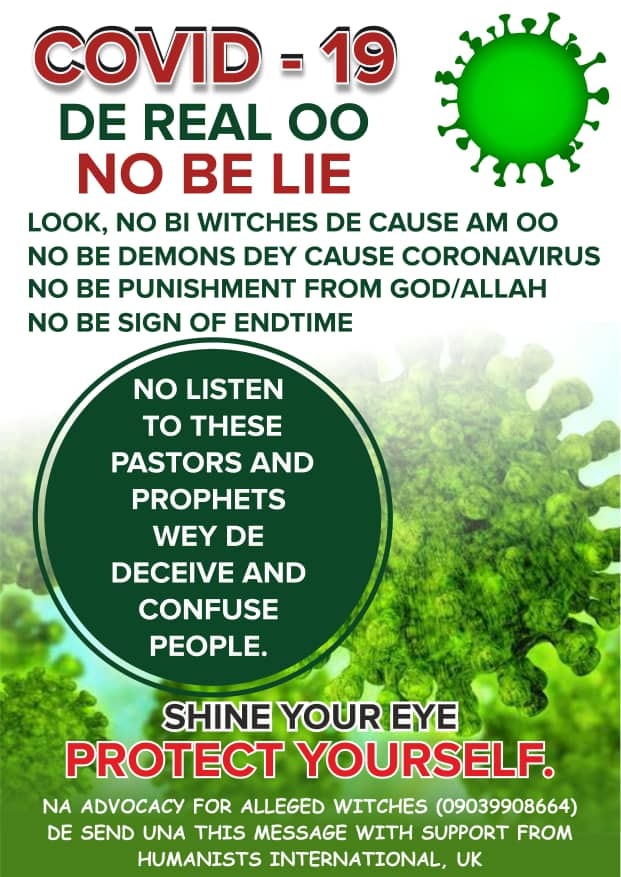 Those who suffer from witchcraft related abuses the most, are likely to belong to already vulnerable or marginalised groups such as women, children or people with disabilities. Their vulnerable status in their communities makes them easy scapegoats for all kind of problems including illnesses, misfortunes or simply poverty.

Accusers’ motives for blaming the victims can be almost anything, including following superstitious beliefs, maligning the reputation of the accused woman, serving personal goals, seeking revenge to settle disputes over property, or explaining why illnesses or diseases happen.

Some examples of witchcraft accusations

In Ghana, women suspected of being witches are banished from their communities and forced to live together in witch camps, where no one is allowed to visit. If misfortune hits a village, there is a tendency for outspoken or eccentric women to be accused of “casting a spell” and then exiled to for the rest of their lives.

In Nigeria, children are still branded as witches with all the terrible consequences that stigmatisation brings. For example, in August 2017, a 13-year old boy was tied to a burglar-proof for three days and burnt with a hot iron before he was rescued by the community. In June 2017, two girls, aged 10 and 13, were accused of being witches, tied up, flogged with big sticks and were burnt. 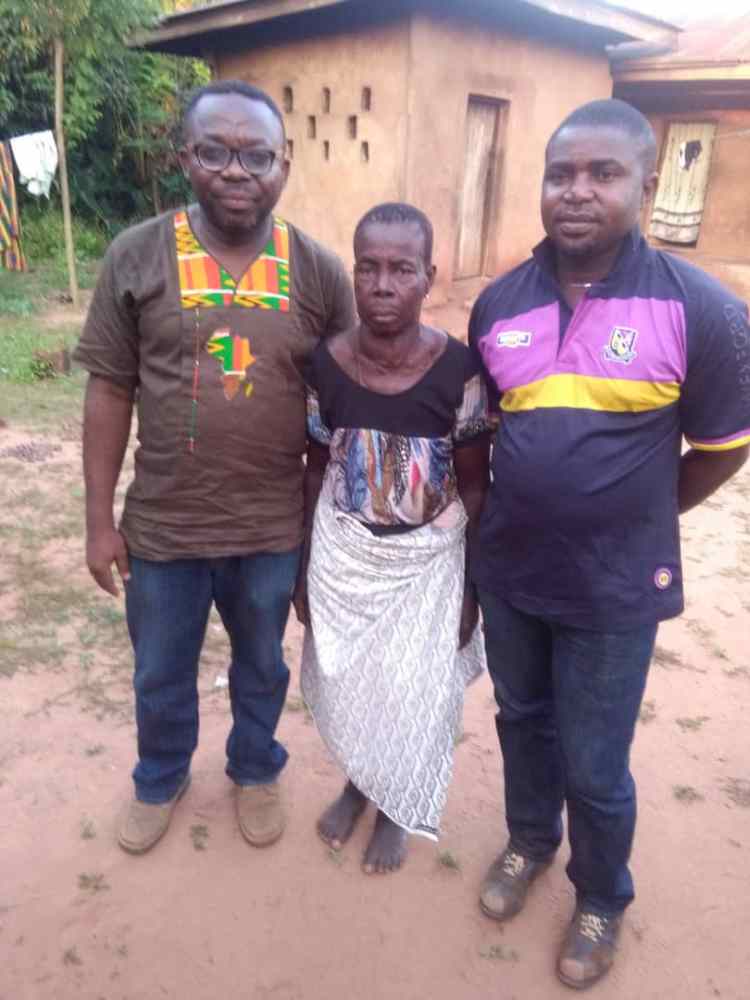 Witchcraft accusation remains a form of death sentence, and a life and death issue, in 21st century African societies.

A 2010 Gallup Poll which was conducted in 18 countries showed the pervasiveness of the belief in witchcraft in sub Saharan Africa including 95 percent in Ivory Coast, 80 percent in Senegal, 77 percent in Ghana and Mali. Alleged witches are stoned to death in Malawi, lynched in Kenya, set ablaze in Nigeria, banished to ‘witch camps’ in Ghana.

Alleged witches are male and female, children, women and the elderly, and people with disabilities. Allegations of witchcraft lead to violence, social rejection, and other horrific abuses because there has not been any robust mechanism to support, defend and protect the accused in many African societies.

“This culture of impunity must end”, said Scott Jacobsen, AfAW’s Website Administrator & Editor, Board member of Humanist Canada and Secretary General of Young Humanists International. “The support of the global humanist community is essential to reach AfAW’s main goal to achieve a witch-hunting free Africa in 2030.” 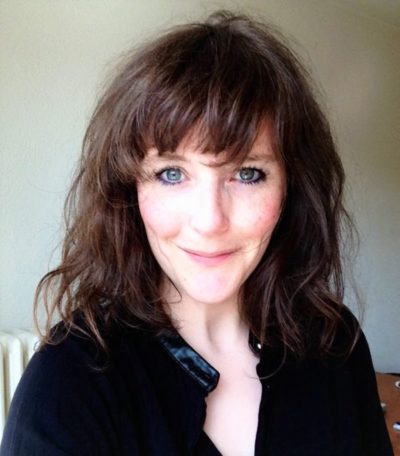 “I’m pleased Humanists International is able to support this much needed initiative; the array of human rights abuses that stem from witchcraft-related accusations and persecutions is horrific and generally inadequately addressed.

“I think some of our members might be surprised that such pernicious and pervasive superstitions still exist.

“It is important that through the AfAW project, these dangerous beliefs are countered, that the victims are supported and their human rights protected, and that we help champion the values of reason, science and kindness in the face of distortions and myths sadly exacerbated by the Covid-19 crisis.”