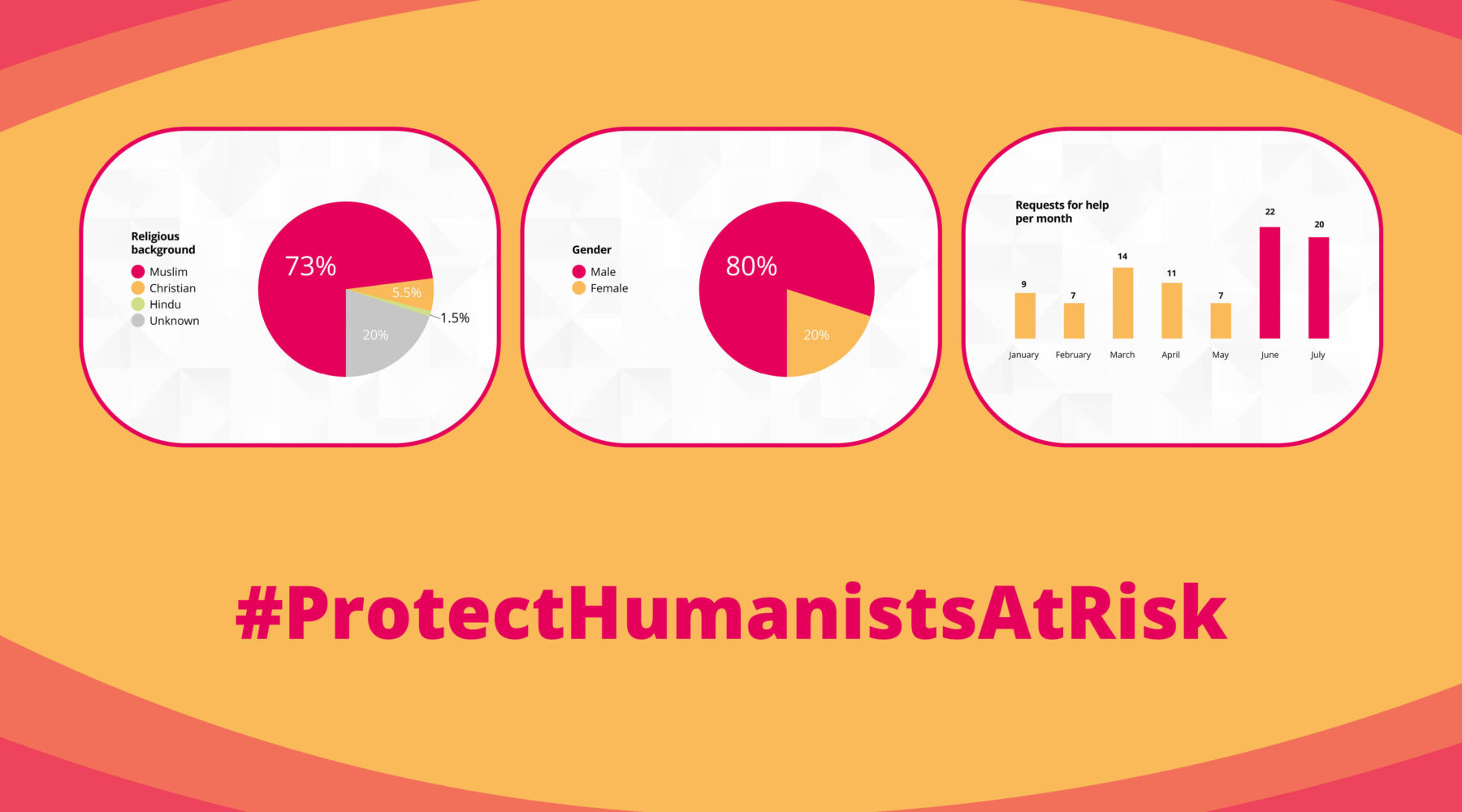 73% of humanists at risk are ex-Muslims, 80% are men – and the requests for help are increasing

On 21 June we launched our fundraising campaign to #ProtectHumanistsAtRisk and the response from the global humanist community has been astonishing: in just five weeks we have managed to reach 40% of our target, while the number of requests for help received since January has increased to 90. 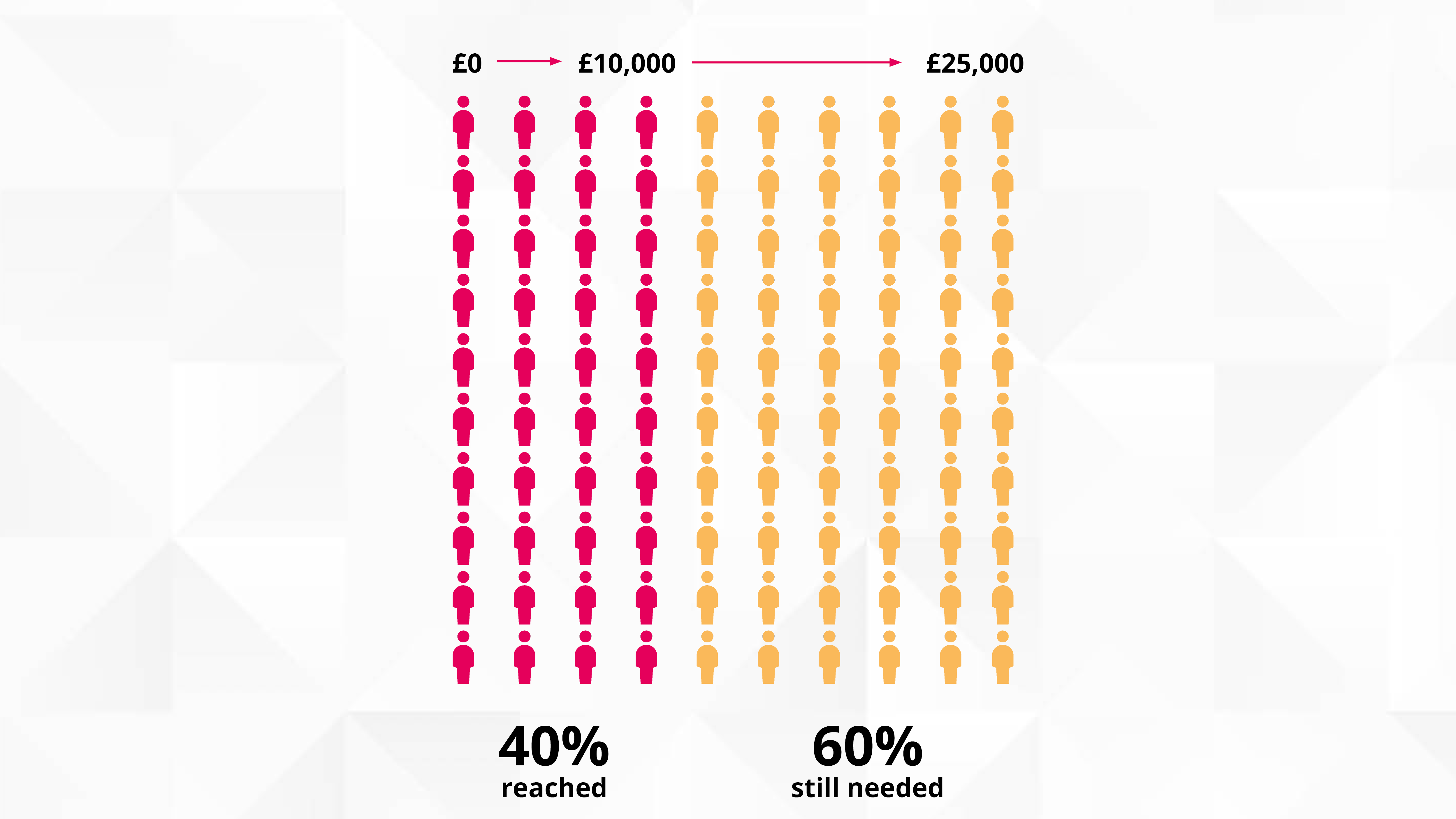 In this article we analyse three data sets extracted from our database of requests for help in order to illustrate the overall profile of humanists at risk that contact us.

73% of humanists at risk that contact us are ex-Muslims

At least 73% of requests for help that we have received in between January and July 2020 come from humanists with a Muslim background, born and raised in countries with a strong Muslim tradition.

This is no surprise. The Freedom of Thought Report shows that countries with a strong Muslim tradition are often amongst those providing the most repressive climate for atheists and humanists. In particular, countries that apply Sharia law within their penal code punish apostasy and blasphemy with either prison or death penalty. The threat of such harsh punishment often forces ex-Muslims to remain “in the closet”, fearing that, if their real identity were publicly revealed, they would face persecution.

Our Humanists at Risk: Action Report 2020, clearly illustrates the pressure that humanists at risk face – for example in Nigeria and Pakistan.

In countries that punish crimes of ‘apostasy’ and ‘blasphemy’ with death, individuals are also more likely to face mob violence. Many of those who reach out to us express fear that they will be found out and dismay at the hypocrisy of having to pretend to believe something that they do not. Some report struggling to hold on to their jobs, or ostracism by their family and community.

When this happens, Humanists International is there to protect them – and that’s why we ask you to support us with a donation to our #ProtectHumanistsAtRisk campaign.

80% of humanists at risk that contact us are men

In these countries, women are doubly oppressed: on the one hand, by harmful religious practices; on the other, by systemic patriarchal oppression. While we can only speculate, if we receive so few requests for help from women it is likely not because humanist women are less at risk, but rather because they need to overcome more obstacles before being able to seek help.

The number of requests for help is increasing fast

There are two possible parallel explanations for this increase:

Either way, if the number of requests for help we receive continues at the current rate (an average of 13 per month) by the end of December 2020 we might end up receiving in excess of 150 requests. This goes beyond our current case management capacities and we are unlikely to be able to help all those that contact us. That’s why we are calling upon humanists all around the world to help sustain our work.