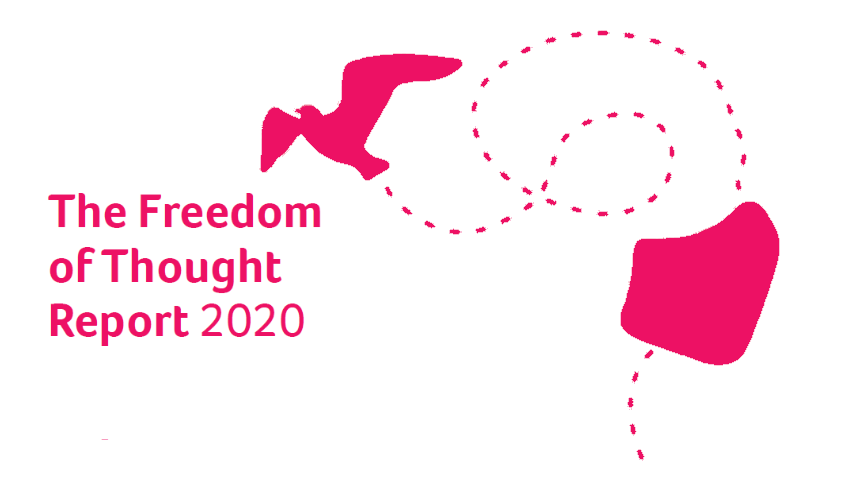 Humanists International launches 2020 edition of the Freedom of Thought Report

A report on the protection of the human rights of the non-religious globally warns of how the spread of the COVID-19 pandemic has exacerbated pre-existing inequalities and served as an opportunity to crackdown on dissenting voices. 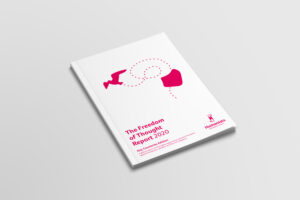 The Key Countries edition of the Freedom of Thought Report 2020. All country entries are available at: fot.humanists.international

Launching today, the Freedom of Thought Report 2020 by Humanists International, now in its ninth annual edition, examines the legal and human rights situation for humanists, atheists and the non-religious around the world.

The report finds that humanists are discriminated against in 106 countries across the globe through a combination of the following:

This year’s report, exposes the challenges faced by humanists and the non-religious across the globe posed by the COVID-19 pandemic, including:

The above issues, together with travel restrictions rightly imposed to stop the spread of the pandemic, have compounded the problems that the non-religious face in their daily lives, exposing them to greater peril, while at the same time preventing them from being able to take steps to ensure their own safety.

“Today our world is in the grip of a global pandemic, the likes of which we have not seen for a century. Governments and authorities around the world have introduced various policies of ‘distancing’ to reduce the risk of spreading the infection. These restrictions, whilst completely necessary, have also had the secondary effect of undermining and destabilizing the lives of those who are most vulnerable.
Everyone around the world has had to bear a burden, from the loss of financial security, the loss of contact with our family and friends, and the loss of certainty in a world we didn’t expect.  We know that the lockdown restrictions have put some humanists who were already at risk, in a much more serious situation. We are working with many individuals who found themselves stranded in the process of fleeing harm, unable to access consular or other support services.”

Speaking at the launch of the report, Special Rapporteur on freedom of religion or belief Ahmed Shaheed stated:

“Humanists are the invisible people of the present 21st century.

“While almost everybody is persecuted when they are in a minority, the the attacks on humanists are particularly violent when when they are exposed to harm in the community that they live, and of course, for many of them, the family is not a safe place, and the pandemic therefore intensifies that.” 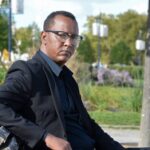 Also speaking at the launch, former prisoner of conscience, Mohamed Cheikh Ould Mkhaitir raised his concerns for the relative invisibility on the world stage of human rights violations occurring in nations of lesser geo-political strategic importance, calling for more attention to be paid. In relation to his own case, Mkhaitir said:

“Organizations like Humanists International, with which I had a personal experience when I was sentenced to death were a source of great hope, shedding light on what was happening in Mauritania, a country typically ignored. By focusing on my case, especially at the United Nations, Humanists International helped to shed light on the situation.”

Mkhaitir also raised concerns about the obstacles posed by COVID-19 to the provision of support to the persecuted globally, urging for a change in strategy. 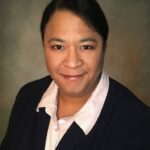 Vice-President of American Atheists and Board member of Humanists International, Debbie Goddard

Vice-President of American Atheists and Board member of Humanists International, Debbie Goddard, highlighted how even in supposedly secular nations, the rights of the non-religious and humanist values have been eroded in recent years, especially through the focus on the restrictive term “religious freedom”. 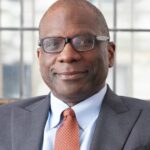 United States Commissioner on International Religious Freedom, Rev. Frederick Davie, noted how COVID-19 has impacted the case of Mubarak Bala, President of the Humanist Association of Nigeria – currently detained without charge in a Kano State facility – where pandemic restrictions have prevented court sessions from taking place. In this regard, Commissioner Davie stated:

“Global crises, be they wars, pandemics, ecological catastrophes do not impact everyone equally. Often it is the oppressed, the disenfranchised and the marginalized who feel the brunt of these crises in disproportionate measure. That is why the work you are doing, you all are doing to keep the fight going is so crucial at this time.”

Reflecting on the implications of the COVID-19 pandemic for the non-religious globally, Emma Wadsworth-Jones, Casework & Campaigns Manager at Humanists International stated:

“This is because they are at risk from their family too. So when they are at home, they are being forced to simulate religion, to observe religious festivals, to pray, to profess values that they don’t hold, which go fundamentally against their own beliefs; that is really psychologically damaging, but if they don’t do that, they risk scapegoating, they risk discrimination, they risk violence, and, because of the lockdown, they aren’t able to relocate to a safer place, be it within the country itself or outside.”