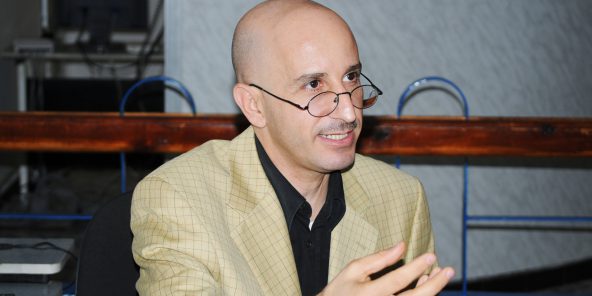 Humanists International is deeply concerned by the ongoing prosecution of Algerian academic and humanist Said Djabelkhir, a leading expert on Sufism, who is currently standing trial for ‘blasphemy.’

Said Djabelkhir is a leading expert on Sufism, and the founder of Cercle des Lumières pour la pensée libre (Circle of Enlightenment for Free Thought) an association for thinkers and academics who are advocating a progressive Islam.

According to media reports, Djabelkhir was first summoned to court on 25 February 2021 after a fellow academic filed a complaint that his writings on various Islamic rituals, such as Hajj and animal sacrifices on Eid, among other critiques, constituted “an attack and mockery of the authentic hadiths of the Sunna [the custom and practice] of the Prophet,” and had caused individuals psychological harm. A verdict is expected to be delivered on 22 April.

Djabelkhir denies the charges, stating that he had simply questioned the validity of some of the hadiths attributed to the Prophet Muhammad. Talking to The New Arab, Djabelkhir commented:

“I was very surprised by this lawsuit that was filed against me for several reasons – because the plaintiff was a university professor and he was supposed to contact me and discuss with me my thoughts and publications with which he disagrees.

“At that time I would have welcomed and accepted his dialogue in the format he chose. But for him to turn to the judiciary against ideas with which he disagrees with, knowing though he is a university professor, surprised and amazed me.” 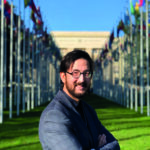 Said Djabelkhir’s approach to certain problematic texts from the Islamic tradition is no different from that of certain Muslim scholars such as Averroes or Avicenna. He stands in a long line of Muslim thinkers who were marginalised and persecuted for centuries because of their free-thinking. It is a shame that the Algerian judiciary is playing a role of the Inquisition here. We strongly call on the Algerian authorities to withdraw the charges against Said Djabelkhir for blasphemy, to abolish existing blasphemy laws, and to guarantee academic freedom.”

Article 144 bis 2 of the Algerian Penal Code (in French) proscribes a punishment of three to five years in prison to “anyone who offends the prophet and the envoys of God or denigrates the dogma or the precepts of Islam, whether by writing, drawing, declaration or any other means.” The law is interpreted widely; in January this year, the law was used to prosecute Algerian political activist, Walid Kechida, who had shared a series of political memes on Facebook. Kechida was released on time served following the reduction of his sentence on appeal.

“Academic inquiry is an essential part of the individual freedoms protected under international law and universal to all. Critical analysis and questioning is fundamental to this process. As such, the Algerian authorities should drop all charges against Said Djabelkhir.”

Humanists International believes that Algerian academic Said Djabelkhir is being targeted for his peaceful exercise of his rights to freedom of expression and freedom of religion or belief, and calls on the Algerian authorities to drop all charges against him.