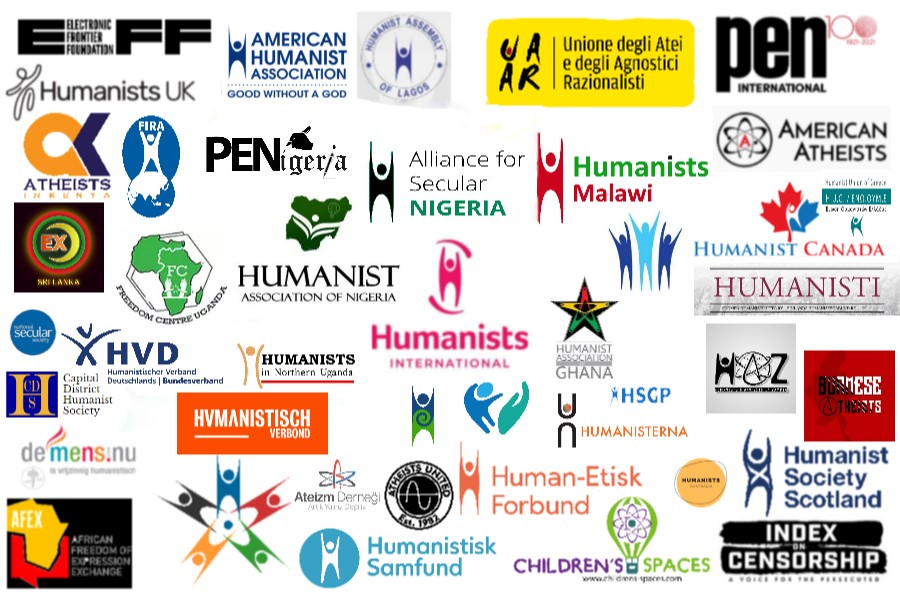 RE: Ongoing detention of Mubarak Bala

The undersigned 89 organizations and concerned individuals write to you today to express our deep concern regarding the ongoing detention of Mubarak Bala, President of the Humanist Association of Nigeria, who has now been arbitrarily detained for 365 days. We urge you to immediately and unconditionally release Mr Bala.

Mubarak Bala, born in Kano state, northern Nigeria, in 1984 is a well known and respected member of the Humanist movement. A chemical engineer by training, he is president of the Humanist Association of Nigeria and has led human rights education campaigns to promote freedom of religion or belief and raise awareness about religious extremism via the internet or social media platforms. Since renouncing Islam in 2014, Mr Bala has been the victim of death threats and harassment. In June the same year, he was held against his will in a psychiatric facility in Kano state. As such, Humanists International and its member organizations are deeply concerned for his welfare.

Mr Bala’s arrest on 28 April 2020 followed a petition filed with the Police Commissioner of Kano Command on 27 April by a local law firm who alleged that Bala insulted the Prophet Muhammad in his Facebook posts in violation of Section 26(1)(c) of the Cybercrimes Act, which criminalises insult of any persons due to their belonging to a group distinguished by their religion, among other characteristics, and is punishable by a fine and/or up to five years’ imprisonment. The petitioners also allege that Mr Bala’s posts will incite the Muslim community and lead to public disturbance, a violation of Section 210 of the Penal Code of Kano State.

We are deeply concerned over how Mr Bala’s arrest and ongoing detention are marked by a lack of due process. To our knowledge, even 365 days after his initial arrest Mr Bala has yet to be charged with a crime. It is worth noting that the Honourable Justice I. E. Ekwo of the Federal High Court in Abuja ruled Mr Bala’s continuous incarceration to be illegal and ordered his immediate release on bail.

The undersigned organizations fear that Mr Bala is being targeted solely for his exercise of his rights of freedom of belief and freedom of expression, as enshrined in the Nigerian Constitution and international and regional instruments to which Nigeria is a signatory.

We urge you to uphold your duty to respect fundamental freedoms and to release Mubarak Bala immediately without conditions.