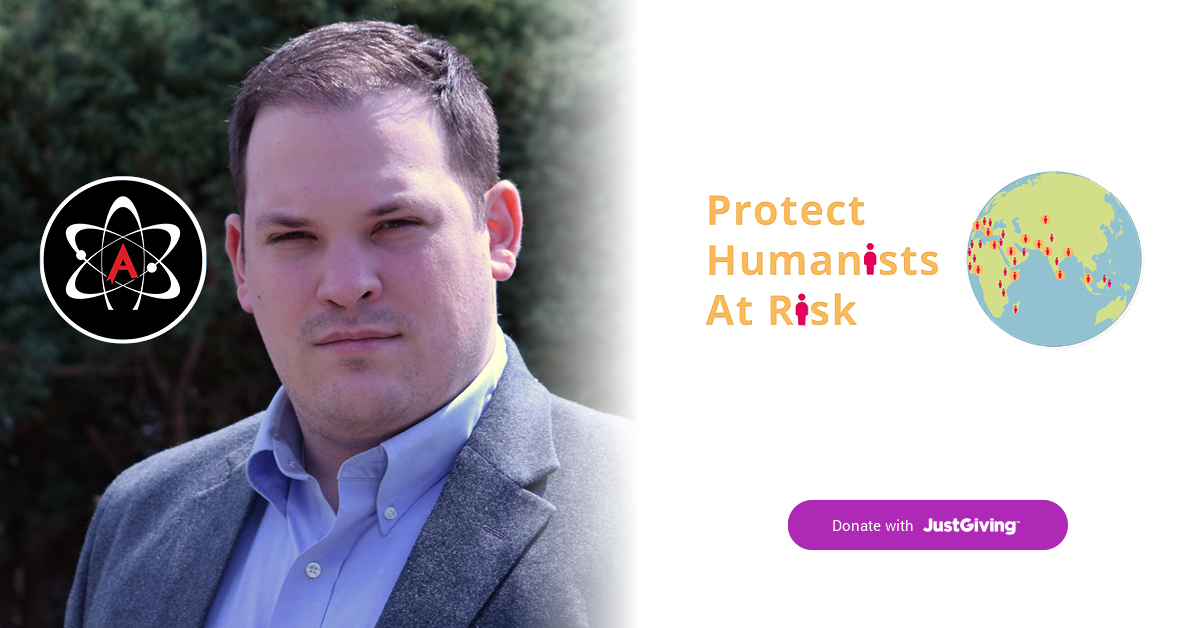 American Atheists donate over $4,000 to the Protect Humanists At Risk campaign

Following their call on the Biden Administration to help protect the lives of non religious people in Afghanistan, our Member American Atheists raised over $4,000 to support the #ProtectHumanistsAtRisk campaign.

“By investing in this program we are putting our values into action”, said Nick Fish, President of the organization, “we want to make it clear that the international humanist community will protect the right of all people to seek refuge from persecution.”

On 29 June, Humanists International launched its annual fundraising campaign to raise £25,000 needed to assist humanists who risk their lives to defend humanist values in their countries. In two months, we managed to raise more than £14,000. Our Member American Atheists is among the many supporters and organizations that replied to the appeal.

American Atheists opened two different fundraisers: one on Facebook (below) and one on JustGiving.com, overcoming $4,000 in total. 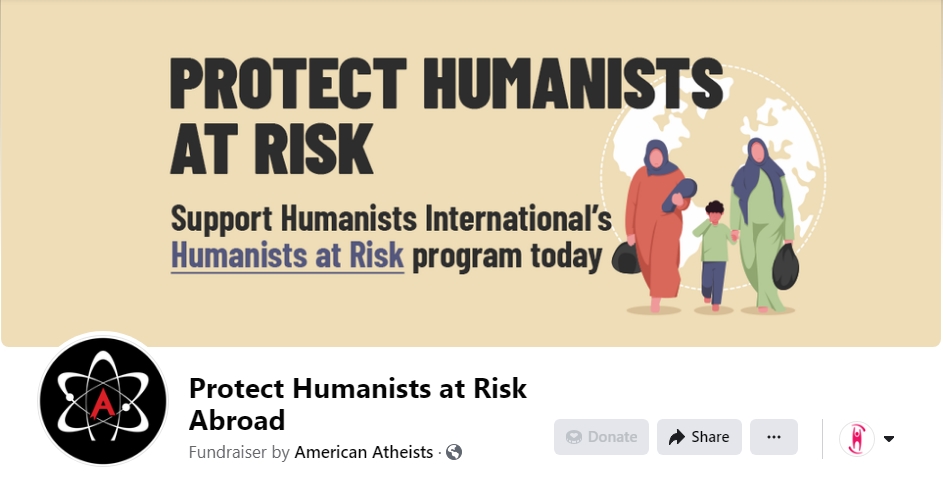 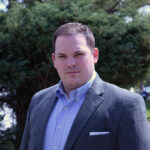 Nick Fish, President of American Atheists, explained why the US atheist community supported the campaign:

“The ongoing human rights crisis in Afghanistan only reinforces the urgency of the need for programs like Humanists International’s Humanists At Risk campaign. And the unfortunate truth is that we simply don’t have the capacity to meet the moment when confronted with the reality of the events unfolding before our eyes. By investing in this program, and building capacity for the long term, we are putting our values into action and making it clear that the human rights are universal, that the right to freedom of thought and belief is inviolable, and that the international humanist community will protect the right of all people to seek refuge from persecution.

As a result of the COVID-19 pandemic and the willful dismantling of our nation’s refugee program by the previous administration, the United States is scrambling to meet the needs of those most at risk because of our own policy choices. We will continue advocating for increased numbers of refugee admissions, expedited processes to allow them to get settled, and more resources to support them as they join our communities. But this is a global crisis that demands global solutions.

No one is better positioned to provide support and resources for humanists at risk across the world than Humanists International. This program is the single best way for us, as a community, to ensure that every atheist, humanist, and nonreligious person has the opportunity to live their conscience free from the threat of persecution at the hands of extremist regimes. We’re proud to be members of Humanists International and we’re proud to support Humanists At Risk.”