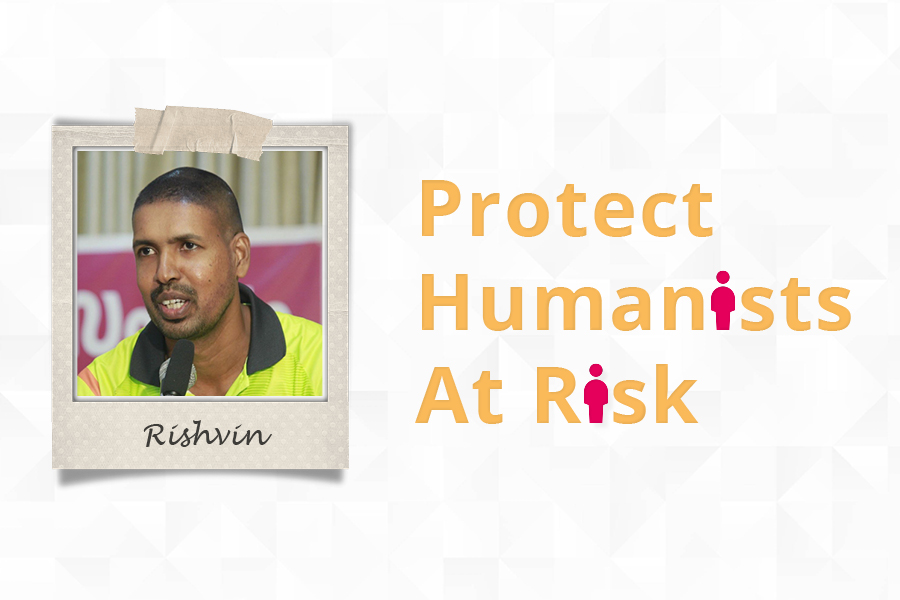 The only outspoken ex-Muslim of Sri Lanka: an interview with Rishvin Ismath

Humanists International had the privilege of interviewing the Co-founder and Spokesperson of the Council of Ex-Muslims of Sri Lanka, Rishvin Ismath, currently living in hiding after he escaped multiple attempts of murder by Islamic fundamentalists in his country. The story of Rishvin shows to the global humanist community the urgency of supporting Humanists International’s work to #ProtectHumanistsAtRisk.

Humanists, atheists and non religious people in Sri Lanka face discrimination and persecution on a daily basis, especially if they come from a Muslim background. Even though Sri Lanka is not a Muslim country (the majority of the population is actually Buddhist), the strong presence of Islamic militants, fundamentalists and extremists is very powerful and dangerous.

The story of Rishvin Ismath is exemplary in this regard: after years of activism as an Islamic preacher, Rishvin left Islam in 2013 and founded the Council of Ex-Muslims of Sri Lanka in 2016 (the only explicitly non-religious organization in the country) causing in this way the backlash of Islamic terrorist groups, which tried to kill Rishvin at least six times, as confirmed by the Sri Lankan police to Rishvin himself in 2019.

The one-hour long video interview above is at the same time inspiring and worrying – you can read a list of the most significant highlights below: on the one hand, it shows the courage and the determination of Rishvin, who after the unexpected public outing in 2019 is considered to be the only outspoken ex-Muslim in his country; on the other hand, it tell us with crudeness how harsh and life-threatening the life of Sri Lankan humanists can be when they end up on the radar of religious fundamentalist groups.

In agreement with Rishvin, Humanists International decided to publish this interview to seek support from the global humanist community for our #ProtectHumanistsAtRisk campaign – any amount can make a difference to the lives of many individuals at risk around the world, so please consider making a donation today.

Highlights from the interview

Click on the minute to jump to the respective part of the interview.

Rishvin in 2019 at the Parliamentary Select Committee exposing the truth about Islamic text books teaching kids to murder apostates of Islam. 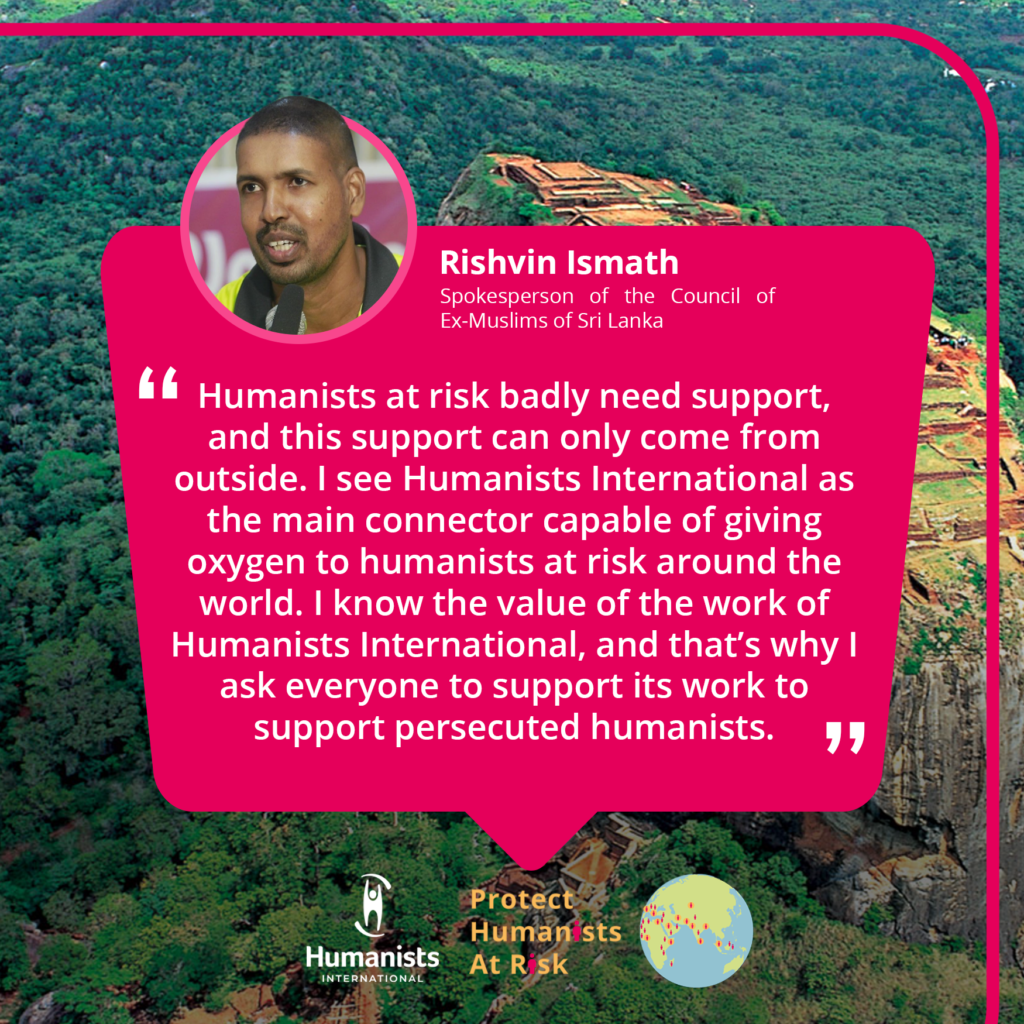