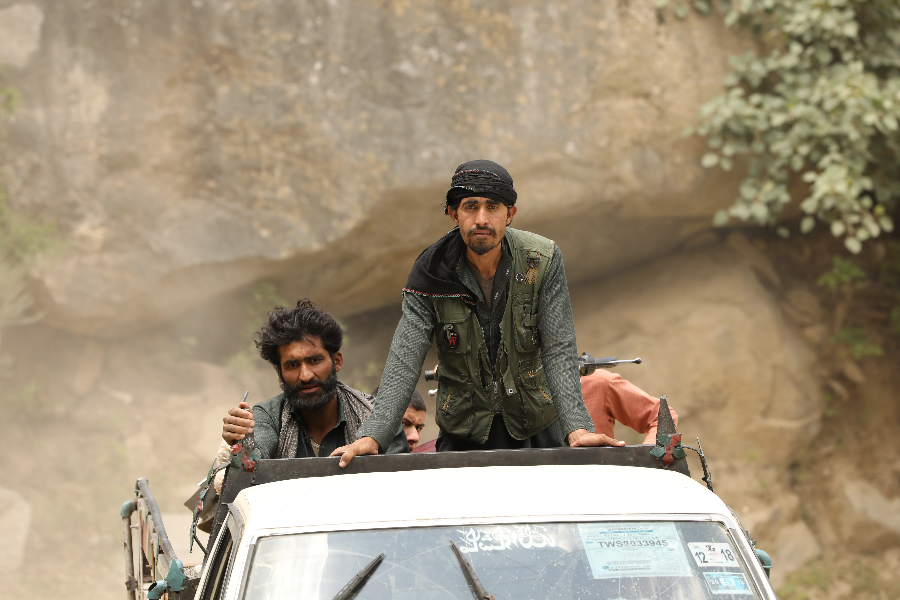 The resurgence of the Taliban in Afghanistan has triggered a humanitarian crisis as progressive activists hide in fear.

Humanists International has received reports of dozens of humanists and progressive human rights activists across Afghanistan who have gone into hiding. Many news outlets are reporting shocking scenes of chaos at Hamid Karzai International Airport in Kabul.

Humanists International is coordinating with its members to brief States on their responsibilities and duties under international law. We urge States to take urgent actions to support and protect activists who now face persecution for their work of the last two decades to promote democracy and human rights in Afghanistan. Humanists International has produced a full briefing on the issue, including recommended actions for individuals and governments, which is available to download at the bottom of this story.

Speaking at the opening of its 69th General Assembly on Sunday 15 August, the President of Humanists International, Andrew Copson, said:

“As we open the Assembly we take a moment to think of the people of Afghanistan, where the advance of the Taliban all over the country has ushered in the end of hopes for freedom. The things most valued by our humanist movement – freedom of thought, speech, and choice; human rights including of women, LGBTI+ people, and children; knowledge, rationality; human empathy – are the things most hated by the Taliban and those who have allied or will ally with them. I know that all national humanist organizations will be urging the governments of their countries to take whatever action they can – unilaterally and multilaterally – to secure the human rights and equitable treatment of everyone within Afghanistan.

“I know too that we will all be increasing our support for Afghan refugees – both humanists and others – who have fled or are fleeing the utter darkness of the regime that their homeland will now suffer again. And we will be urging our governments to do the same. Our growing horror at the rise of totalitarian regimes of all kinds must not extinguish our hope that a better world is possible. But it is an urgent call to action that none of us can ignore.”

Photo by Sohaib Ghyasi on Unsplash 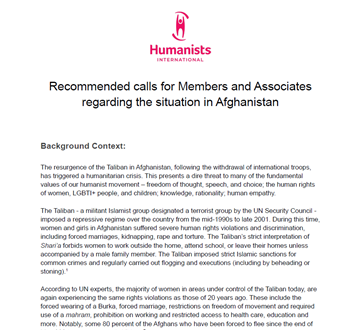 Recommended calls for Members and Associates regarding the situation in Afghanistan