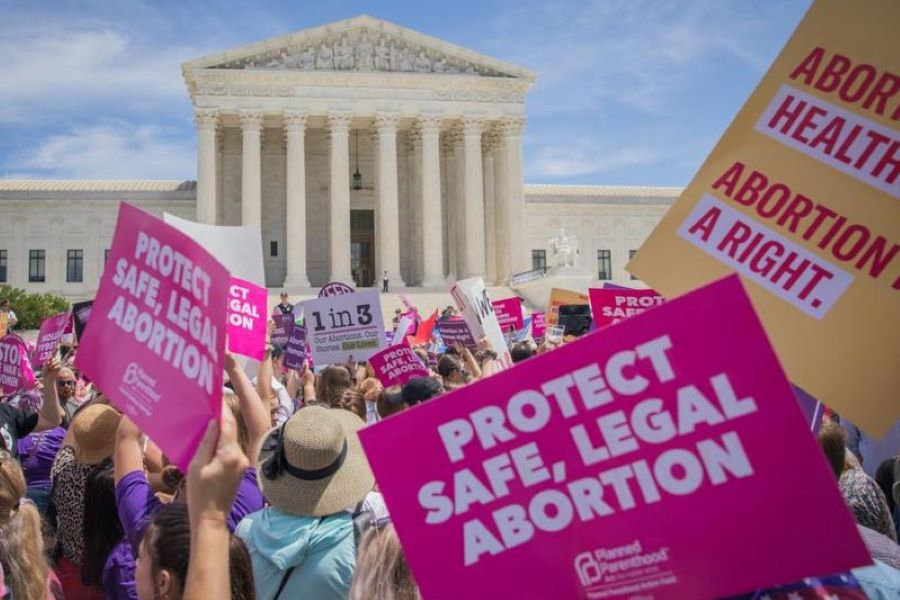 To mark International Safe Abortion day (28 September), Humanists International has called on states at the UN to do more to ensure access to safe abortion for all.

The call was made as part of a statement delivered by Humanists International’s Director of Advocacy, Elizabeth O’Casey, at the 48th Session of the UN Human Rights Council.

In it, she highlighted recent developments in the state of Texas in the United States, where just over a month ago, a law banning most abortions after about six weeks of pregnancy – despite a constitutional right to the procedure – was introduced. Over the weekend, tens of thousands of people marched at rallies across all 50 US states in support of abortion rights. 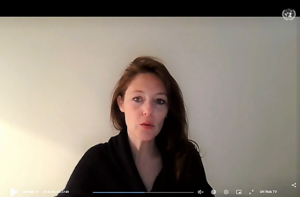 Director of Advocacy, Elizabeth O’Casey, delivers the call on safe abortion by video on the UN website

Texas joins the likes of Poland, where a ban on abortions due to fetal defects took effect in January ths year, essentially ending all abortions in the country.

A total ban on abortion already exists in Malta, El Salvador, and Nicaragua. Prison sentences for having an abortion in El Salvador can stretch up to 40 years. Chile also has a complete ban on abortion, however it is currently in the process of reviewing it. Just last week, Chile’s lower house of Congress approved a plan to debate a bill that would expand women’s access to legal abortions (up to 14 weeks).

O’Casey also raised the issue of “conscience clauses,” which allow medical practitioners to refuse to provide abortion-related services on the grounds of their religious beliefs. Currently, 52 countries have conscience clauses. She pointed out that the unregulated or extensive use of these clauses result in the violation of the right to access abortion, reproductive services and related health services. In Croatia and Italy for example, the extensive use of the conscience clause by medical practitioners (between 60% to 70%) has meant denial of services to women – and in some cases entire hospitals refusing care. Many women are forced to have terminations in private clinics or to travel abroad, at extraordinary cost and possible danger to themselves.

The statement called for states to urgently fulfil their duty to respect the right to safe abortion, including by: “eliminating all barriers to the provision of abortion services that lead women to resort to unsafe abortions; removing all legal provisions, including criminal laws, which penalize women who have undergone abortion or medical practitioners who offer these services; and regulating conscience clauses to guarantee that they never restrict access to abortion and reproductive health care.”