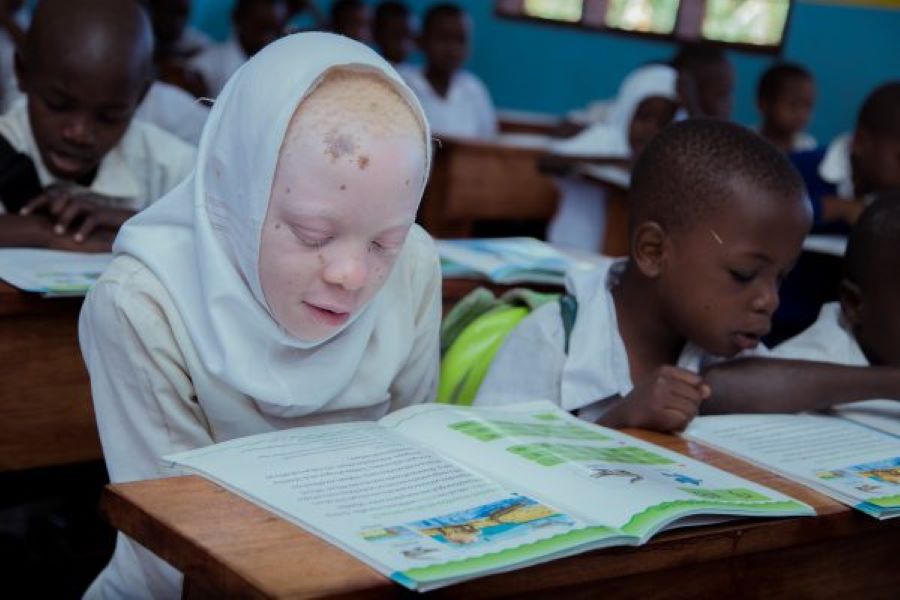 In a meeting on the human rights of persons with albinism at the 49th session of the UN Human Rights Council today, Humanists International has made a statement highlighting the role of superstitious attitudes and beliefs in causing and maintaining discrimination and persecution against people with albinism.

The statement, delivered (via video) by a member of the Humanists International Board, Dr. Leo Igwe, during an interactive dialogue with the newly-appointed UN Independent Expert on the enjoyment of human rights by persons with albinism.

In a discussion of the Independent Expert’s first report on “Harmful practices and hate crimes targeting persons with albinism,” Igwe welcomed her work and also highlighted the need for education in helping prevent the continued prevalence of the many dangerous myths and superstitions about persons with albinism.

Evidence shows that superstitious attitudes and myths have a profound impact in sustaining intolerance of, and discrimination against, people with albinism, and heavily fuel the violence against them. Myths include the belief that albinism is a contagious condition, or one that arises as a result of the so-called “sins” of family members. Another myth is that people with albinism possess magical powers that can bring about evil, or that their body parts can be used in rituals to bring about good fortune. These myths can result in making people with albinism targets for brutal attacks, mutilations and murder.

Igwe, on behalf of Humanists International, made the point that education which develops critical thinking is key to challenging the superstitions, myths, and dogmas, that underpin and fuel discriminatory attitudes towards persons with albinism and the violence they face.

Discrimination against people with albinism is a global problem, with reports of people suffering stigma and exclusion due to their albinism, across the world. However attacks against, and the killing of, people with albinism has been most notable in some African countries – such as Malawi and Tanzania.

In the last decade, over 700 people with albinism across 30 countries in the region of Africa have been killed, mutilated, or traumatized by harmful practices related to accusations of witchcraft and ritual attacks. Victims can be kidnapped and then dismembered by hired killers, or even sold by unscrupulous family members, with body parts fetching up to $75,000.

Since the start of the pandemic, there have been reports that people with albinism are being blamed for the spread of COVID-19. Last year, the UN High Commissioner for Human Rights highlighted reports of persons with albinism being branded “corona” and “COVID-19”, effectively labeling them scapegoats of the pandemic and further ostracizing them in their communities.