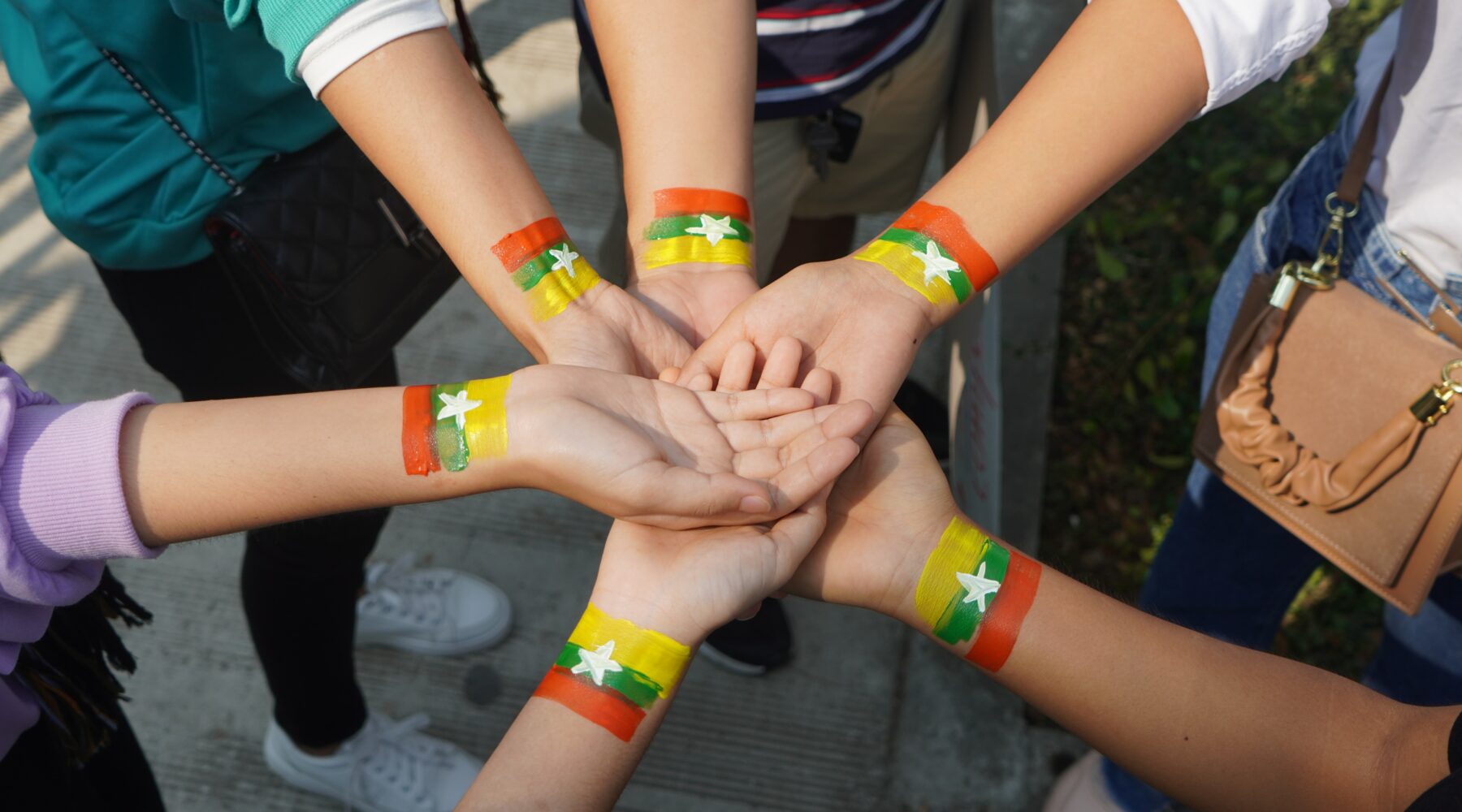 Humanists International has delivered a joint statement with its Associate, Burmese Atheists, calling for accountability and an end to military impunity in Myanmar, one year after the military coup.

The joint statement was made during a dialogue held with the the United Nations High Commissioner for Human Rights, Michelle Bachelet, in response to her recent report on the situation of human rights in Myanmar, during the 49th session of the UN Human Rights Council. Humanists International’s Advocacy Officer, Lillie Ashworth, delivered the intervention on behalf of, and in the words of, democracy activists from the Burmese Atheists, including co-founder Theo Maung, and his colleagues.

Reading from the statement, Ashworth noted that, “Since the coup, the junta’s inhumane acts have included arresting healthcare workers, intentionally depriving [the people of Myanmar] of COVID-19 vaccines and blocking humanitarian aid access.” The statement also condemned the continued supply of weapons to the junta by two Permanent Members of the UN Security Council – Russia and China – in violation of international law.

Both organizations urged States to use all diplomatic means available to them to restore democracy and the rule of law to Myanmar, placing particular emphasis on the need for a comprehensive arms embargo to prevent the transfer of weapons to the military, the imposition of targeted sanctions against the military’s economic interests, and for mobilization towards greater accountability.

As noted by the High Commissioner in her opening remarks, human rights in Myanmar are in a moment of “profound crisis”, with military forces continuing to respond to peaceful acts of protest and civil disobedience with lethal force, mass arbitrary arrests and torture. Her report noted that, since the coup of 1 February 2021, over 1,500 people have been killed by security forces, over 10,000 individuals have been arbitrarily detained, and as many as 14.4 million people are now urgently in need of humanitarian assistance.

“Since the 1960s, instead of protecting us, the Myanmar army has been committing war crimes, including torture, rape and mass killings, against us, especially targeting minority ethnic groups. The citizens of Myanmar, no matter their ethnicity, race, sex, gender and social class, are united against a common enemy. We have found solidarity and common cause with one another. It is in this moment of crisis that we have the best chance to create a new country along principles of federalism, democracy and social justice.”

UN Human Rights Council States are due to vote on an updated resolution on the human rights situation in Myanmar at the end of the 49th session. Humanists International has been following the informal negotiations on the resolution.