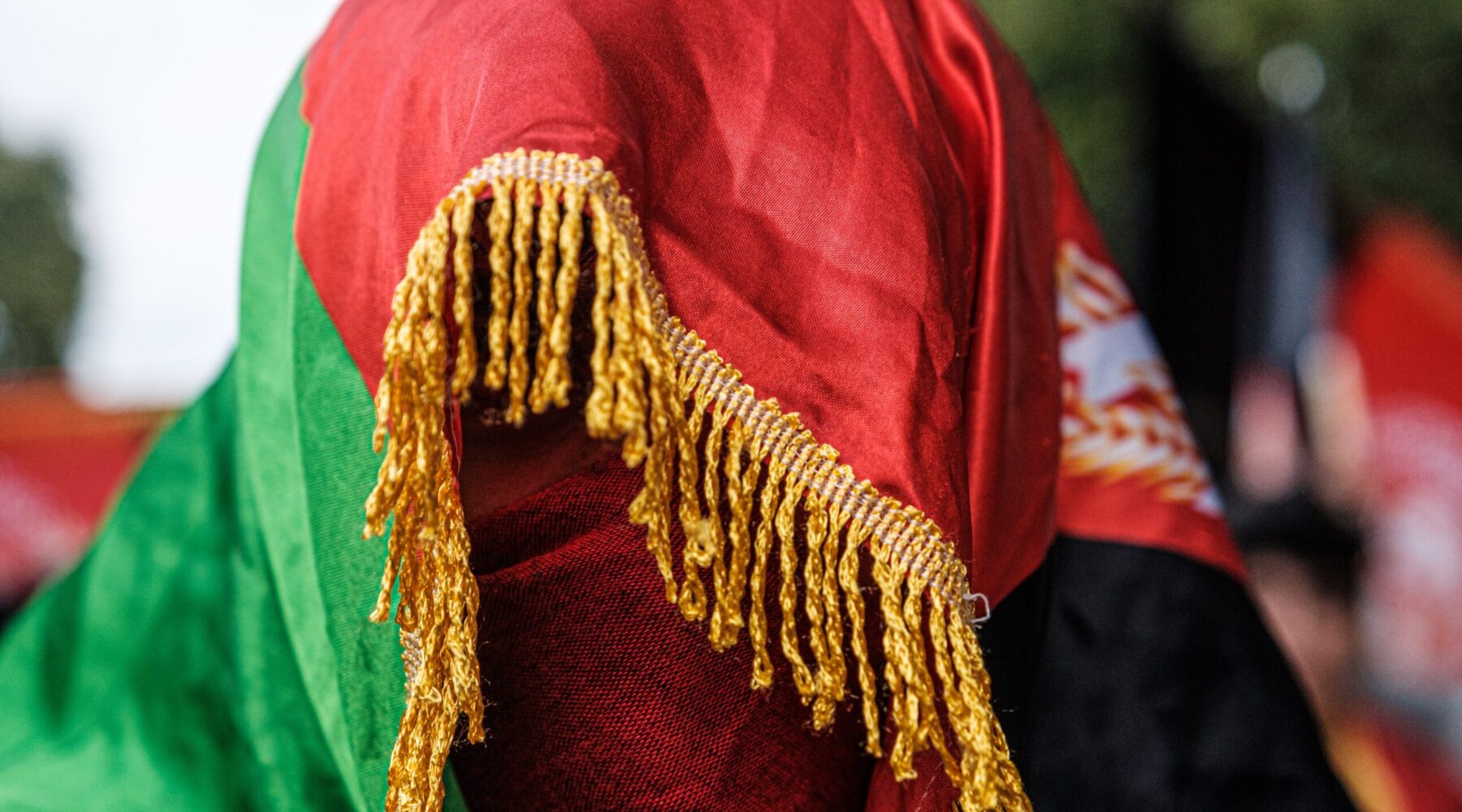 The UN Human Rights Council has convened today to hold an urgent debate on the widespread and systematic violations of the rights of women and girls in Afghanistan.

Humanists International’s Director of Advocacy, Elizabeth O’Casey, intervened during the urgent debate. Her statement condemned the systemic erasure of women from public life in Afghanistan and invoked the sweeping roll-back of women’s rights and freedoms by the Taliban, including decrees which have banned women from traveling long distances unaccompanied by a male guardian, mandated full face coverings in public spaces, and denied women employment, access to healthcare and services. 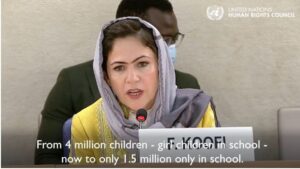 Afghan MP Fawzia Koofi delivers a statement during the debate

Afghanistan is now the only country in the world to ban girls from access to a secondary education. This decision, contrary to the Taliban’s earlier assurances, has effectively denied millions of girls “a fundamental means of realizing their…rights to freedom of thought and self-identity”, O’Casey said.

She called on the Council not to lose its sense of urgency with regards to the situation of Afghan women and girls, and urged States not to accept “religious” or “cultural particularities” cited by the Taliban and its sympathizers as an excuse for undermining their rights.

Since 15 August 2021, Humanists International has received 128 requests for assistance from Afghan individuals through its humanists at risk casework programme. 18% of such requests have come from women. Many Afghan women that Humanists International supports are ”persecuted for multiple and intersecting reasons, including their non-religious beliefs, gender, activism, or work as academics, medical professionals, and writers”, O’Casey told the Council. She further noted with concern that the process of seeking asylum in many countries remains overly complex, leaving many women asylum-seekers in a permanent state of judicial limbo.

UN Member States are expected to vote on a resolution stemming from the urgent debate at the end of the 50th session of the UN Human Rights Council.