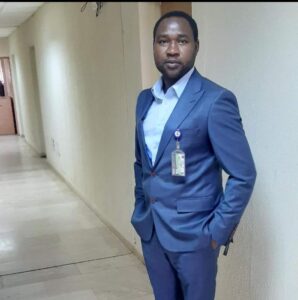 Humanists International urges the Nigerian authorities to facilitate the release of court documents so that the appeals process in the case of Mubarak Bala may proceed unhindered.

On 5 April 2022, President of the Humanist Association of Nigeria, Mubarak Bala was sentenced to 24 years in prison having pled guilty to charges of ‘conducting himself in a manner likely to cause breach of public peace’ in connection with a series of Facebook posts deemed ‘blasphemous’ by some. Humanists International understands that Bala was subjected to pressure in order to secure a guilty plea.

According to court documents reviewed by Humanists International, Bala has instructed his lawyers to appeal on four grounds:

Bala’s Notice and Grounds of Appeal was filed on 30 May 2022. A key part of the appeals process is the transferral of the records of proceedings in Bala’s case from the Kano High Court to the Appellate Court; by the Court of Appeal rules, the trial Court has 60 days from the date the Notice of Appeal was filed to transmit the records, however, private records may be filed after 30 days.

As a result of the failure of the Kano State High Court to transfer the files to date, Bala’s representatives have begun the process of compiling private records, for which they will consult with the Kano State Ministry of Justice. Humanists International is concerned that the delay in the transferral of Bala’s court records will unduly prolong his quest for justice.