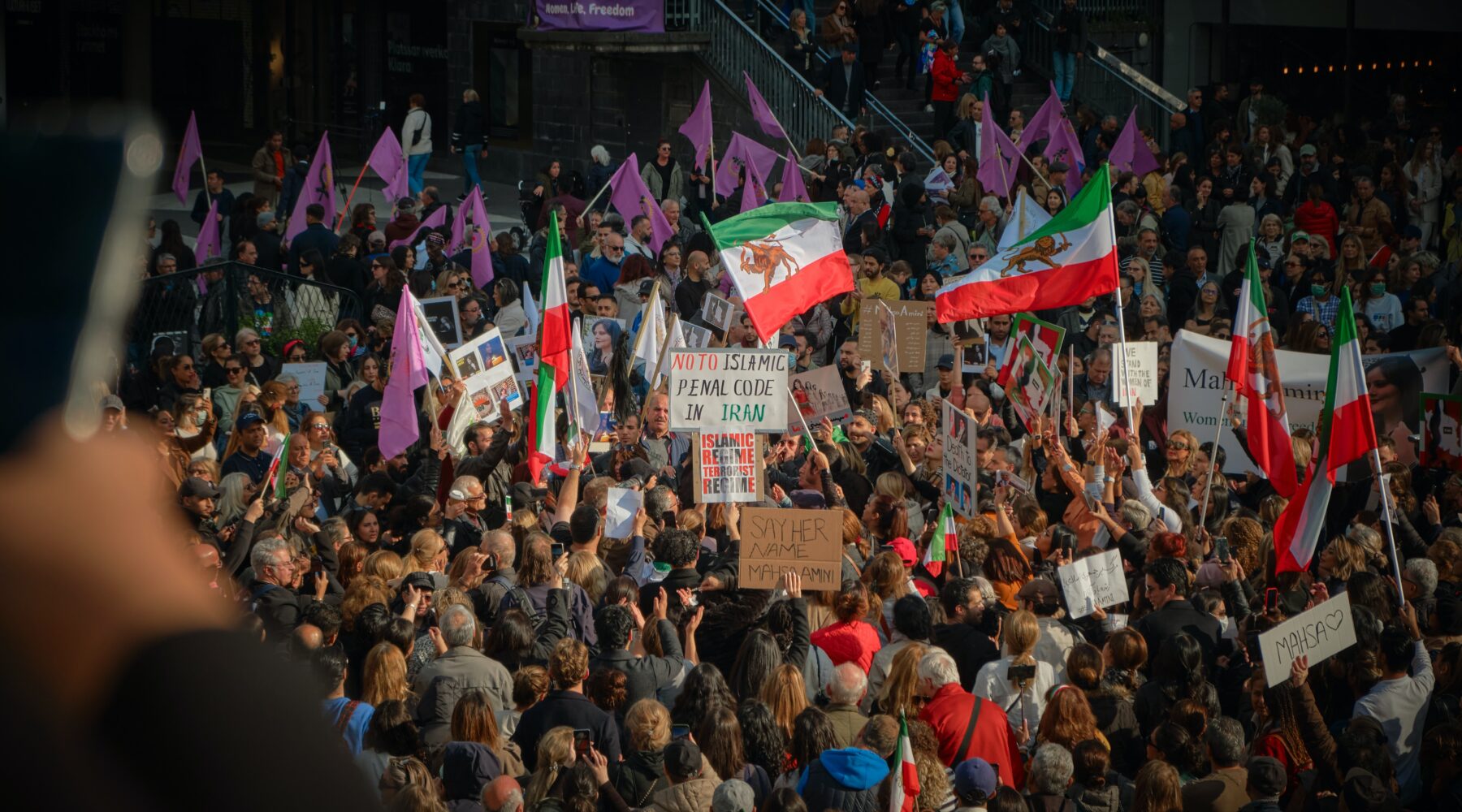 Speaking at the 51st session of the UN Human Rights Council, Humanists International has called for those responsible for the murder in custody of Kurdish-Iranian Mahsa Amini to be held accountable.

In a statement made during the General Debate segment of the 51st UN Human Rights Council, Humanists International’s Advocacy Officer, Lillie Ashworth, responded to the recent murder in custody of 22-year old Kurdish-Iranian Mahsa Amini. Amini had been arrested by Iran’s “morality police” on 13 September for wearing her hijab “improperly”. She was accused of being in violation of Iran’s discriminatory compulsory veiling laws which require girls from the age of 9 to cover their hair completely. As several UN independent experts stated in the days following her death, there is evidence that Amini had been beaten and subjected to torture in custody. The Iranian police have claimed that she had suffered a stroke and a heart attack while in custody. 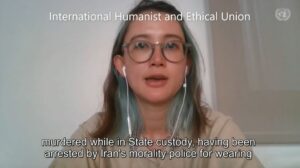 Humanists International’s intervention was delivered by video at the UN

Ashworth’s statement strongly condemned Iran’s persecution of those it considers to be in violation of strictly enforced patriarchal religious norms, which she noted deprive women of their autonomy and their freedom of choice, expression and belief. She reminded Iran that “compulsory veiling is a human rights violation, and that appeals to religious morality can never be used to police women’s choices, or to invalidate their equal dignity and worth.”

Amini’s murder has led to widespread protests in Iran against discriminatory mandatory veiling laws, and the broader context of human rights violations at the hands of Iran’s morality police. As of writing, it has been reported that at least 76 people have been killed and hundred arrested since the crackdown on protests began.

Ashworth appealed to all State delegations attending the Human Rights Council, and the UN General Assembly this month, to apply pressure to Iran to cease its unlawful repression of protest, and to deliver justice and accountability for Amini and all others who have been met with violence for standing up for equality and human rights in Iran.

Photo by Artin Bakhan on Unsplash