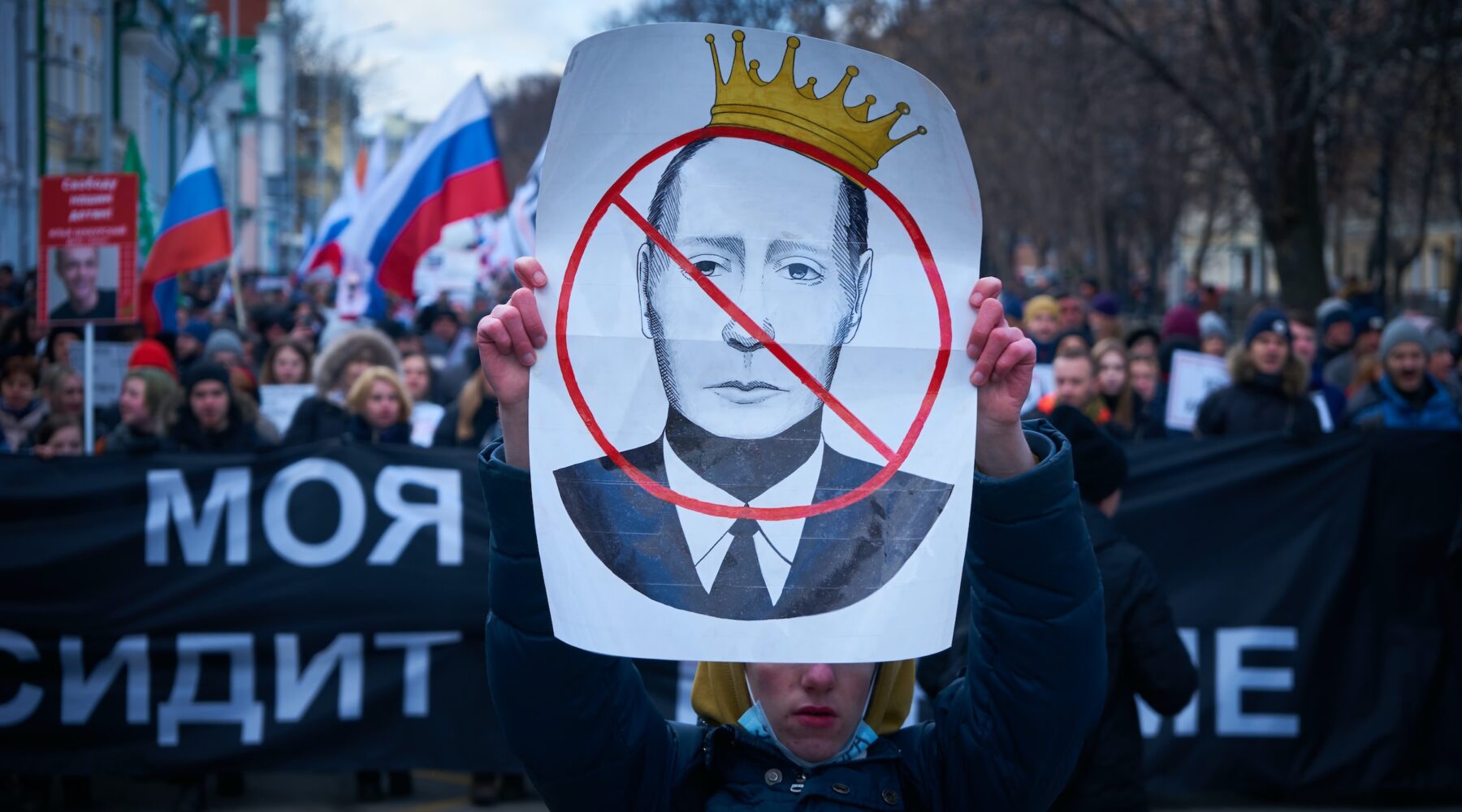 The UN Human Rights Council has voted today to adopt a resolution creating a Special Rapporteur on the Russian Federation.

It marks the first time a permanent member of the UN Security Council will be monitored by a UN Special Procedure with a country-specific mandate.

UN Special Rapporteurs are independent human rights experts appointed by the Council with mandates to report and advise on human rights from a thematic or country-specific perspective. The Special Rapporteur on Russia will be charged with undertaking country visits, acting on individual cases of reported violations and concerns of a broader nature, and raising public awareness and providing advice for technical cooperation.

The resolution calls on Russia to allow the Special Rapporteur “unhindered access to visit the country and to meet freely with relevant stakeholders, including civil society and human rights defenders.” 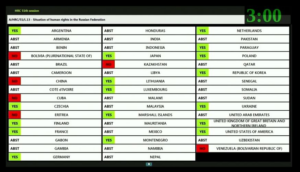 Voting results at the Council (Photo by @UN_HRC on Twitter)

The resolution was led by 26 European States and co-sponsored by over 47 other countries. 17 countries voted in favour, six against (Bolivia, China, Cuba, Eritrea, Kazakhstan, and Venezuela) and 24 abstained.

The text of the resolution expressed deep concern at the “reported mass arbitrary arrests, detentions and harassment of civil society representatives, human rights defenders, political opposition representatives, journalists and other media workers, particularly women, persons belonging to minorities and to groups who are discriminated against and marginalized and other individuals exercising their human rights, including persons peacefully protesting and speaking out against the deterioration of the rule of law in the Russian Federation as well as the aggression of the Russian Federation against Ukraine, and the excessive use of force against these individuals, as well as at the denial of the right to legal assistance, including for those detained, and the denial of their right to a fair trial.”

Humanists International was one of many civil society organizations, including organizations in Russia, calling for the creation of such a mandate. In a statement to the UN in March on the Russian invasion into Ukraine, Director of advocacy, Elizabeth O’Casey, said the violations committed in Ukraine by Russia, “are clearly facilitated and sustained by the oppressive human rights climate in the Russian Federation itself; the severe restrictions on free expression, the widespread propagation of disinformation, the repression of civil society, and the intimidation, censoring and criminalisation of journalists all contribute to the Russian government being able to wage a war of aggression without accountability at home. Accordingly, any Council resolution needs to create a mandate for a Special Rapporteur on the human rights situation in Russia.”

The positive vote on the Russia resolution followed the rejection yesterday by the Human Rights Council of a resolution seeking a debate on the human rights situation in the Xinjiang Uyghur Autonomous Region of China. That resolution was defeated with 19 states voting against, 17  in favor, and 11 abstaining.