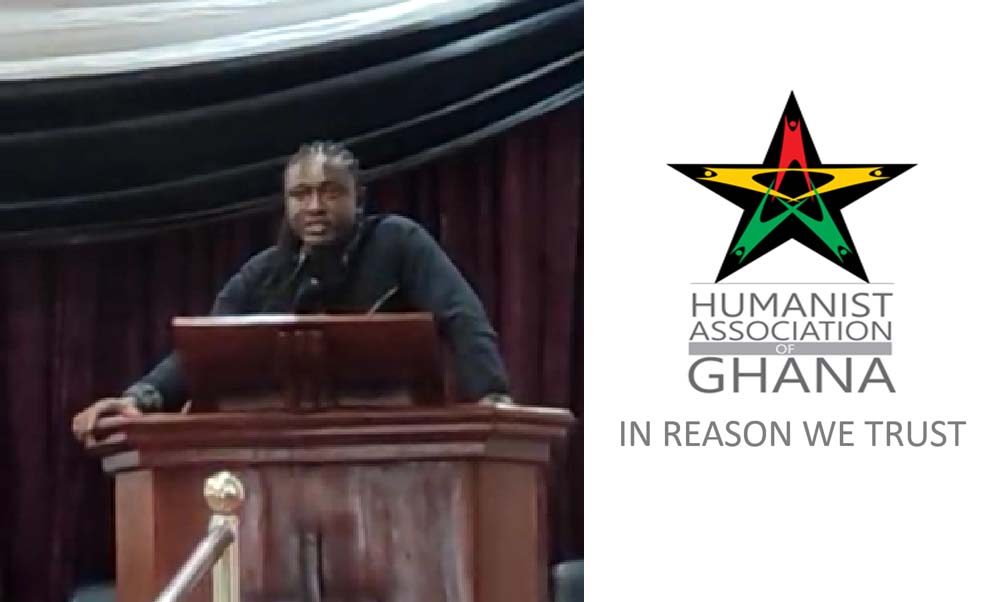 On 20 November, the Humanist Association of Ghana (HAG), a Member of Humanists International, reached a new milestone for the organization after conducting its first humanist funeral at the Lashibi Funeral Home in Accra, Ghana.

The President of the HAG, Michael Osei Assibey, led the humanist funeral for Korwu Tordzro (aka Iron), an activist for economic and social justice, journalist, writer, storyteller, teacher, and mentor.

The HAG was approached by friends and family of Iron to conduct a ceremony that reflected his life and beliefs in a way that brought out his character, creativity, activism, relationships, and friendships. To achieve this, HAG worked closely with the organizing group of family, comrades, and friends – who pointed out that Iron was an iconoclast and would be proud to break the mold one last time by being celebrated in the first humanist funeral service in Ghana.

Attendees commented on how profound, personal, and meaningful they found the service, and quite a few people said they would now choose a humanist service.

During the service, Kwabena Antwi-Boasiako, a member of the Humanist Association of Ghana, said:

“Humanists believe that there is one world and we have one life. Death is simply part of nature and as natural as life itself, and all life has its beginning, its middle, and its end. The death of someone close to us reminds us both of our own mortality, and of others we have loved and lost. And although death separates us from those we love, they live on in our hearts and minds and memories, and their presence may be felt in old familiar places.”