The European Humanist Federation dissolves at an extraordinary General Assembly on 18 December 2022.

At an extraordinary General Assembly on 18 December 2022, the European Humanist Federation decided to dissolve. The 24 member organizations present voted unanimously to end the mandate of the board and appointed liquidators who, in accordance with Belgian law, will carry out the dissolution of the organization.

Due to special funding provided by European organizations Humanists International has started both a European Policy Forum and a Capacity Building and Networking project with a focus on humanist services. 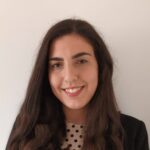 The Policy Forum will continue to coordinate article 17 interventions and meetings in the EU institutions. Humanists International has just appointed Tania Giacomuzzi Mota as part of the advocacy team with European Institutions as her area of work. She will soon be in touch. 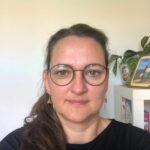 The Capacity Building and Networking project will build connections between European organizations based on shared practices and developmental goals. Lone Ree Milkær is Humanist Professionals Network Manager. Contact [email protected] if you have any questions.

European Humanist Federation was founded in 1991 and has since then been the cooperative body of humanist, agnostic and atheist organizations in Europe. It was based in Brussels, and the Belgian Centre d’Action laïque hosted the organization until 2020. The primary focus of the organization was advocacy activities in the European Parliament and European Commission.