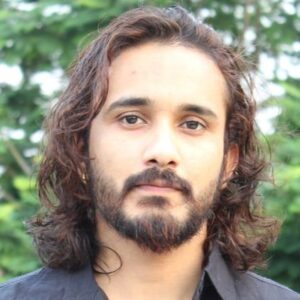 Asad Noor, who started blogging in 2013, has been facing threats and intimidation for his human rights work since 2015 both from state and non-state actors. He is currently living in hiding.

On 13 May 2020, Asaduzzaman Khan, the Minister for Home Affairs, issued a warning to exiled human rights defenders that if they continued to “tarnish the image of the country” abroad, the government would invalidate their passports.

July
On 13 July, Noor publishes a series of videos in support of a Buddhist monk who had been critical of the government for its decision to illegally appropriate a Buddhist temple in Chittagong, and defending pro-LGBTI+ educational platform.

On 14 July, the police announce that they are seeking to arrest Noor after new criminal charges were brought against him under the Digital Security Act for ‘spreading rumours’ and ‘defaming Islam’ via a Facebook video.

On 17 July, a government ally reportedly called for Noor and the monk to be hanged and called on the public to demonstrate in the streets of Chittagong.

On 18 July, local authorities detain Noor’s elderly parents and four other family members, holding them for 48 hours. It is believed that this was an attempt to coerce Noor to return to Bangladesh for arrest.

October
In October, Noor raises concerns that the Bangladesh Deputy High Commission in Calcutta has been spearheading efforts to pressurize Indian police and intelligence to deport him.

January
Noor is released from the custody of military intelligence

February
Noor flees Bangladesh in search of safety. He continues his activism abroad.

January
On 11 January, Noor is charged with defamation of religion under the draconian 2013 Information and Communication Technology (ICT) Act.

August
Noor is released on bail on 16 August.

September
On 11 September, Noor is detained by military intelligence after a radical Islamic organization known as Hefazat-e-Islam Bangladesh called for him to be imprisoned and subjected to the death penalty.

December
On 26 December, Noor is arrested at Hazrat Shahjalal International Airport in Dhaka after a member of the Islamic religious clergy sued him for creating and spreading content on social media that “hurt religious sentiments.”

Noor began blogging in the context of the Shahbag movement – blogger-led protests demanding capital punishment for war crimes committed during Bangladesh’s liberation war and calling for a ban on religious politics broke out in 2013 – and the violent backlash to which secular and free-thinking individuals (including writers, bloggers, lawyers and students) were subjected by non-state actors. At least 30 people were murdered over this period, some even in broad daylight at the hands of men wielding machetes and knives.

Though in theory a secular democracy, the government has frequently given into pressure from Islamist parties, and continues to threaten atheists and others on charges of “hurting religious sentiments”. As of 2013 it was estimated that 89.1% of the population were Muslim (the majority of whom are Sunni), 10% Hindu, with the remaining 0.9% comprise Buddhists, Christians, Animists and Ahmadi Muslim and other minority religious groups.

The tension between Islamism and secularism in Bangladesh has resulted in the legal and extrajudicial persecution of freethinkers and minority belief groups, which occasionally erupts into violence.

The Constitution guarantees freedom of expression, with some restrictions for “public order” concerns, and its media are vibrant and diverse. Bangladeshi authorities impose serious restrictions on freedom of expression in order to suppress criticism. Several legislative restrictions unduly restrict the right to freedom of expression, including provisions within the Penal Code that make criminal defamation, sedition and religious insult offences, and the Digital Security Act (DSA). To date, these provisions have been used to imprison activists, writers, bloggers and journalists critical of the authorities.  This in turn leads to self-censorship on some religious and political topics.

Since the outbreak of the COVID-19 pandemic, ARTICLE 19 has observed an upsurge in attacks on media critical of the government’s response. By 19 May 2020, 16 journalists had been arrested, many charged under the DSA. Other journalists, medical professionals, students and activists faced harassment and intimidation in order to suppress criticism.

The failure of the authorities to bring the perpetrators of murders of freethinkers to justice and the lack of security provided to any bloggers under threat lead to a stifling climate for free expression. In addition, police and government officials have threatened to arrest the bloggers for writing about “atheism” or simply advised them that they should stop writing about atheism if they wish to be safe.

Chapter XV of the Penal Code provides for several criminal offences related to religion, including defiling places of worship, interrupting services and trespass on burial grounds. Several provisions in this chapter have been used to prosecute and imprison atheist and secularist activists.

“Whoever, with deliberate and malicious intention of outraging the religious feelings of any class of the citizens of Bangladesh, by words, either spoken or written, or by visible representations insults or attempts to insult the religion or the religious beliefs of that class, shall be punished with imprisonment of either description for a term which may extend to two years, or with fine, or with both.”

Article 28 of the DSA, passed in 2018, provides penalties of up to seven years and/or a fine “[i]f any person or group intentionally or knowingly with the aim of hurting religious sentiments or values or with the intention to provoke publish or broadcast anything by means of any website or any electronic format which hurts religious sentiment or values.”

Additionally, Article 8 of the DSA grants the authorities the power to remove or block content that “hampers the nation or any part therein in terms of nations unity, financial activities, security, defense, religious values, public discipline or incites racism and hatred.”

The DSA has been condemned by the international community for its overbroad and vaguely-worded provisions that unduly restrict freedom of expression.

Given the history of vigilante violence in Bangladesh, Humanists International is concerned that Noor’s family remain at risk of intimidation from the police as well as from followers of radical Islam seeking to exact revenge on Noor.