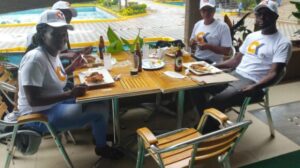 On 29 November, representatives of Atheists in Kenya Society appeared before the Registrar of the High Court. According to Atheists in Kenya Society, at the appearance on 29 November, lawyers acting on their behalf indicated that they were ready to proceed in the matter, however, lawyers acting on behalf of the plaintiff indicated that they needed more time in order to gather evidence. Another individual is also reported to have appeared in court seeking to be enjoined to the case as an interested party.

On 31 October, lawyers acting on behalf of the society pro bono filed the society’s response to the petition. The society contends that the petition is frivolous and devoid of substance, based on the misinterpretation of applicable law and the Constitution.

The Republic of Kenya is situated between Somalia and Uganda. The population is largely Christian (85.5%), with a large Muslim minority (10.9%), with other religious minorities making up the rest of the population.

Atheists in Kenya are vastly in the minority, both to the Christian majority and the smaller Muslim population. There is significant religious influence on social and moral issues, detrimental to human rights standards and equalities.

In recent years, there has been growing terrorist violence in Kenya, which in part has contributed to new laws that put restrictions on freedom of expression.

Humanists International is concerned that Atheists in Kenya Society and its members are being targeted simply for exercising their rights to freedom of religion or belief and freedom of expression and calls on the High Court of Kenya to quash the petition to suspend their registration.

Humanists International has provided funding to cover administrative costs associated with their legal case, and continues to monitor the case closely.