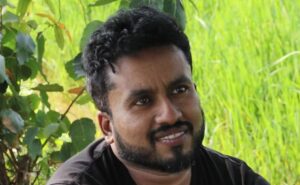 Online activist and self-proclaimed atheist and rationalist Indika Rathnayaka, faced accusations of ‘propagating fictitious ideas about Buddha and Buddhism’ on Facebook, creating unrest among Buddhists, and misleading the younger generation with his Facebook posts. The charges were subsequently dropped.

On 8 June 2020, a Buddhist monk and director of the Buddhist Information Centre, files a complaint with the Criminal Investigation Department claiming that Rathnayaka had propagated fictitious ideas about Buddhism and Buddha. The the Buddhist monk claims that Rathnayake should be arrested and charged under Article 291 B of the Penal Code and Article 3(1) of Sri Lanka’s ICCPR Act (2007). According to Rathnayaka, the monk based these accusations on Rathnayaka’s Facebook posts – stating that Buddhism originated from Jainism.

Reacting to the complaint filed with the Criminal Investigation Department, Rathnayaka filed a complaint himself with the Human Rights Commission of Sri Lanka on 10 June 2020, due to this infringement of his fundamental right of freedom of expression.

July
Rathnayaka gave a a statement before the Organised Crimes Prevention Police Division on 29 July 2020.

The case is dropped after this interview.

Humanists International underlines once again that religious beliefs should not be protected from criticism. Indika Rathnayaka’s inalienable right to freedom of expression should be protected by the Sri Lankan government.