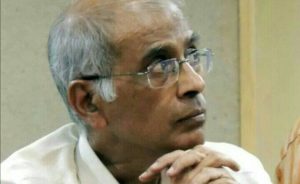 On 23 August 2013, leading anti-superstition campaigner, Narendra Dabholkar, was shot and killed in Pune, Maharashtra state, by two men on a motorcycle.

In March 2021, the Bombay High Court asked the Central Bureau of Investigation for a progress report on its investigation into Dabholkar’s murder. At the end of the month, the CBI confirmed it was ready to go to trial.

Almost seven years since his murder, the trial of the accused had still not commenced. In February 2020, the Bombay High Court expressed concern at the delay.

In May 2019, two further individuals were arrested in connection with their alleged involvement in Dabholkar’s murder. The men are reported to have links to Sanatan Sanstha – a Hindu-nationalist group. To date, six individuals have been charged in connection with the crime. Several of those accused have also been implicated in the murders of other rationalist thinkers killed in the same period.

In August 2018, the Central Bureau of Investigation (CBI) reportedly arrested a man accused of being one of the shooters of Dabholkar.

According to The Print, “In its charge sheet in 2016, the central agency named Sanatan Sanstha members Sarang Akolkar and Vinay Pawar as the two people who shot Dabholkar. But in August 2018, it arrested Sachin Prakashrao Andure and Sharad Kalaskar and told the court that these two had opened fire on Dabkholar. “

In 2017, the state of Karnataka passed the ‘Karnataka Prevention and Eradication of Inhuman Evil Practices and Black Magic Bill,’ an anti-superstition bill, under pressure from civil society groups following the murders of Dr Dabholkar and Dr Kalburgi.

On 20 August 2013, Dabholkar was shot and killed by two men on a motorcycle. The murder came just days after the state government pledged to re-introduce an anti-superstition bill, aimed at making it an offence to exploit or defraud people with ‘magical’ rituals, charms and cures. This bill was closely associated with Dabholkar’s work, and was opposed by many right-wing and Hindu nationalist groups who labelled it “anti-Hindu”. The anti-superstition bill was passed into law soon after Dabholkar’s assassination.

Dabholkar was a long-time activist in India’s rationalist movement, founder-president of Maharashtra Andhashraddha Nirmoolan Samiti (MANS), an anti-superstition organization, and a leader of the Federation of Indian Rationalist Association, a member organization of Humanists International.

Humanists International believes that Narendra Dabholkar was killed in retaliation for his work countering superstition. The organization remains concerned by the delays in the investigation and calls on the authorities to bring all those implicated in his murder to justice.