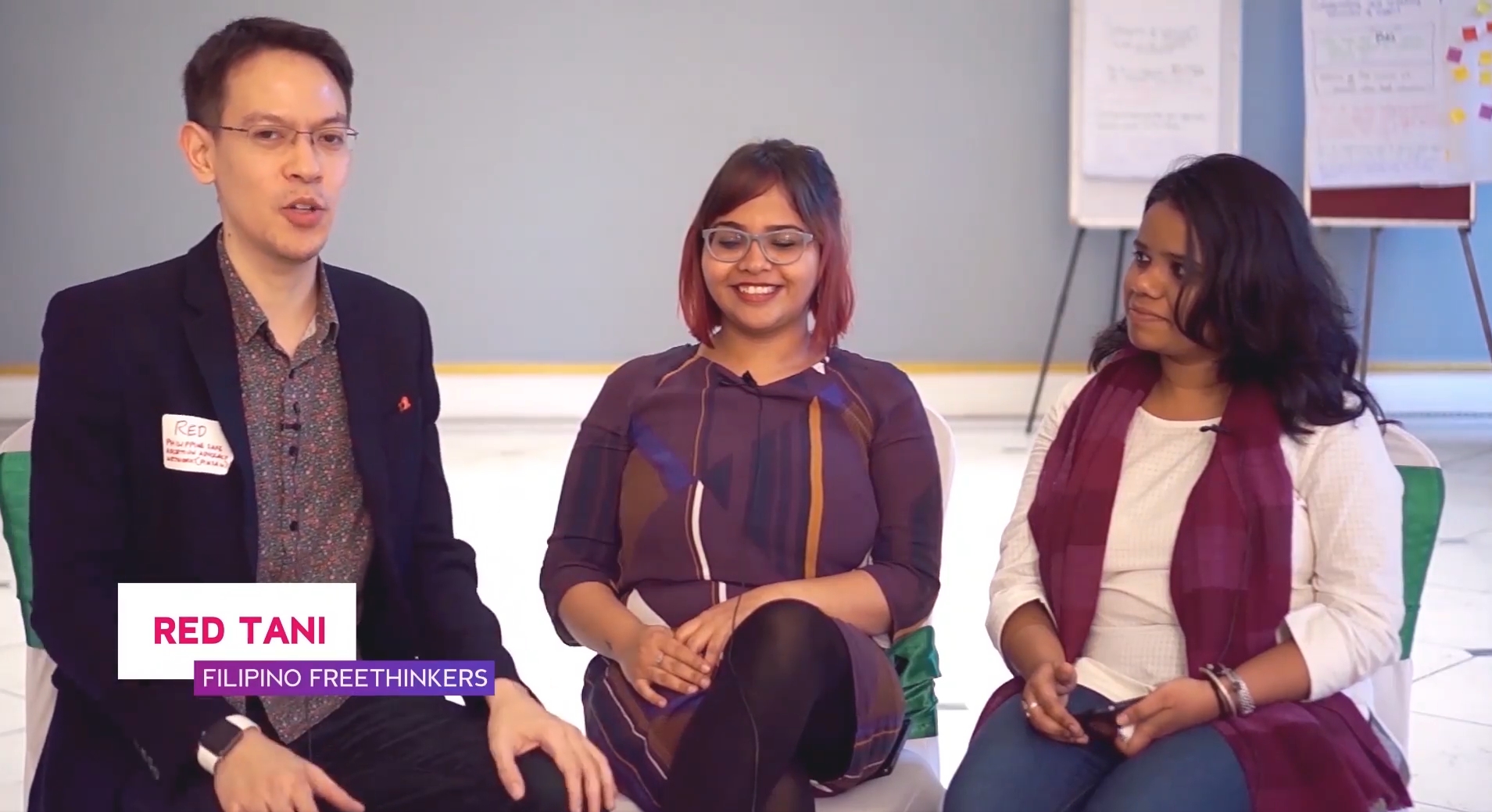 A pic from the second episode of “Hello Humanists!”, where Red interviewed two humanist and feminist activists from India.

In the Philippines, announcing to a conservative family, group of friends, workplace, and society that you are a humanist is one of the scariest and potentially dangerous things a young person can do. Filipino Freethinkers aims to learn about this challenging process through research, equip those who want to help others facing this challenge, and most importantly, help those who are directly in the middle of such a situation. 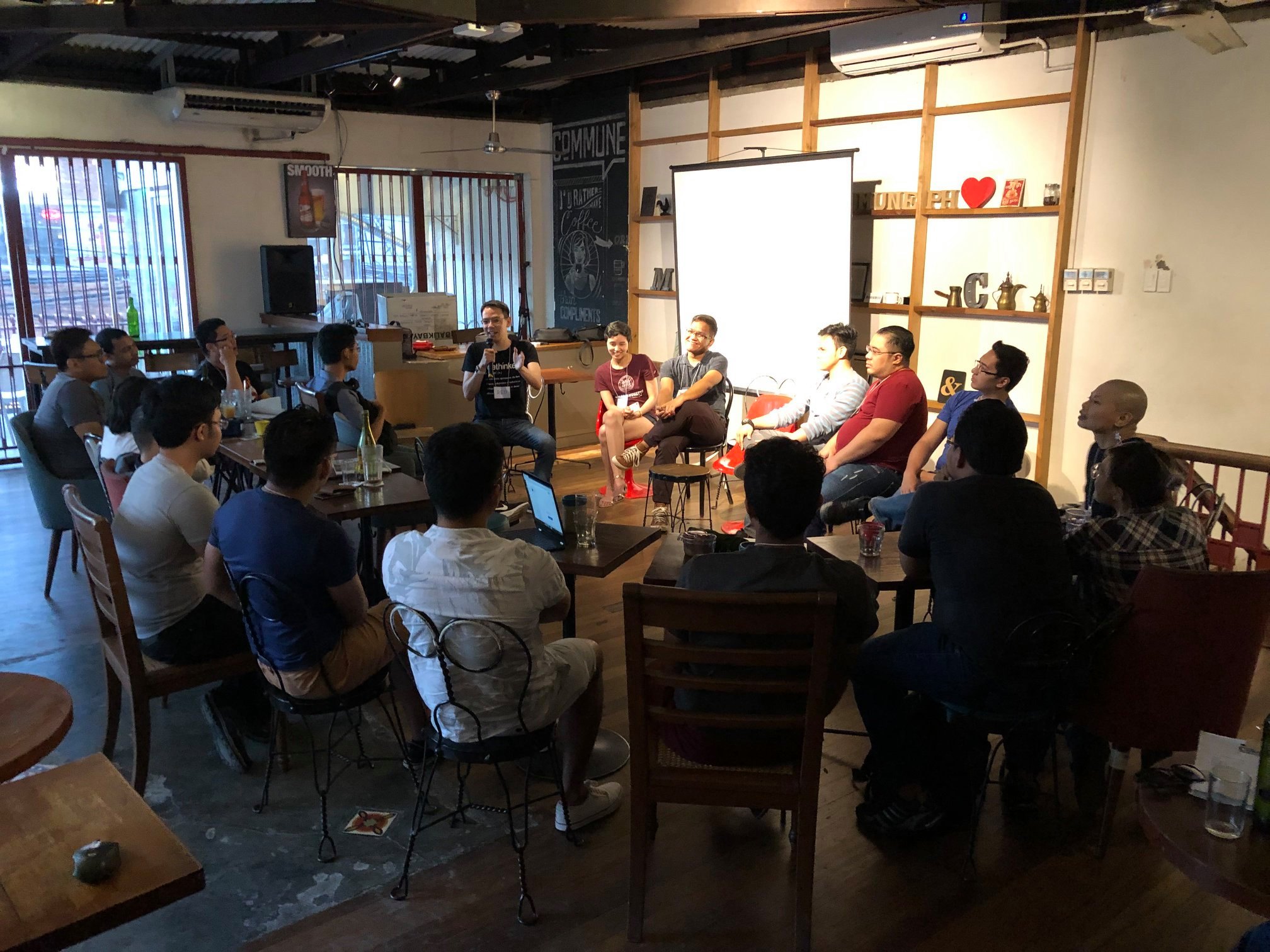 A Café Humaniste organized by Filipino Freethinkers in 2019 in Manila.For some individuals, announcing that you are leaving religion is only the first step. It is just as important to offer a viable alternative. The humanist outlook is certainly one such alternative, but there is a lack of resources that educate potential humanists in the Philippines about humanism.

Filipino Freethinkers aims to create toolkits both for coming out as well as introducing people to humanism. At the same time, the organization aims to create toolkits for the more “advanced” humanists — those who are already working on progressive advocacy. Filipino Freethinkers will create various toolkits that humanist activists can use on a variety of progressive issues, and all of these toolkits will be grounded on humanist values — including rationality, science, and secularism.