Period poverty and stigma on menstruation affects women and girls in many countries all over the world, including Uganda. All along 2021, our Associate HALEA Uganda will organize a total of 100 training sessions and open talks on Sexual Health and Reproductive Rights in schools, distributing free resources to students with the goal of empowering at least 2,000 girls all over the country.

Humanist Association for Leadership, Equality and Accountability (HALEA Uganda) is a humanist organization working for the advancement of the Ugandan society on many fronts, including tackling the so-called “period poverty” and its impact on the rights of the girl child in the country. Studies show that 60% of girls who enroll in primary school doesn’t reach university level.

HALEA Uganda has also seen a lot of girls suffer because they simply lack proper sanitary materials to use during menstruation days. A number of girls and women have approached the organization asking for sanitary protection since HALEA has been reaching out to them and has been able to help just a few. The number of people in need in Uganda is still big , this is why this project is very important. 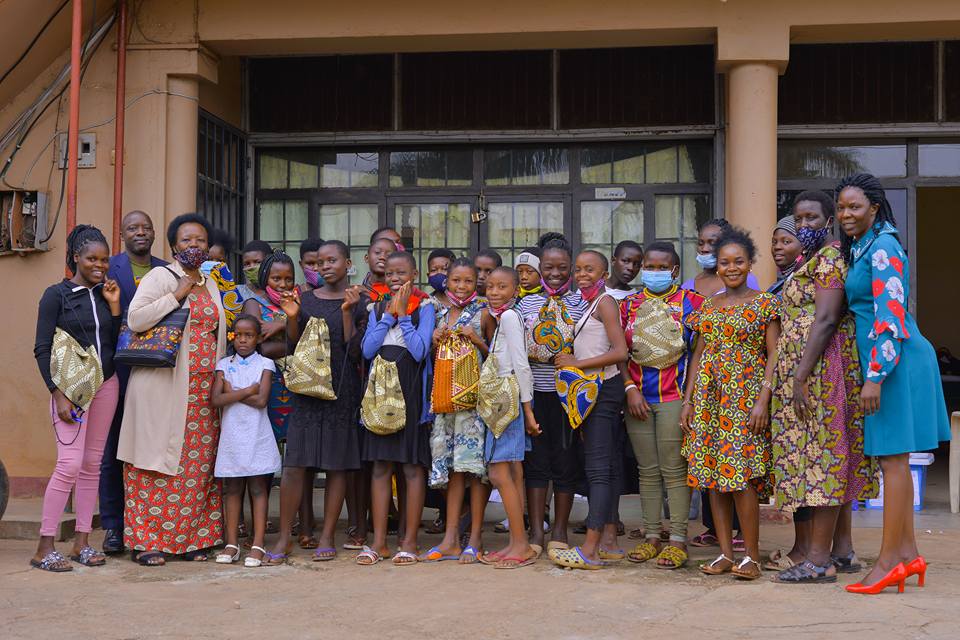 A photo from the “Menstrual Hygiene Management Training” held by HALEA Uganda in February 2020.

Supporting this project will not only promote women’s rights and advocate for Sexual and Reproductive Health and Rights (SRHR), the project will also shape young people’s reasoning/critical thinking skills. By the end of this project, young people and women will be in position to think through useless cultural norms and biblical scriptures that put them down as women which promotes Humanism at large. 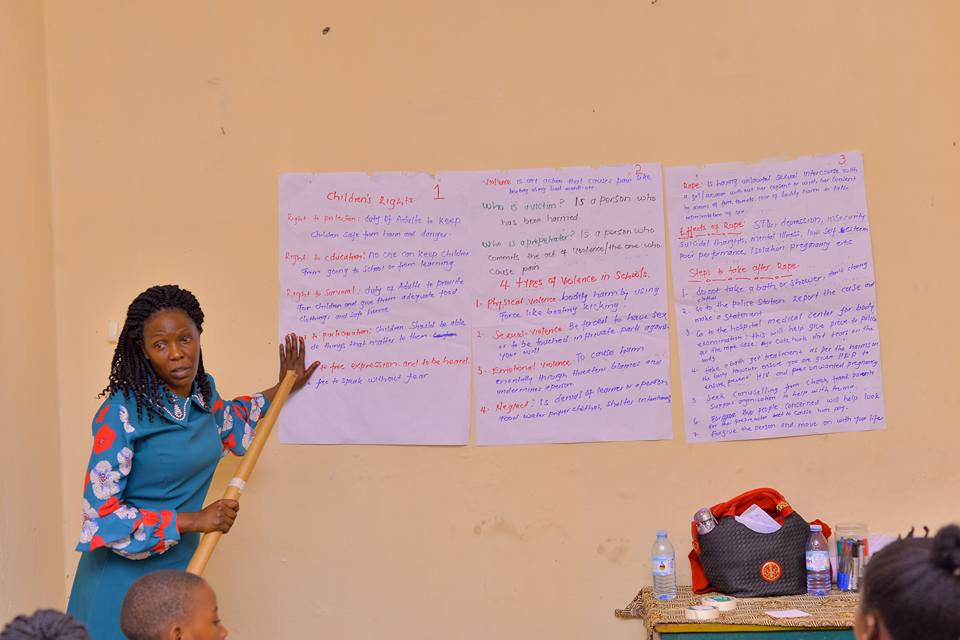 As part of the project, HALEA Uganda is educating primary school students to Children’s Rights and Sexual Health and Reproductive Rights.

The project targets young girls, teenage mothers in urban and rural areas who suffer from periodic poverty that comes with stigmatization and cultural plus religious biases. The project will offer critical thinking lessons on how to handle menstruation as well as provide pad making skills and help hundreds of girls and women be able to make own pads but also think critically on matters regarding SRHR, like menstrual hygiene, safe sex and how to handle unwanted pregnancies and the consequences of crude abortion for those suffering from the trauma.

With this project, HALEA targets both girls and women in and out of school, young mothers, senior women, teachers and opinion leaders in communities where HALEA works so as to change negative attitude towards abortion and menstruation, while enabling trained and empowered girls to be able to empower other girls going forward. HALEA intends to organize focus group discussions, community training, debates and skills training sessions as well as critical thinking workshops to talk about menstruation and menstrual hygiene from a humanism stand point and enable our targeted audience avoid stigma but also empower our participants to know exactly whats is needed to go through menstrual days without losing school time as is the case at the moment.

HALEA plans to cover three districts in Uganda, namely Kampala, Masaka and Lwengo, of which Kampala being the capital will represent the urban setting and Lwengo and Masaka will represent the village setting. HALEA’s target is to positively influence and impact lives of at least 2000 girls in 2021.