IHEU advertises for a Chief Executive

At the fore of the humanist movement and secular policy work on the international stage since 1952, the IHEU is the sole global, democratic federation of Humanist, atheist, rationalist, secularist, skeptic, laique, ethical cultural, freethought and similar organisations worldwide. (Read more about IHEU.)

The IHEU’s new President, Andrew Copson, explains the move to advertise for a Chief Executive: 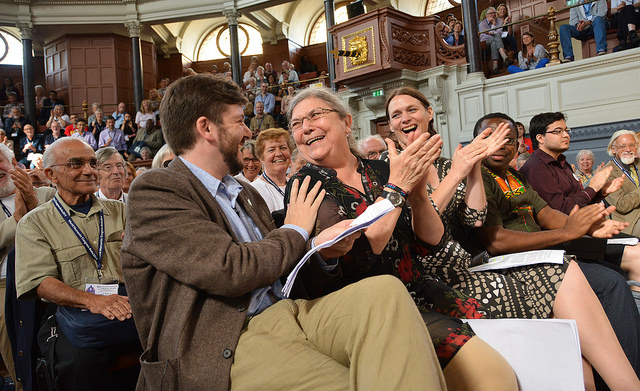 “The IHEU has recently been restructuring and professionalising, working towards creating a fully-staffed head office in London, UK. We employed an Administrator, and a Director of Communications, and after careful strategic consideration over many months, the Executive Committee has decided to advertise for a Chief Executive who will represent the IHEU, manage the staff, and continue the work of developing and expanding our organisation. This is a significant development for us, building on our decision to invest in new staff and creating a new executive function reporting directly to the elected board.

“The past few years have seen some huge changes in our work. The new IHEU Freedom of Thought Report has positioned us as a leading expert body and commentator on issues around the human rights of the non-religious, we’ve been professionalising our work at the United Nations, and we’re working with ever greater numbers of members, supporters and partners in a range of areas, including the development of new and growing humanist organisations, and the promotion of the humanist policy agenda at international forums. This is an exciting time for the IHEU and a superb opportunity for the right candidate to capitalise on our momentum.”

Potential applicants can find more information and download the application pack on the Vacancies page.