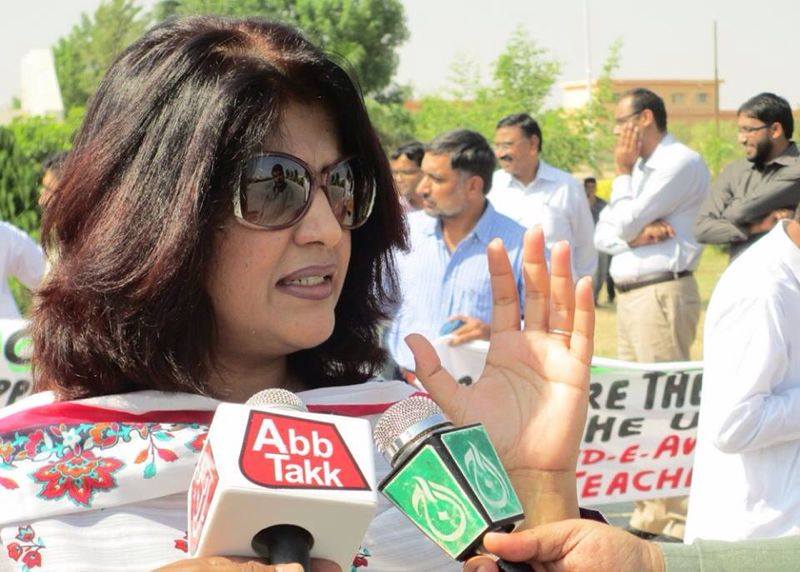 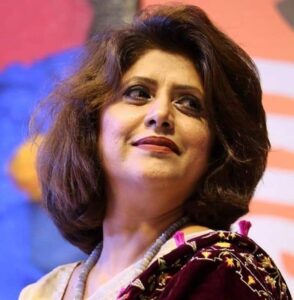 Calls for Dr Arfana Mallah to face charges of ‘blasphemy’ for her condemnation of the exploitation of such laws in the wake of the arrest of Prof. Sajid Soomro are a blatant and reprehensible attempt to stifle criticism, said Humanists International today. The Sindh authorities should protect Dr. Mallah and drop all charges against Prof. Soomro immediately and unconditionally.

“We are alarmed by reports of a vicious campaign lodged by a group of clerics, belonging to a JUI- religious party, against academic and human rights activist Arfana Mallah, after she expressed her dismay at the blasphemy charges against Professor Sajid Soomro. We demand that the State of Pakistan ensure the safety of Professor Arfana Mallah and drop blasphemy charges against Prof Sajid Soomro.” 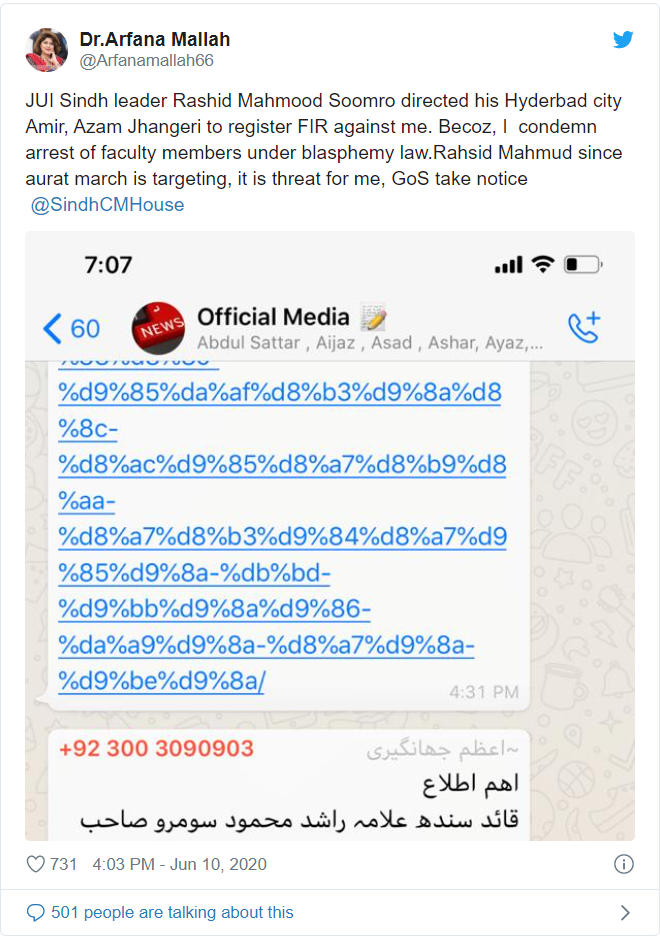 A respected academic, feminist activist and writer, Arfanah Mallah is an associate professor at the University of Sindh, Jamshoro, a member of the Women Action Forum, Hyderabad,and an author. Members of Jamiat Ulema-e Islam-F (JUI-F) – a right-wing political party – have reportedly called for the prosecution and killing of Dr. Mallah, following her criticism of what she views as the misuse and exploitation of blasphemy law by extremists. Her comments came on social media following the arrest of Prof. Sajid Soomro on 10 June 2020.

According to Voice of America, the police refused to file a complaint against Dr. Mallah, however, the aggressive social media campaign calling for her to be killed continues.

“A mere accusation of ‘blasphemy’ can be a death sentence for the accused, and Dr. Mallah’s accusers know this. In expressing criticism of the continued exploitation of out-dated blasphemy laws in Pakistan, Dr. Mallah was exercising her right to freedom of expression in line with international law and the Constitution of Pakistan. We call on the authorities to safeguard Dr. Mallah’s wellbeing, and for the immediate and unconditional release of Professor Soomro, as we call for the repeal of all laws criminalising ‘blasphemy’ and religious insult.”

On 10 June, the Human Rights Commission of Pakistan expressed alarm at what it considers recurring attacks on academic freedom of expression through the use of the country’s blasphemy laws stating, “Professor Soomro and Dr Mallah have done nothing more than exercise their fundamental right to freedom of expression – their right as citizens, their duty as academics. Indeed, it has become frighteningly common to hear of charges of sedition and blasphemy being used to intimidate citizens who dare speak up.”

Organisations across Pakistan have come together in support of Dr. Mallah, condemning what they see as “the weaponization of blasphemy and sedition charges that are repeatedly used as an instrument to silence dissenting voices in this country” and warning against the constant attacks faced by feminist activists in the country.

In recent weeks, Humanists International has been alerted to several reports of the use of blasphemy laws to censor individuals for content that is deemed ‘blasphemous’. On 5 June 2020, the Punjab Assembly reportedly unanimously passed a resolution calling for three books to be banned and all existing copies to be removed from circulation.