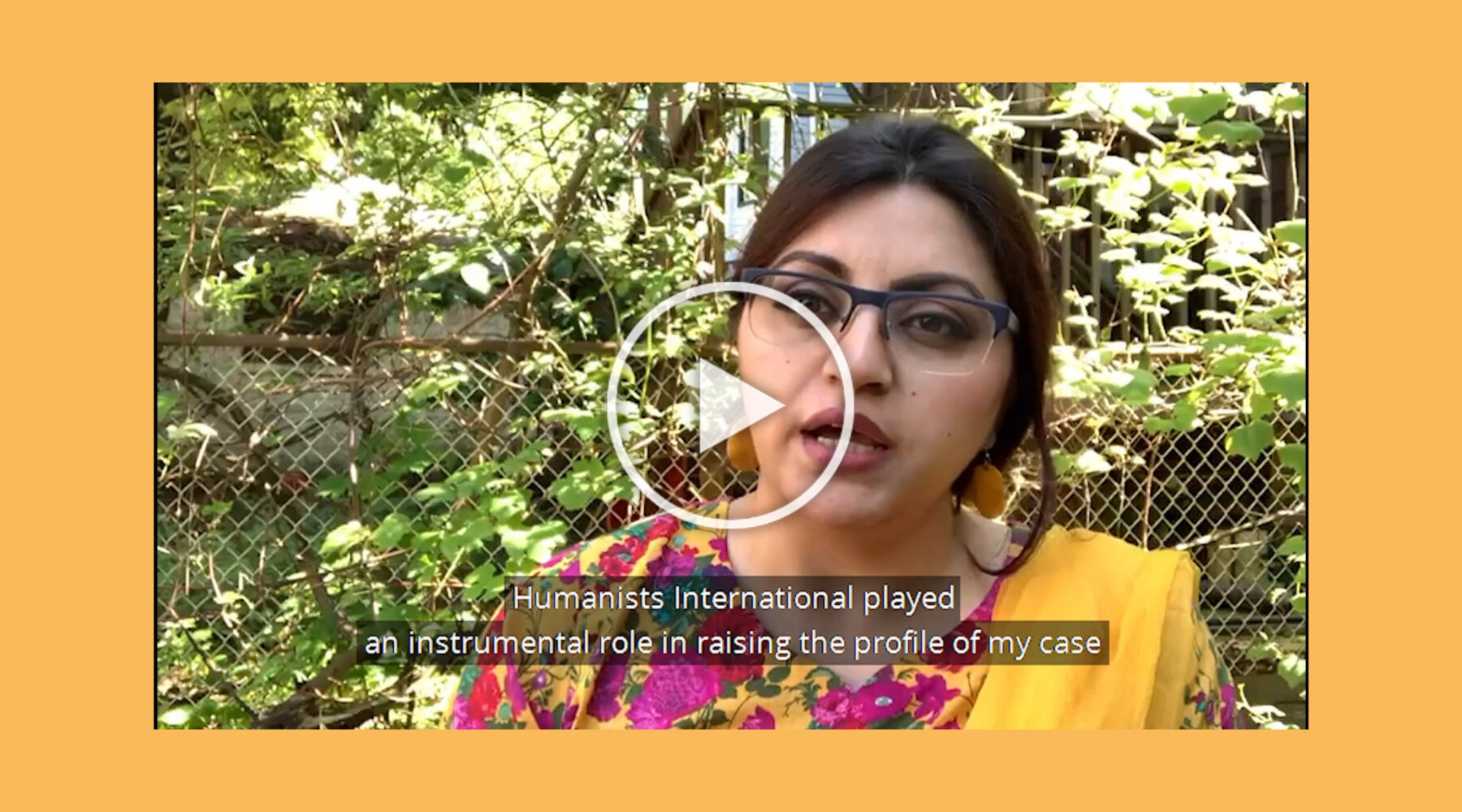 A message from Gulalai, one year after she was forced to leave Pakistan

Gulalai Ismail is a humanist and human rights activist from Pakistan. When she was 16 she founded Aware Girls, an organization that works to empower women and girls in her country, and since 2017 she is a Board member of Humanists International.

Because of her human rights activism in Pakistan, Gulalai faced (and still faces) harsh persecution and harassment, like many other humanists at risk in her country. She has been accused of blasphemy and terrorism, and eventually she was forced to leave her country and to seek asylum in the USA, leaving her family behind in Pakistan, where they are currently still harassed by the Pakistani authorities.

In the video message below, Gulalai reflects on a year of persecution, what it mean to live as a humanist in Pakistan, and what role Humanists International played when she was forced to leave her country last year.

The story of Gulalai’s arrest

Gulalai was first detained on 12 October 2018 as she returned to Islamabad from a Board meeting in London. She was arrested by the Pakistani FIA (Federal Investigation Authority), who also confiscated her passport and listed Gulalai’s name on the ‘exit control list’, removing her right to travel.

Within minutes of her being detained, Humanists International was alerted and had begun the process of compiling information and coordinating our global campaign to ensure her safety. 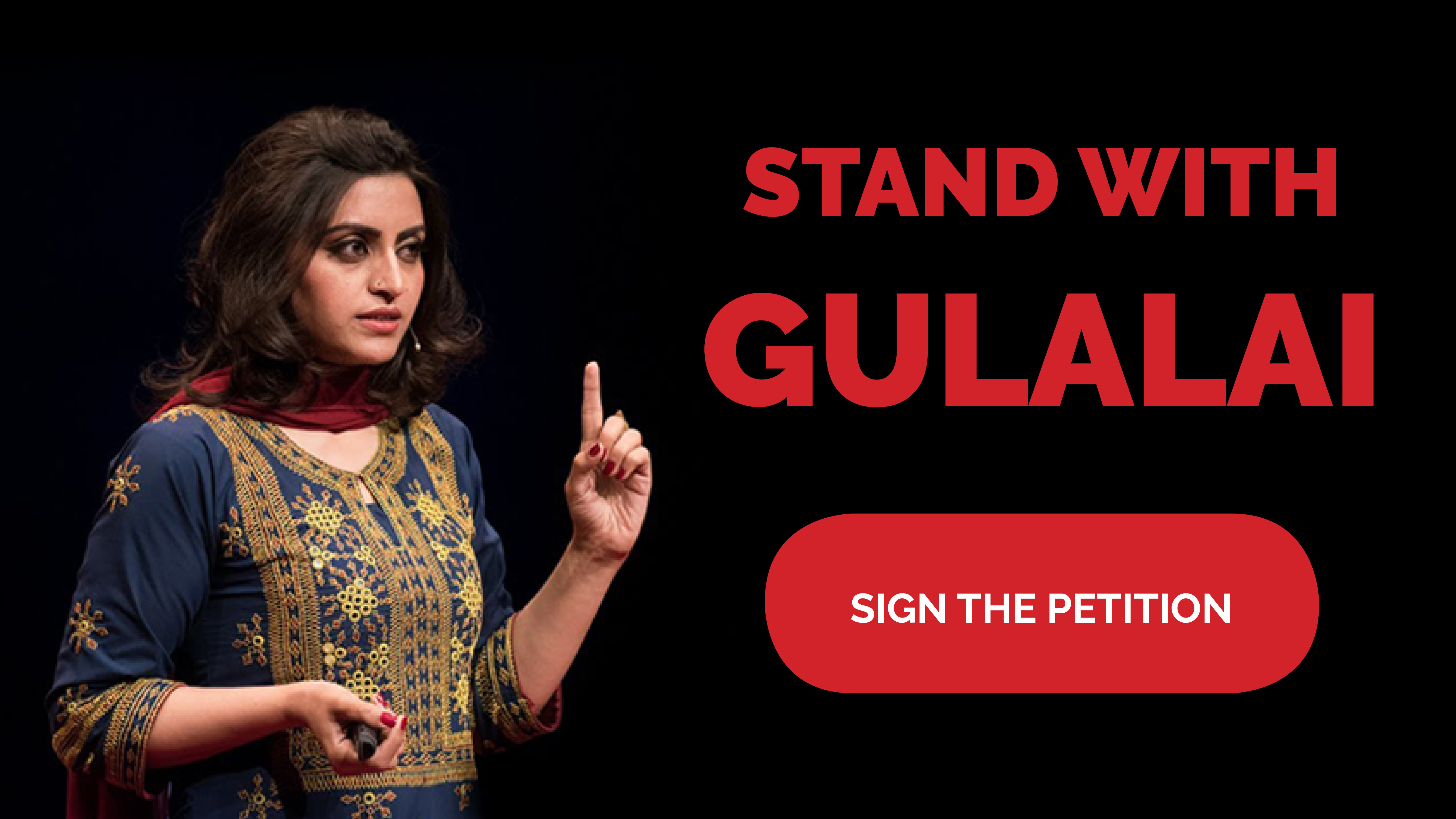 The first petition launched by Humanists International to rescue Gulalai

Following her detention, Humanists International – and other humanist organisations around the world – led a long and active campaign to raise awareness of her persecution. In July 2019 a group of over 40 NGOs, including Humanists International, signed an open letter to the US Congress urging them to intervene and question a visiting Pakistani delegation. In the same month, Humanists International’s director of Advocacy, Dr Elizabeth O’Casey, made a statement to the UN Human Rights Council saying:

“We call on Pakistan, a member of this Council, to revoke the charges against Gulalai with urgency, to instead protect and cherish a citizen who speaks truth to power in defence of countless women and girls and who provides hope and courage in a world full of intimidation and injustice.”

Almost one year after her arrest, on 19 September 2019, Gulalai announced that she had safely reached the United States to claim asylum. Upon her arrival in the USA, Gulalai sent this personal message to supporters of Humanists International:

“I have arrived safely in the United States, and I am on track to get asylum here where I can be safe. The last few months have been awful. I have been threatened, harassed, and I am lucky to be alive. I need you to know how immensely grateful I am to all of you, and to the wider humanist family around the world; by continuing to raise my case and making sure that authorities in Pakistan could not forget about me. The work of Humanists International was key in making sure that the authorities in Pakistan were held to account. I am incredibly grateful to all of you who helped.” 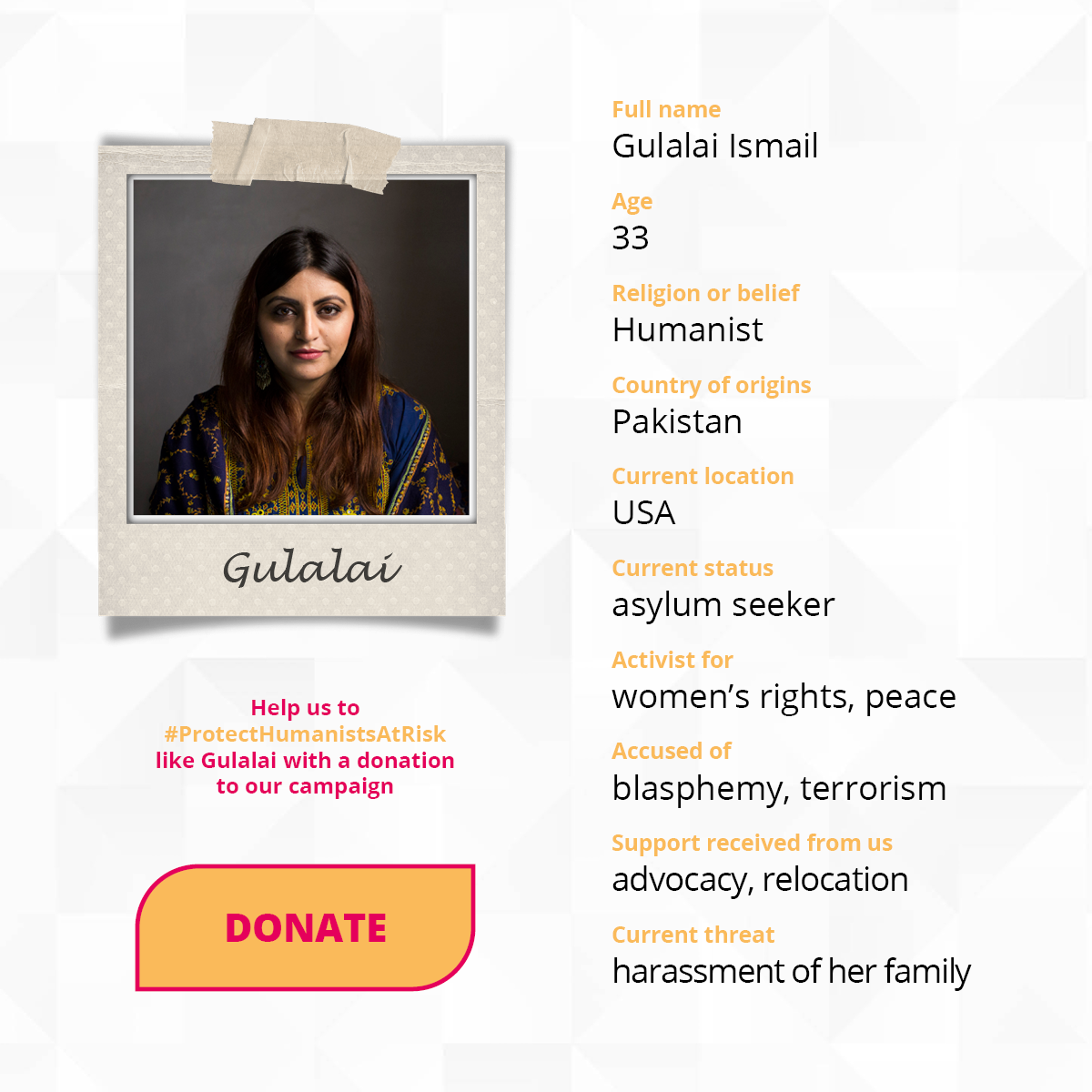 While Gulalai lives in exile, the Pakistani authorities seek to leverage her father’s freedom for her silence.

Pakistan is one of the eight countries analysed in great detail in our Humanists At Risk Action Report 2020. If you want to support our work in defence of humanists at risk around the world, please consider making a donation to our campaign.