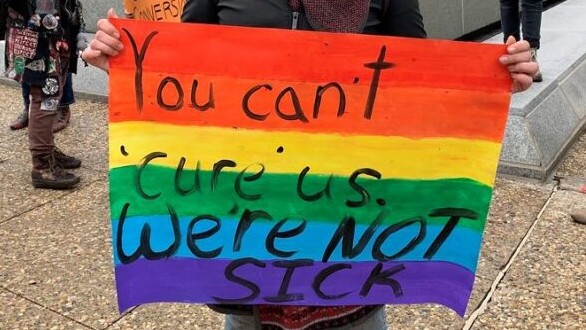 During a statement to the United Nations this week, Humanists International called on all  states to ban anti-LGBTI “conversion therapy”, highlighting and refuting the religious arguments underpinning the practice.

Humanists International made the statement at the 44th session of the Human Rights Council,  during a dialogue with the UN Independent Expert on protection against violence and discrimination based on sexual orientation and gender identity, Victor Madrigal-Borloz, discussing his recent report on practices of LGBTI conversion therapy.

Insights from the report

Mr Madrigal-Borloz’s report marks the first time that this issue has received coverage in the UN’s history. The report contains insights and detailed research on the forms and prevalence of conversion therapy.

Conversion therapy refers to practices which seek to ‘convert’ individuals from identifying as non-heterosexual to heterosexual and from identifying as trans or gender diverse to cisgender. Conversion therapy pathologizes LGBTI identity by seeing it as equivalent to a form of mental illness, and it can leave profoundly damaging effects on an individual’s sense of identity and self-worth. The report notes that conversion therapy practices are widespread, occurring in at least 68 countries. The methods used are infinitely varied, and at their most extreme include heinous human rights violations such as “corrective” rapes, beating, verbal abuse, electrocution and humiliation, isolation and confinement. 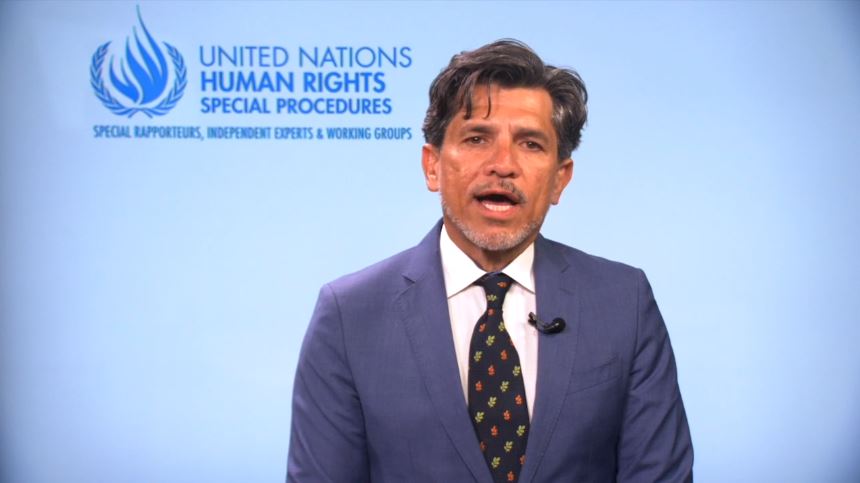 The Independent Expert found that two of the main perpetrators of abuse are: (1) medical and mental health-care providers and (2) religious authorities, faith-based organizations, and traditional healers. The victims especially at risk are children, with many parents tending to be motivated by religious beliefs that consider sexual and gender diversity to be “immoral” and incompatible with their religious tenets.

A key finding from the report is that conversion therapy can amount to torture, cruel, inhuman or degrading treatment “in its very essence”, such that its perpetrators “must act on callous disregard for human suffering.” The Independent Expert concludes by recommending a global ban on the practice.

Humanists International’s intervention tackled some of the arguments that are typically employed by religious authorities to justify the practice of conversion therapy.

These include the claim that bans on conversion therapy would interfere with freedom of religion or belief. In this vein, during the interactive dialogue, the delegate for China made the claim that “people should respect the culture, traditions and religion of countries and should avoid imposing views on others”.

Humanists International made clear that there is no fundamental right to discriminate against others in the name of religion. Indeed, there are examples of inclusive faith-based groups that prove that holding anti-LGBTI views is not an inherent part of religious belief.

The other argument frequently used to justify conversion therapy suggests that the practice is actually a beneficial service to LGBTI individuals, who ‘consent’ to the practice as a means of guiding their process of ‘self-discovery’. For example, during the interactive dialogue, the anti-LGBTI organisation CitizenGo argued that bans on conversion therapy would limit the “freedom of citizens to enlist the assistance of professionals…when their thoughts and behaviours cause difficulties and suffering.”

Humanists International categorically opposed this myth: any practice with ‘conversion’ as the ultimate aim views being LGBTI as abnormal and inadequate, and such a message is an indisputably harmful one for victims – especially young children – to take in. Our world needs greater tolerance, normalisation, and celebration of diverse sexual orientations and gender identities, not less.

We need to subject to greater scrutiny the religious pseudo-scienctific beliefs that underpin practices such as “conversion therapy”. We support a comprehensive ban on the practice, and we call on States to re-evaluate the charitable status of organizations that shamelessly promote it.

The full text of the oral statement is available here.

Background on mandate of the Independent Expert

From its creation in 2016, the Independent Expert’s work has faced significant opposition, with States such as Russia and Saudi Arabia refusing to recognise his mandate, and conservative anti-LGBTI groups using the interactive dialogue to make discriminatory remarks.

Humanists International strongly supported the creation of the mandate and is in favour of issues affecting LGBTI individuals receiving specific attention at the Human Rights Council, a matter which is long overdue. Last year, Humanists International made a statement at the UN in favour of renewing the mandate, and joined 1315 organisations from 174 States and jurisdictions in an separate call.