Human rights activist and President of the Humanist Association of Nigeria has now been held without charge for 200 days in a clear violation of his fundamental rights, enshrined in the Constitution of the Federal Republic of Nigeria and international instruments to which it is state party.

“The fact that the Kano State authorities continue to hold Mubarak Bala, the President of the Humanist Association of Nigeria, without charge 200 days on beggars belief and demonstrates a shocking disregard for the law by those appointed to uphold it.

“One hundred days ago, Wole Soyinka wrote on behalf of humanists everywhere when he said ‘I write today to tell you that you are not alone, there is a whole community across the globe that stands beside you and will fight for you. We will not rest until you are free and safe’ his words ring as true today as they did on that day.”

Following months of advocacy, Bala was finally granted access to his legal team in October, more than five months after his initial arrest. Bala has yet to be brought before a court and charged with a crime. Meanwhile, the Abuja High Court is currently reviewing a fundamental rights petition filed by his lawyers, which seeks to secure Bala’s release on the basis that his detention violates his rights to liberty, fair trial, freedom of thought and expression, and freedom of movement. A ruling is expected to be delivered on 10 December 2020, human rights day.

Humanists International believes that Mubarak Bala is being targeted for the peaceful exercise of his rights to freedom of expression and religion or belief, and calls for him to be charged with a crime or released; if charged, he should be transferred to a neutral territory in order to ensure his right to a fair trial. 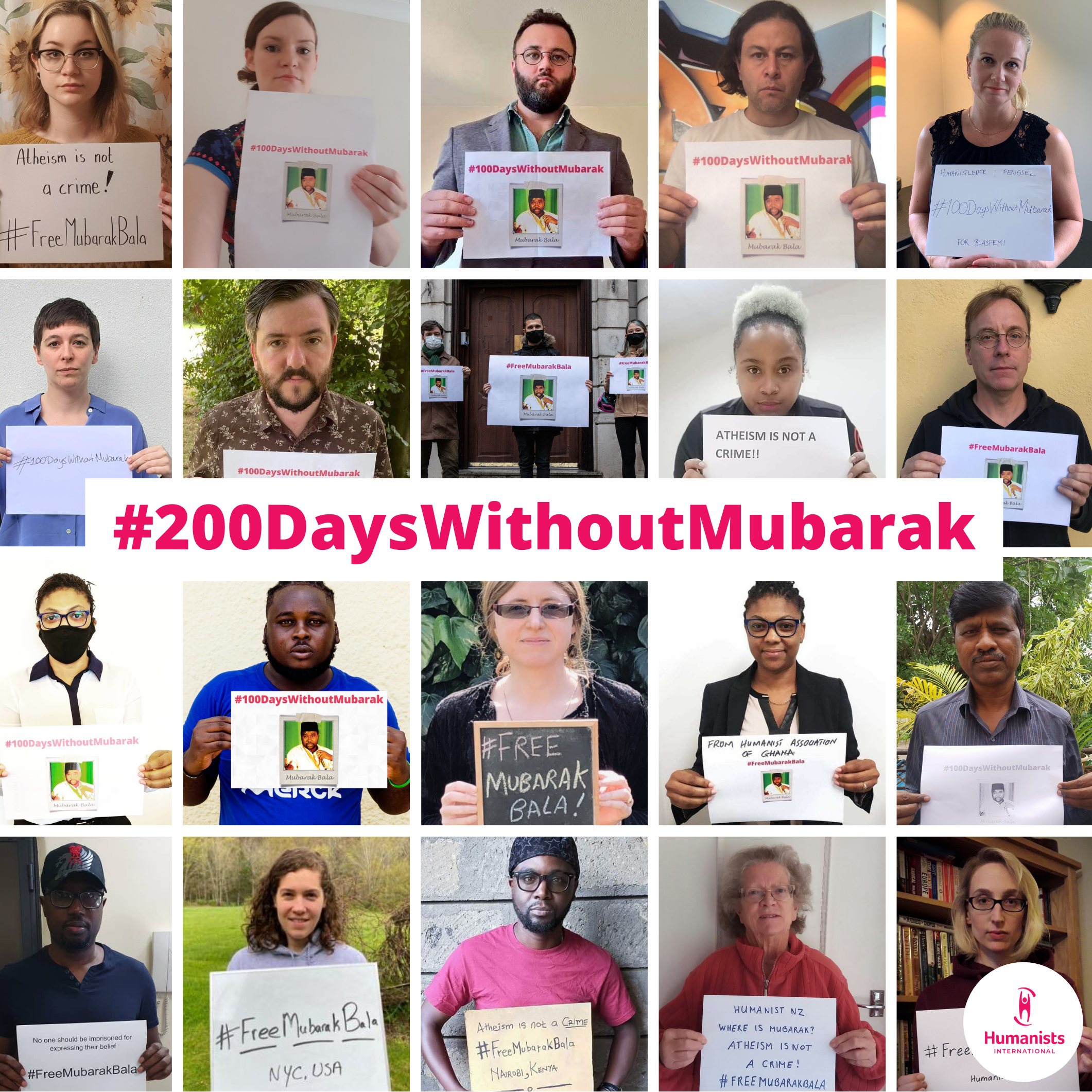