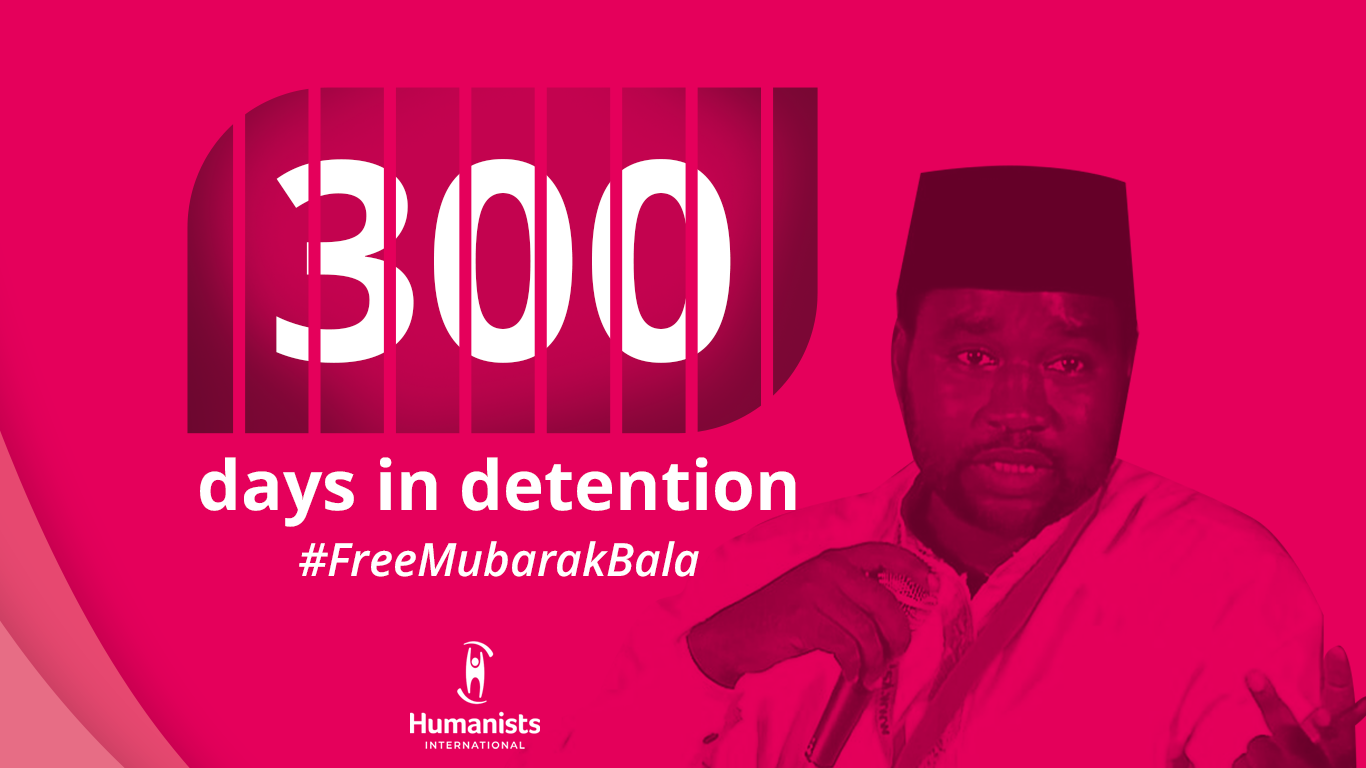 Human rights activist and President of the Humanist Association of Nigeria has now been held without charge for 300 days in a clear violation of his fundamental rights, enshrined in the Constitution of the Federal Republic of Nigeria and international instruments to which it is a state party.

In protest at his ongoing arbitrary detention, humanist activists across the globe will be observing a symbolic 300 seconds silence; one second for each day Bala has been detained – here is how to join the protest: freemubarakbala.org/22-february-2020

“The courts have spoken; Mubarak Bala’s arbitrary detention must end. We urge the High Court of Abuja to rule in favour of Bala’s lawyers’ petition challenging the jurisdiction of Kano State courts. Only by transferring Bala to a competent court in Abuja can justice expect to be served and his safety ensured.”

Bala’s legal team filed a second Fundamental Rights case petitioning the Abuja High Court to order that the potential arraignment (if any) takes place in Abuja, where Bala stands the possibility of a fair trial. The petition challenged the jurisdiction of Kano State to prosecute Bala for expressions made outside its borders and raised legitimate concerns for their clients’ well being should he be arraigned and released on bail in Kano state. A hearing of the petition is scheduled to take place on 1 March 2021.