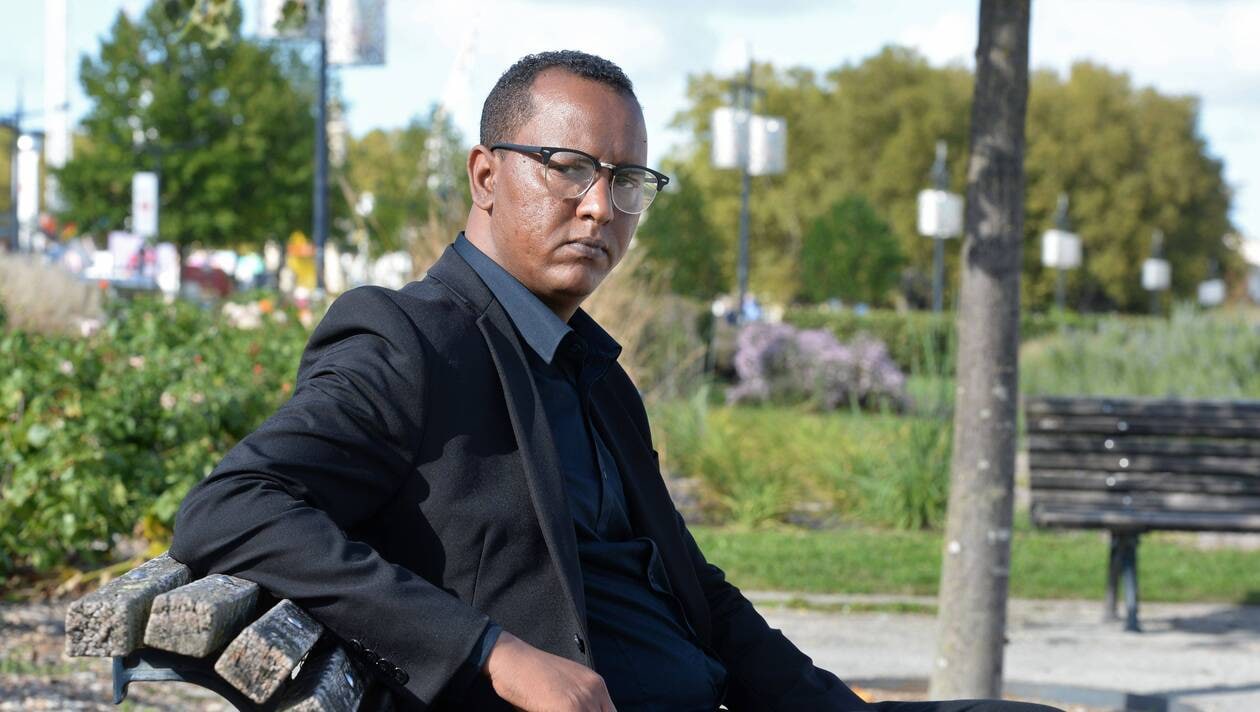 Speaking on behalf of Humanists International at the UN, Cheick Ould Mohammed Mkhaitir denounced continuing rights violations, including the practice of slavery and the persecution of anti-slavery activists, in his home country of Mauritania.

Mkhaitir’s intervention was, in part, a personal one: in 2014, Mkhaitir was arrested for crimes of “blasphemy” and “apostasy”, for publishing material that was critical of Mauritania’s system of caste discrimination and slavery. In Mauritania, it is estimated that 90,000 people are living in a situation of slavery (as of 2018),  with Haratin women and children being particularly impacted.

Initially given the death sentence , Mkhaitir was only freed after 6 years of imprisonment, and has since relocated overseas. Humanists International campaigned for his release at the UN during his period in detention. 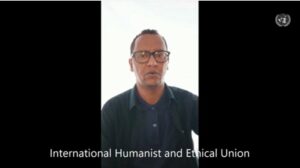 In the statement, delivered in Arabic, Mkhaitir set out how, “in the years since [his] arrest, the Mauritanian government has only become more repressive.” He referenced an amendment to the Penal Code in 2018, which has made the death sentence for crimes of apostasy and blasphemy compulsory.

Mkhaitir also criticized Mauritania for its persecution of anti-slavery activists and human rights defenders, many of whom find themselves subject to arbitrary arrest and detention, often on politicized “blasphemy” charges, for “inciting hatred” or “making statements contrary to the official doctrine of the Islamic Republic of Mauritania“, under a 2018 Non-Discrimination and Criminalization of Hate Speech Act.

During its review, Mauritania did not accept recommendations to decriminalize apostasy and blasphemy, or to abolish to death penalty. By way of explanation, the delegation simply put to the UN that, “foreigners in Mauritania are free to practice their own religions”.

Mkhaitir’s statement was delivered during the adoption of Mauritania’s Universal Periodic Review (UPR) report at the UN Human Rights Council, a process which examines the human rights performance of all 193 UN Member States every 5 years. Mauritania’s next review will be in 2025.